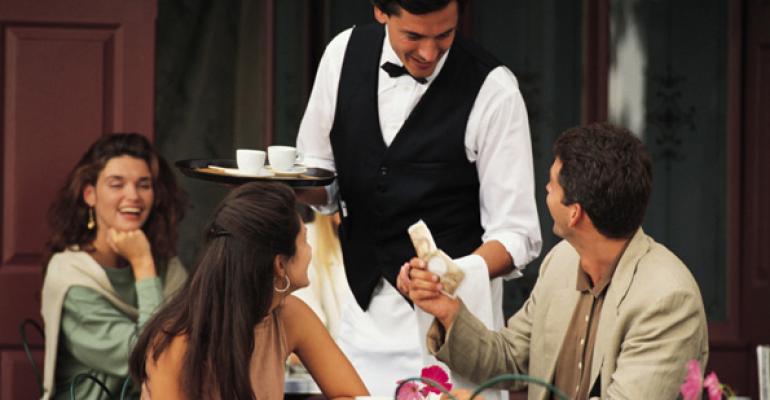 The art of approaching the table

Over the years I’ve repeatedly expressed my love for servers. After a long day of work, I’d prefer not to make dinner at home, but rather put myself in the hands of experts (servers, cooks, bartenders) who are trained to take care of customers (or as many of you say, guests). I understand that a restaurant is a living, breathing entity that must adapt to ever-changing circumstances. As such, things go wrong, and even the best shortstop muffs a hot ground ball every once in a while. I’m okay with that. Nevertheless, I get anonymous letters from servers who have been instructed by owners to read one of my columns that has been posted somewhere in the back of the house. The owner apparently thought I made a good point about something, but some servers get annoyed. “You don’t understand how difficult this job is.” I do, and it’s the reason I love great servers so much. Making people happy, often grumpy people, is not easy. When I observe a great server in action, I’m blown away. They’ll know I was blown away because I’ll blow them away with my tip. However, when I see one who is just mailing it in (and there are plenty), I can’t help but think they should get a job at the post office or anywhere but a restaurant.

In between great servers and servers who don’t give a damn are servers who have bad habits that they are unaware of or their managers have never corrected. To that point, I was at an upscale restaurant recently with four consulting gents who were advising on a restaurant project. I only knew one of the guys at the table so it took some time to get to know each other. During that process, our server arrived at the table and jumped right in: “Can I get you something to drink?” She interrupted in the middle of a sentence. Okay, bad timing on her part. But then she did it again three more times during the meal, once in the middle of a story/joke. Ouch! Stepping on a punch line is never cool.

I know restaurants want to keep service moving and turning tables, but in this case it was a very late lunch in a restaurant that was nearly empty. There was nobody vying for our table. Still, even if there was, I believe a server should never interrupt a customer. It’s just rude. I believe a server should approach the table, make his or her presence known, and when there is a pause in the conversation, make the needed point: “Have you had time to look at your menus?”

“Can I get you anything else?”

Maybe I was having a bad day, but the server’s constant interruption was really annoying. The others didn’t seem to mind as much. Nevertheless, I’m talking about the finer points of service in a better restaurant. But are server interruptions acceptable in any eating establishment?

Have you taken the time to discuss this finer point with your servers? Is this a complaint that ever comes up? Do you train servers on how to approach a table? I’d love to know your thoughts. Please send me an email at [email protected].