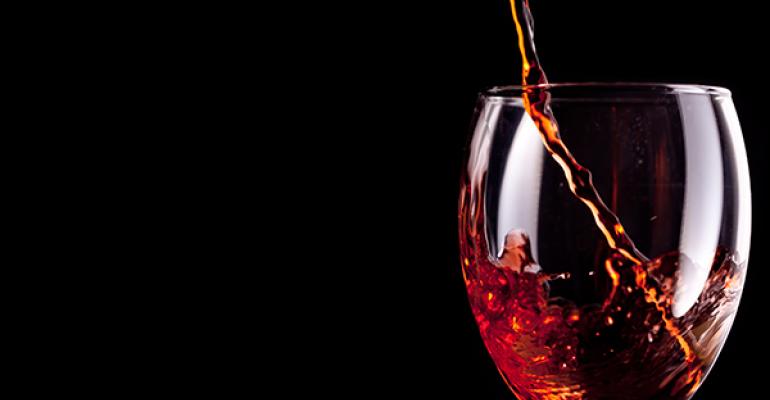 Wines on tap—dispensed from kegs, like beer—leads to cost savings, less of an environmental impact and wines that are fresh from the first to last glass, according to a Restaurant Wine report.

The article estimates there are over 200 establishments in the US serving wine from a keg. Cost savings come from reduced packaging, transport and waste, restaurant owners say. “It speeds up service because bottles don’t need to be opened and dealt with,” adds Sang Yoon, owner of Father’s Office in Santa Monica, CA. The Father’s Office has 12 wines on tap.

The worst California drought in 500 years is being blamed for a 40-percent increase in lemon prices, forcing restaurants to cut back.

Landry’s restaurants, for one, are no longer offering lemons with their iced tea unless requested, according to a CBS News report. In addition to the drought, some blame the harsh winter, which brought late freezes and heavy rains in Mexico and in California’s Coachella Valley.

Mintel data shows lemon-flavored ingredients on foodservice menus rose 11 percent between the second quarters of 2011 and 2014.

According to a report on BankITAsia.com, the POS provider noted that an additional 108 independent restaurants that use its payment terminals were also hit. The breach is thought to have begun on June 16 when someone began gaining access to the terminals through a user name and password that are normally used to remotely manage the devices. But it wasn’t until July 30 that the company first learned there could be a problem and malware was removed from most terminals.

The Chew co-host Carla Hall could have sought investors to help finance her first restaurant, she opted instead to launch a Kickstarter fund, which will help her raise money without giving away equity in the shop.

The former Top Chef contestant hopes to open a restaurant in New York City that features the food of her hometown, Nashville. Hall will work with restaurant and design company AvroKO on Carla Hall’s Southern Kitchen, which is expected to open as early as March.

An Eater feature on Rick Bayless published last week highlights the versatility of the Chicago-chef-turned-national-celebrity.

These days, Bayless is adding the most spice to life outside of the kitchen. From his dinner theater acting to his backyard garden tours to his elaborate dinner parties, Eater debates whether Bayless is, in fact, “The Most Interesting Man in the World.”