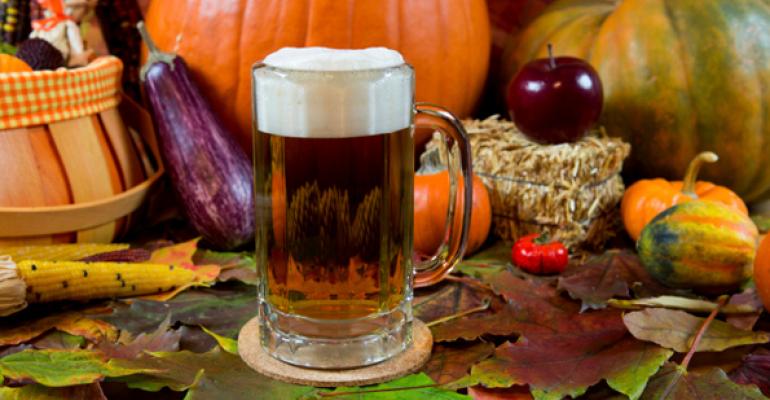 When you think about Thanksgiving dinner, turkey probably comes to mind. Beer should be close behind, at least according to Eric Kobus. The craft and specialty brands manager for Chicagoland’s largest distributor Louis Glunz Beer says restaurants can drive more beer sales by suggesting pairings and he offers some tips for those serving Thanksgiving dinner.

With roast turkey, the star of any Thanksgiving celebration, Kobus says there are various ways you can go with a complementary beer. “Avoid anything too hop forward, like an IPA,” he says. “Look for something light, like a Belgian-style golden ale or triple. Those light, floral flavors really complement the meat, and in addition, they would be a great way to cut through the gravy and hold up to the meat and not play against it.”

He suggests the La Fin Du Monde from Unibroue. The triple-style golden ale has a floral bouquet with notes of honey, spice, and coriander that pair well with rich, gamey roast turkey, he says.

Here are his recommended pairings for other Thanksgiving Day staples:

• Green bean casserole pairs perfectly with the traditionally brewed Liberty Ale from Anchor Brewing. The bright flavor from the cascade hops makes this beer the perfect palate cleanser to a rich and creamy dish.

• It isn’t Thanksgiving without a pumpkin pie and Kobus suggests playing up the lightly sweet pie with the Vanilla Porter from Breckenridge Brewery. The ale has hints of chocolate and roasted nuts and gets an extra kick from vanilla that complements the earthy flavor of the pumpkin pie.

For those operators unsure of where to start with pairing ideas, Kobus suggests asking distributors for help. Some, especially if they focus on craft beers, will be able to provide suggestions and even training to restaurant staff. If not, he says, the website (craftbeer.com) from the Brewers Association offers plenty of education, including this handy pairing chart.