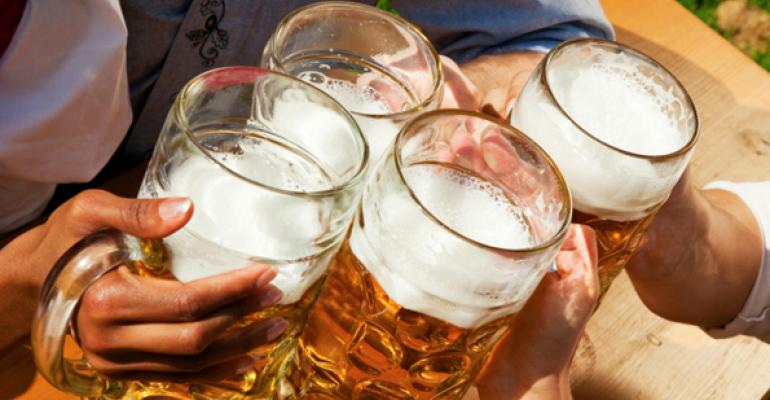 Will there ever be a day when beer isn’t the most common “favorite” drink? Judging by the new brewers, brands, flavors and beer-centric bar and restaurants coming to market, it’s hard to believe. But, beer is losing share as the favored alcohol category, according to the most recent Alcoholic Beverage DemandTracker from Consumer Edge Insight, which surveyed adults 21-and-up who drink alcohol at least once a week.

Concerning for the beer industry: The loss was driven by men, 51 percent of whom described beer as their favorite this year, down from 54 percent a year ago. The good news, though, is 26 percent of women answered the same, up from 24 percent last year. The reason, according to Consumer Edge Insight, is the proliferation of new brands and flavor choices. Women are more likely to say that impacts their drinking choices.

By age group, beer lost the most share among 21- to 27-year-olds (39 percent a year ago, now 33 percent) and 39- to 54-year-olds (47 percent down to 41 percent). Beer did gain with older drinkers, 55-and-up, of whom 38 percent said beer was their first choice, up from 31 percent a year ago. The most common reason given among young drinkers for the drop was they are “getting tired of the taste of beer” (39 percent).

This comes on the heels of GuestMetrics’ recent third–quarter report, which indicated on-premise alcohol sales were down on the whole, led by beer. The fourth-quarter didn’t start off any better as on-premise beer volumes were down 5.2 percent in the most recent four-week period. Volumes were down 8.1 percent in bars and clubs and down 5.3 percent in casual dining. Craft beer, though, was up 3.4 percent and cider gained 52 percent. Premium light (down on average 10 percent each quarter this year) and premium regular (down eight percent in the third quarter) have been hit the hardest.

The takeaway? It’s not time to start cutting back on the beers you serve; if anything, maybe reconsider the types you offer. Beer is still the first choice among the largest group of consumers, and although it may be losing some luster among its core base, it is branching out into new groups. Our guess? The drop in premium regular and light categories directly correlates to the loss in share of men and the younger crowd, while the gains among women and those 55-and-up are because of the surge in craft brewers and other new styles and flavors.