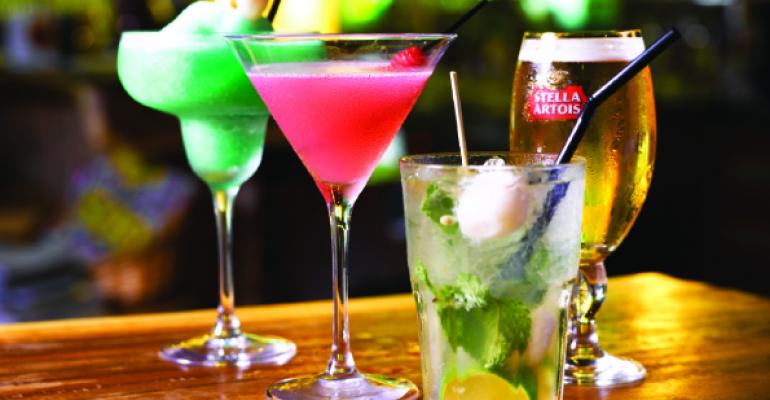 Drinks are a powerful way to distinguish your restaurant&mdash;and improve the bottom line. Is your beverage menu all it can be?

The classics are back in style. Many of today’s most popular drinks harken back to a simpler time, especially pre-Prohibition or the mid-20th-century, when the original Rat Pack was the epitome of cool. According to Mintel Menu Insights, drinks like the Manhattan, gimlet, Sazerac and sidecar have taken off in the last few years, in part because of “cocktail geeks.” These geeks and mixologists are avid students of the history behind some of these iconic quaffs. 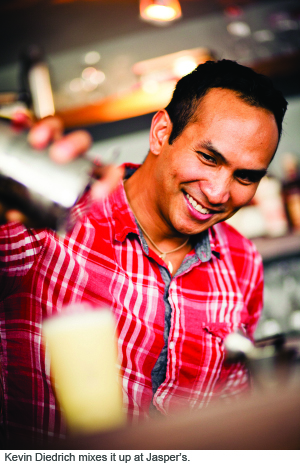 “This approach combines, with better ingredients, some nostalgia for a time when people had time to enjoy cocktails and cocktail parties and widespread interest in ‘cocktail culture’ to boost interest in the classics,” says Kathy Hayden, senior foodservice analyst at Mintel.

To overcome the intensive labor involved in preparing some cocktails, more restaurants and bars are turning to batch cocktails, cocktail dispensing systems and other methods to speed up service. In Chicago, Tavernita developed seven signature cocktails, all crafted with house-made tonics, syrups and elixirs, then worked with consultants the Tippling Brothers to store them in kegs. After its initial success serving Negronis on tap, Jasper’s Corner Tap & Kitchen in San Francisco added Hanky Pankys (gin, sweet vermouth and Fernet Branca). In an efficiency move, Old Chicago, a CraftWorks Restaurants brand, discontinued frozen drinks and other cocktails that take too long to mix.

Speaking of cocktails, creating a signature exclusive is a good way to get some attention. San Francisco’s Grand Cafe did that recently by offering Chartreuse on tap, along with a menu of drinks based on the 18th-century herbal liqueur.

When it comes to beer—still the highest volume (in cases) of all categories—craft beer is the hottest segment, according to Donna Hood Crecca, a senior director at research firm Technomic. “We have it growing in volume 11.2 percent in 2011. Now it accounts for about 5.5 percent of total beer volume, and that will continue to grow,” she says. Clearly, any restaurant that wants to stay relevant will consider adding at least a few craft beers to its beverage lineup.

Milwaukee’s Rumpus Room, which Bartolotta Restaurants opened about a year ago, seeks out unique local and regional beers as a point of differentiation. One recent example: a limited-edition amber lager flavored with cascade hops grown in northern Wisconsin. And in suburban Detroit, each of the area Bagger Dave’s Legendary Burger Taverns devotes all eight of its taps to Michigan craft brews, which account for about 70 percent of beer sales.

Seasonal beers also have a loyal fan base, but deciding which labels to carry is tricky. “There are so many seasonals now that you need to manage the category,” Crecca says. “You don’t need every Oktoberfest beer that comes out. You need to taste them and be selective, making sure the flavor profile will work for your guests and your menu.

“What can you do with beer and food pairings around seasonals to create interest?” she adds. “There are some good opportunities to do limited-time offers to generate excitement with guests.” Often the brewer can help suggest menu pairings. 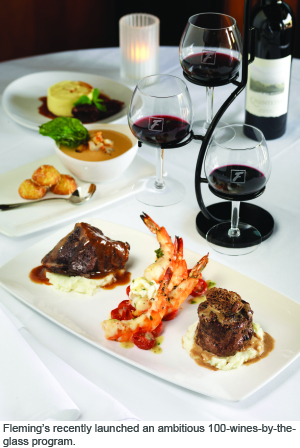 If you have a seasonal food menu, it’s only logical that your drinks menu follow a similar progression throughout the year as well. Coincidentally, more than 60 percent of consumers say they try a new beverage about every 90 days, according to research conducted by Next Level Marketing, a consulting firm that specializes in beverage alcohol. Rotating choices on the bar menu keeps it fresh and also allows the bar staff to determine whether new choices are winners. “I would offer some new drinks, and keep the best sellers that people know you for,” advises Mike Ginley, a Next Level partner. Don’t be too quick to pull a new drink off the menu, either; your patrons need a little time to make up their minds about it. At the very least, Ginley advises quarterly changes and specials.

What’s Up With Wine?

Wine consumption overall is up. But these days the big news is bubbles. Sparkling varieties, particularly domestic and Italian styles, are booming—think proseccos, asti spumantes, cavas. “That tells us that the consumer is understanding and appreciating that sparkling wine doesn’t need to be expensive or for special occasions,” Crecca observes. “People are understanding the full spectrum of sparkling wines, some of them delicious for sipping before a meal or putting into a cocktail.”

How can an operator capitalize on this? By offering a selection of sparkling wines by the glass, and by challenging bartenders to invent bubbly cocktails. “It can give a nice lift to your cocktail program, especially around the holidays. And you can charge a premium for the cocktail because it’s very special,” Crecca adds.

Many wine promotions center around trial. At Fleming’s Prime Steakhouse & Wine Bar, wine sales got a boost during September, designated a Month of Discovery. The chain rolled out its new Fleming’s 100—100 wines by the glass—and staged weekly “bottle wars,” $25 wine tastings with 8-10 premium wines from rival regions and wineries around the world.

More restaurants are also embracing the idea of wine dispensing systems as a way to offer profitable wines by the glass without compromising quality. It’s an ideal way to get consumers to try something novel or that might seem out of reach by the bottle. 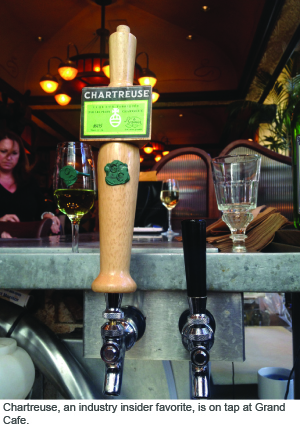 Today’s restaurant customers typically have one or two drinks per visit, which Ginley considers an opportunity for suggestive selling. His research shows that 34 percent stop at one. “If you could just get half of that group to have a second drink, it’s still very responsible. You’re not shoving five drinks down someone’s throat.”

Often getting that second drink order is a matter of being more alert. Ginley suggests training the wait staff or bartender to get a drink order early in the visit, deliver it quickly and be prepared to suggest a second one as the first one is drained.

Your customers are looking for some direction when it comes to beverages, Next Level research suggests. Some 80 percent of consumers in their studies say they will accept the suggestion of a bartender or server. “If someone orders a standard drink and you suggest a featured drink with a $2-$3 premium, 41 percent will actually try that suggestion,” Ginley observes. And his research suggests that guests aren’t offended by the idea.

Especially with premium brands, using the correct glass is a simple way to highlight quality. Stella Artois’s specialty glass is a perfect example of how glassware can create cachet. Obviously, it’s not realistic to have a special glass for every brand, but a step in the right direction is to pour lagers into lager glasses, ales into ale-shaped glasses and so on. “I believe it does help sell more beer. It also helps you sell better beer,” Ginley says.

Consumers continue to seek out good value, but that doesn’t always mean the lowest price. “Value is about getting the best quality drink for the best price,” Ginley says. “People are looking for a treat or reward or for something they can’t produce for themselves. You will destroy your beverage profitability if you chase the value wagon and try to get customers in with cheap drinks. You can’t make it up in volume.”