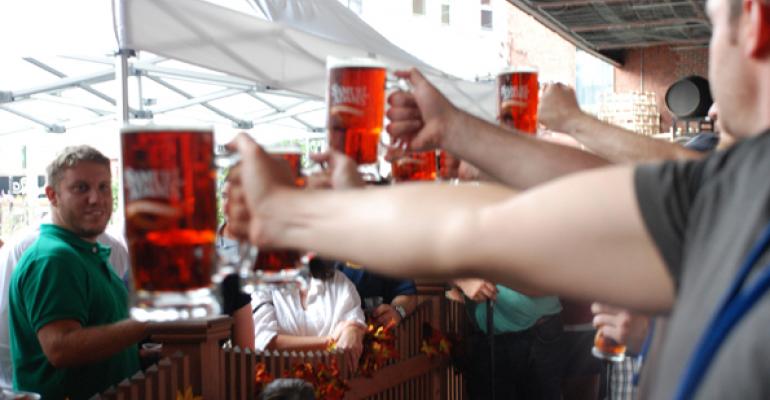 A new survey provides evidence that restaurants will sell more beer if they offer a wider selection of brands.

Now we know why restaurants seem to be in a virtual arms race to offer more brands of beer in bottles and on tap than their competitors. The more choices you give your customers, the more beer they will buy. And you don’t have to operate a gastropub or sports bar to get in on the action.

The key finding for restaurant operators considering expansion of their beer programs might be this: Only 28 percent of survey respondents said that the ability to choose from a large beer selection in a restaurant setting has no effect on the amount of beer they drink or the brand of beer they choose. If you’re looking for ways to boost demand for alcoholic beverages in your operation, beer list revitalization could be a good place to start.

The big beer list effect is even more pronounced among craft beer aficionados. Forty-four percent of survey responders who identified themselves as craft beer drinkers said that a large selection of brands make them more likely to order beer, with 34 percent of them saying that enhanced availability makes them more likely to order additional servings.

This study was conducted online and drew 2,500 respondents. Factor in overwhelming anecdotal evidence of how successful mega-beer programs have become in restaurants, not just bars, and we’d have to agree with Consumer Edge Insights’ findings on this one. Given the generous markups on beer, if you’re thinking about expanding your restaurant’s beer program, we have two pieces of advice. Go big. Go now.