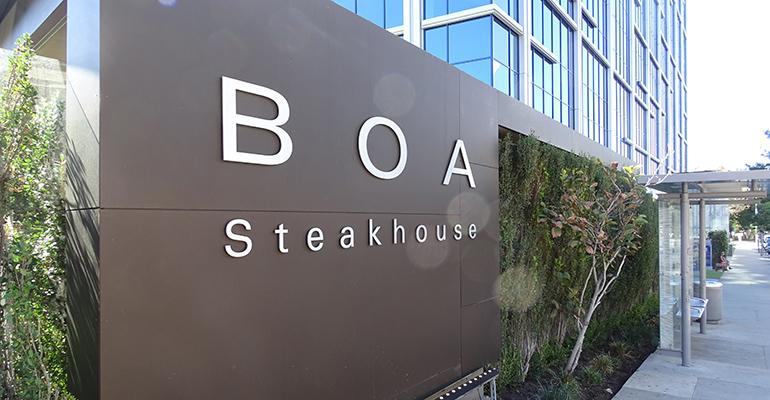 How and why to move your restaurant

Rent increases and a desire for more space are just a couple of the reasons restaurants move. Regardless of what’s behind the decision to relocate, it’s imperative to consider both the positive and negative ramifications beforehand and plan accordingly.

We spoke with four operators who took the leap to move and now say business has never been better. All approached the move with trepidation, but none have any regrets. Here, they share their best advice — and reasons — for moving.

The decision to move the La Crosse location of Toppers Pizza helped owners Denise and Phil Downing place their pizzeria in the heart of their target market, close to the University of Wisconsin-La Crosse. They grew from 900 square feet to 2,200 square feet, and saw a 25 percent bump in sales.

When relocating, Denise Downing recommends planning the best time to make the transition to limit the impact on sales. “Since Toppers has late hours, our team worked through the night to make sure that the transfer was as smooth as possible, closing for only about six hours,” she says. “Work with your contractors to figure out the best way to be closed the shortest amount of time.”

Also, make sure customers know where you’re going. “We stapled a fluorescent flyer to our menus to announce the new location and drove around sticking them on doors,” says Downing. “At the old location we did only 5 percent carryout and pickup, but increased that number to 20 percent  with the new location.”

Tequila’s, Philadelphia
Opened 1986, moved 2001
Reasons for move: desire to own versus lease, need for expansion
Despite leasing Tequila’s property for 15 years, David Suro says he struggled for a year to secure financing to purchase his own space a block away. “I thought it wouldn’t be a big deal because we proved for 15 years that we were a healthy business,” he says. “I really struggled for a year, until a small local bank took a chance on us and financed the whole amount of the purchase.”

While he was nervous about the move, Suro says it was necessary to own his own space. “I wanted to preserve the historic aspects of the new building, so I brought architects in from Mexico,” he says. “It took a year to make the restorations, but when it was time to open, we only closed the existing business for one day.”

Suro says he was lucky that the new space was well received by his regular clientele. “Sometimes guests don’t feel as comfortable in a new environment,” he says. “We had a great transition.”
Moving is a challenge, but Suro says it could be the best decision you make. “You have to prove that the move is to make your restaurant better,” he stresses. “A prettier location doesn’t automatically make you better; you have to be even more concerned about quality, food and service.”

Oceana, NYC
Opened 1998, moved 2009
Reasons for move: a dated space, desire for more visibility in a high-traffic district
When Oceana made its move to New York City’s theater district in 2009, managing partner Paul McLaughlin says management took the opportunity to change the menu at the same time. “It was all about reinventing ourselves and providing a selection for folks,” says McLaughlin. “Now our guests come and use the restaurant for a host of different reasons and occasions ranging from casual to extravagant.”

And while McLaughlin admits that some guests thought the new space was too noisy, others came along for the ride. “We have no regrets,” he says. “The new expanded space allows us to provide a café and raw bar in front, a 160-seat main dining room, outdoor dining and private dining for business clients.”

McLaughlin says a restaurant lease is everything. “We moved in ’09, which was a scarier time for the economy,” he says. “We have a long lease.” If you’re comfortable with the lease agreement and think that you’ll attract more guests while also reinventing your concept, McLaughlin encourages operators to make the move.

BOA Steakhouse, West Hollywood, Calif.
Opened 2001, moved 2009
Reasons for move: need for expansion and outdoor space, proximity to primary demographic
Once housed inside the Grafton Hotel, BOA Steakhouse doubled its staff when it made the move to the Sunset Strip in 2009. “It took a while to make the transition between the two locations,” says Phil Cummins, co-founder and partner of Innovative Dining Group. “There was a lot for staff to learn with new table numbers and bar positioning.” The old space was 4,000 square feet; the new location had 12,500 square feet.

“We had a lot of time to educate our customers about the move through emails and postcards,” says Cummins. “We also had signs up at the new location during construction.”

Before thinking of moving, put yourself in the mind of your customer, suggests Cummins. “Will your restaurant be the same or better after the move? You can’t have people walk in and ask themselves why you moved. There must be an instant ‘wow’ factor when they walk in,” he says, adding, “Don’t shut an existing restaurant down if the reason for the move isn’t obvious.”