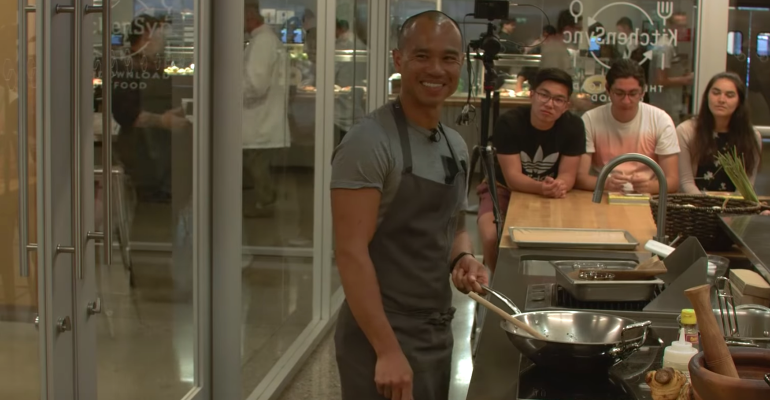 Video of the week: James Syhabout on Isan Thai and Laotian cooking

In this video, James Syhabout participates in a Talks at Google session, an in-house speaker series hosted at the tech company. The chef of Hawker Fare in San Francisco and Michelin-starred Commis in Oakland, Calif., demonstrates two recipes while answering questions from the audience.

Syhabout and his family immigrated to Oakland in 1981 from Thailand among other refugees after the end of the Vietnam War. His mother hails from Isan, the northeast region of Thailand, and his father comes from Pakse, Laos. Both influences are reflected in Hawker Fare's menu and his new cookbook, "Hawker Fare: Stories & Recipes from a Refugee Chef."