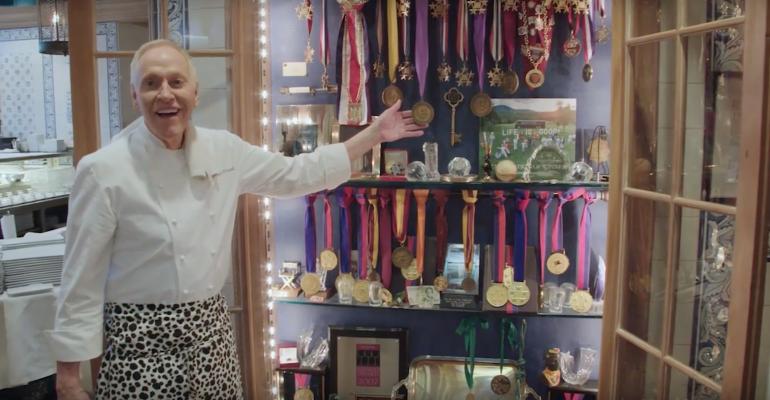 Among the winners at this year's James Beard Foundation Awards gala in Chicago on Monday was Patrick O'Connell, the Lifetime Achievement Award honoree. The prestigious title is given to a "person in the industry whose lifetime body of work has had a positive and long-lasting impact on the way we eat, cook, and think about food in America."

The James Beard Foundation recognized O'Connell, a self-taught chef and Washington, D.C., native, for his work in starting the movement of refined, regional American cuisine in Virginia, long before the term "farm-to-table" even existed.

O'Connell opened Inn at Little Washington out of a converted garage in rural Washington, Va., in 1978. The restaurant now holds three Michelin stars and has a long history of awards and accolades spanning four decades.

Who won a James Beard Award?

Are restaurant awards worth the trouble?

Beyond Sushi chef and owner Guy Vaknin on bargaining with landlords, outdoor seating in NYC and preparing for the winter
Sep 17, 2020