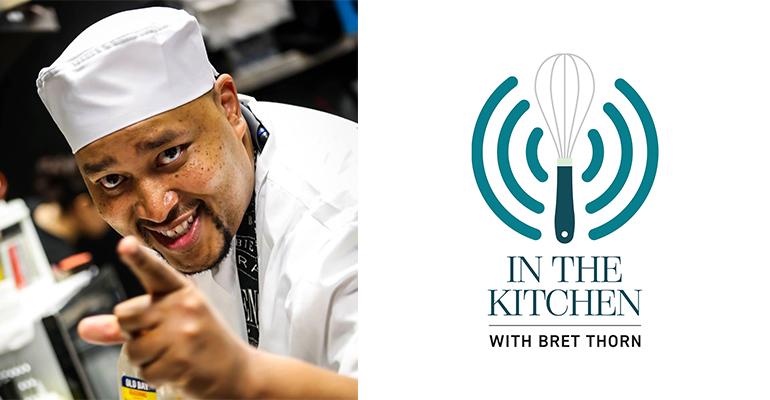 Chef RŌM says his grandfather continues to be his inspiration: “He’s with me every time I’m in the kitchen cooking.”
People>Chefs

Reginald O. Mack finds pandemic-era success at his In a Minute Café

Editor's note: This podcast was recorded before the extremist events of Jan. 6 at the Capitol building in Washington D.C

Reginald Otis Mack, aka Chef RŌM, was hit with a problem that many restaurateurs dream of. When he opened In A Minute Café in Capitol Heights, Md., just outside of Washington, D.C., he had too many customers.

A well-timed preview in the Washingtonian meant that he and his business partner, chef Steven Wilson, couldn’t handle the socially distanced crowds that came clamoring for the Messy Marvin — a cheesesteak sub topped with crab dip — or the Hennessey Wings, which are Mack’s own interpretation of the Jack Daniel’s wings from TGI Fridays, where the chef got his start before attending culinary school. 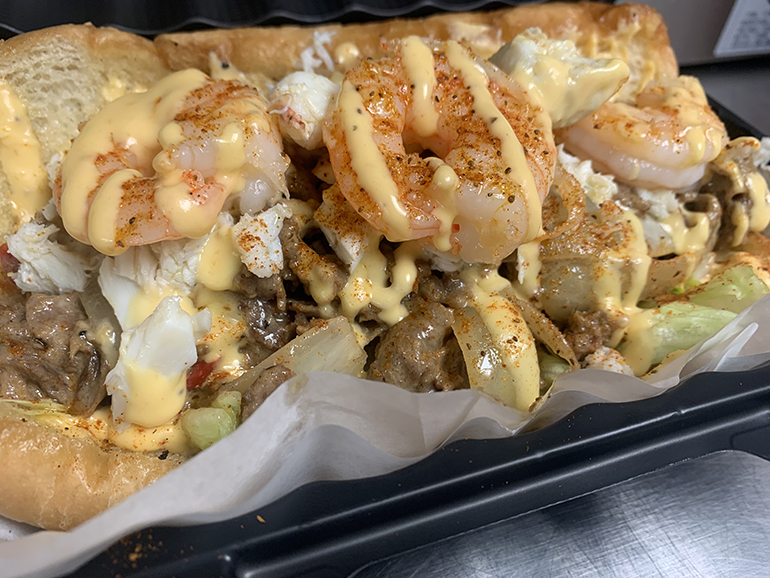 cheesesteak with crab dip and shrimp on top.

His solution was an elegant one: Streamline the menu radically, offering just a few dishes a day, rotating them the six days a week that the restaurant’s open (it’s closed on Sunday).

Chef RŌM pronounces his name with a long ‘o’, so it sounds like Rome, rather than the acronym for a computer’s read-only memory. He says that’s because his middle name comes from his grandfather Odis, who was a cook in the army for many years before working in a North Carolina country club.

Chef RŌM says his grandfather continues to be his inspiration: “He’s with me every time I’m in the kitchen cooking.”

In the Kitchen with Bret Thorn · Reginald O. Mack finds pandemic-era success at his In a Minute Café