/sites/all/themes/penton_subtheme_restaurant_hospitality/images/logos/footer.png
Recent
Recent
4 great cheesecake offerings from independent restaurants across America
May 25, 2022
5 food and beverage innovations at the restaurant show
May 25, 2022
T2D Concepts develops revolutionary franchise model in Roots Chicken Shak
May 24, 2022
Eight interesting foods at the National Restaurant Show that were not plant-based protein
May 24, 2022
Nine beverage trends spotted at the National Restaurant Association Show
May 23, 2022
Featured
Meet 4 emerging NYC concepts
May 16, 2022
Savannah restaurateurs Mashama Bailey and Johno Morisano open two concepts in Austin
May 02, 2022
Denver's oldest brew pub, Wynkoop Brewing Company, is getting a fresh start
May 02, 2022
Chef Danny Grant opens café/gourmet market in Chicago with a European vibe
Apr 28, 2022
In The Kitchen with Bret Thorn
brought to you by 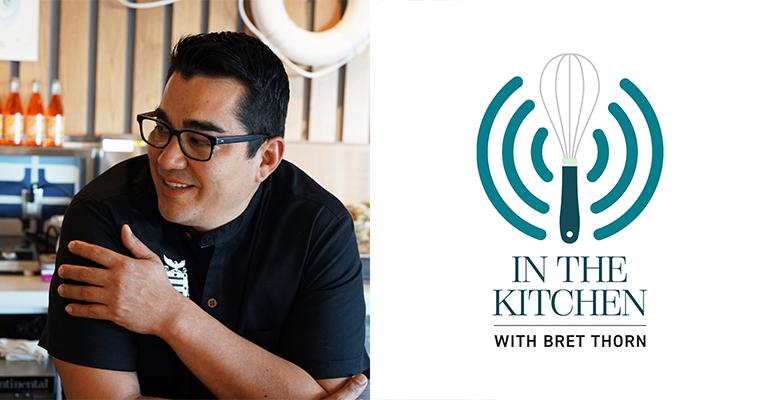 In this podcast, the chef and restaurateur discusses how to make money from videos, what it takes to motivate staff, the reckoning that the industry has to face about its past, and his hopes for the future.
People>Chefs

The Philadelphia chef and restaurateur shares his plans for the future

Jose Garces is a fixture on the Philadelphia restaurant scene, where he currently has eight restaurants (along with two in Atlantic City, N.J., and one in New Hope, Pa.) ranging from his Spanish restaurant, Amada, and Village Whiskey, known for its great burger and expansive collection of spirits, to his fast-casual taqueria Buena Onda.

He’s also a winner of the TV cooking show Iron Chef, the 2009 James Beard Foundation Award winner for best chef in the Mid-Atlantic, author of two cookbooks and a philanthropist through the Garces Foundation.

Next on his docket, are two virtual restaurants he’s developing with CloudKitchens.

Garces says these delivery-only concepts might be a solution to providing living wages to cooks by streamlining operations, but he also hasn’t given up on full-service dining. Despite the existential crisis that traditional restaurants were facing even before the pandemic, and the devastation that they have experienced over the past year, Garces is optimistic about the future.

In this podcast, the chef and restaurateur discusses how to make money from videos, what it takes to motivate staff, the reckoning that the industry has to face about its past, and his hopes for the future.

In the Kitchen with Bret Thorn · Jose Garces adjust to the changing times with videos, cooking classes and virtual kitchens