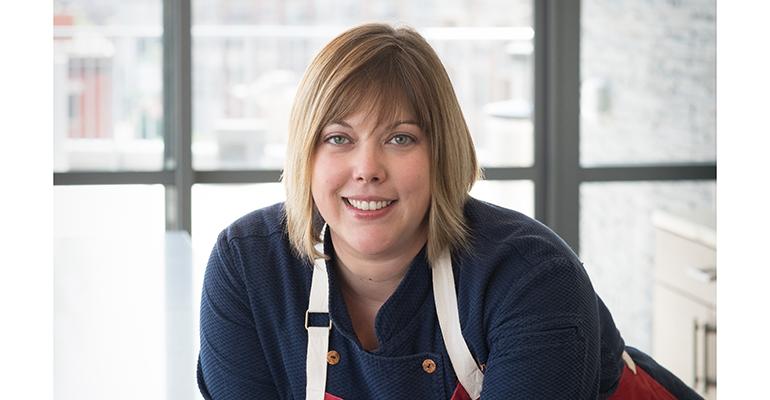 Sarah Grueneberg, the chef and partner of Monteverde Restaurant & Pastificio in Chicago, has been named MenuMasters Innovator of the Year. She will be honored at this year’s Nation’s Restaurant News MenuMasters gala, sponsored by Ventura Foods, at The Drake Hotel in Chicago on May 16.

“I’m so pleased that we’re giving this award to Sarah Grueneberg, who has breathed new life into pasta by creating a fun and affordable restaurant that offers Italian classics as well as creative dishes inspired by her global travels,” said Bret Thorn, NRN senior food and beverage editor.

Originally from Victoria, Texas, Grueneberg was the youngest female sous chef of Brennan’s of Houston before she moved to Chicago in 2005 to work at Italian fine-dining icon Spiaggia. She worked her way up from line cook to become chef de cuisine in 2008 and executive chef at 2010. Under her leadership, Spiaggia was awarded a Michelin star three years in a row.

She has traveled widely in Europe, Asia and the United States, and says that knowing the people and culture that created a dish gives her a deeper understanding of it. That approach is expressed with dishes on the “Pasta Atipica” section of Monteverde’s menu, including wok-fried pasta Arrabbiatta, and Cannelloni Saltimboca.

After becoming a finalist on Bravo TV’s “Top Chef: Texas,” Grueneberg went on to open Monteverde with her longtime friend Meg Sahs in late 2015.

In 2016 Monteverde made the lists of best new restaurants in the country by multiple magazines, including Food & Wine, Bon Appétit and GQ. Monteverde also has been awarded three out of four stars by the Chicago Tribune. Eater Chicago named it Restaurant of the Year in 2016.

In 2017, Grueneberg won the James Beard Foundation Award for best chef in the Great Lakes region, and in 2018 Monteverde was named Restaurant of the Year in the Jean Banchet Awards.

The MenuMasters Innovator award goes to chefs or operators at chains or independent restaurants who bring a new dynamic or style to food and dining. Past winners have included Paul Kahan, Stephanie Izard, David Barzelay, David Burke and Dan Coudreaut.