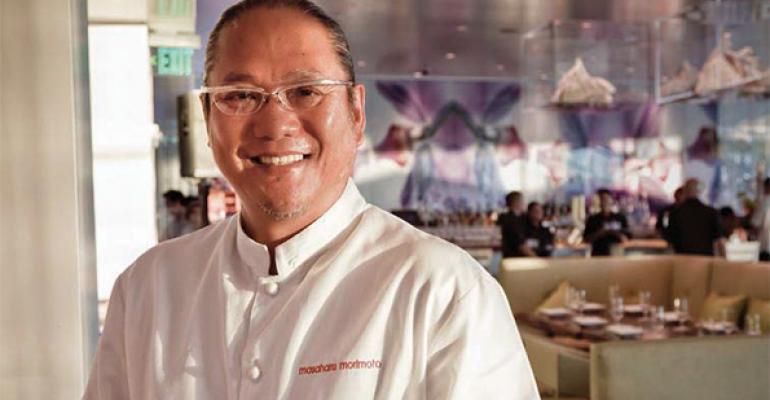 Born in Hiroshima, Japan, Chef Masaharu Morimoto trained in a sushi restaurant before moving to the U.S. in 1985 at the age of 30. After working in several restaurants, he joined the highly acclaimed Nobu restaurant in New York City. His unique Asian fusion cuisine often combines Western ingredients.

Morimoto opened his own restaurant, Morimoto, in Philadelphia in 2002 and has since gone on to open nine other restaurants throughout the world. He is scheduled to open two new units in Miami’s South Beach this summer and another in Las Vegas in the fall. He has held the title of Iron Chef in both Japan and the U.S.

1. Rice. While it may sound like a simple answer, I couldn’t live without rice. Rice is a staple food in Japan, and most of our traditional dishes were created to be eaten with rice.

2. Rice cooker. I need it to cook the most important ingredient for me.

3. Dishwashers. I always tell people how important dishwashers are. Without them, a restaurant simply cannot function to serve customers.

4. Kimono. Although a kimono is not meant for every day, like a tuxedo in the U.S., I still wear them quite often. A kimono somewhat makes me feel composed and diligent.

5. Yahoo Japan. After all, I want to know about current news and trends in Japan. It is solely for entertainment.