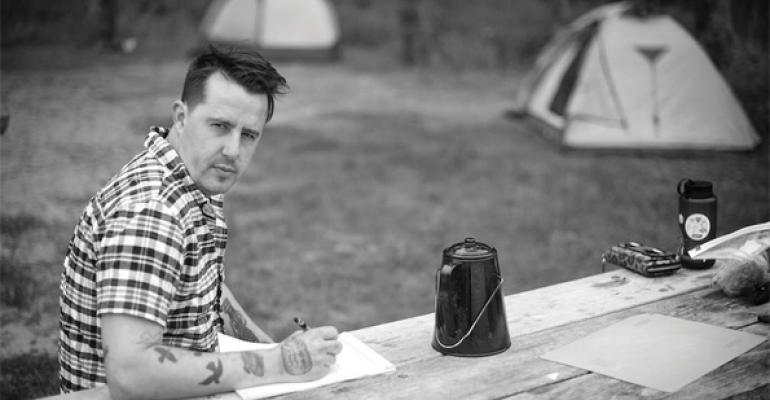 In 2007, we happened upon a small Portland, OR, restaurant called Le Pigeon and we knew instantly that whoever was in the kitchen would make a big splash someday. RH named the chef/co-owner Gabriel Rucker a Rising Star that year, and he’s never looked back. Since then Rucker’s opened a second restaurant, Little Bird, and has been continually recognized by the James Beard Foundation (Rising Star Chef of the Year, 2011; Best Chef: Northwest, 2013). Last year, Rucker released his first cookbook, Le Pigeon: Cooking at the Dirty Bird. His must-have items include:

1. Foie gras. It’s always on the menu in at least two places and our signature dessert. It’s a versatile ingredient that you can melt, whip, torchon, sear, etc. People come to expect foie gras at Le Pigeon.

2. A gigantic stock pot. Three or four times a year we clear out the freezer and make Sunday sauce in a gigantic batch. It’s one of my happiest days in the kitchen. We just made an Asian sauce to accompany miso-broiled sturgeon.

3. Sharpie. Because labeling is so important and the one thing I always ask a stagé if he or she has with them.

4. Digital scale. We use it for portioning proteins. It doesn’t lie unless its batteries are low.