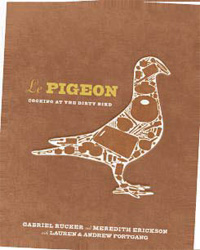 If you’re looking for creative ideas, the bird is the word: You’ll see what we mean when you check out these recipes from Gabriel Rucker at Le Pigeon. Rucker, a two-time James Beard Award Winner and executive chef at the Portland, OR, destination restaurant, has compiled a new cookbook with writer Meredith Erickson, Le Pigeon pastry chef Lauren Fortgang and co-owner/g.m./sommelier Andrew Fortgang.

The book’s 125 recipes—a retrospective of Le Pigeon’s hits, divided into categories that include Tongue, Fat Liver, Horns and Antlers, Rabbit and more—blend the whimsy and seriousness that has worked so well on the restaurant’s menu since Rucker took the helm at Le Pigeon. In the book’s foreword, Tom Colicchio writes, “It’s clear that he has found a way to keep his food irreverent and fun.” This book proves it. 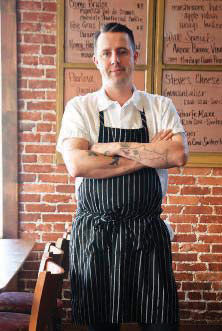