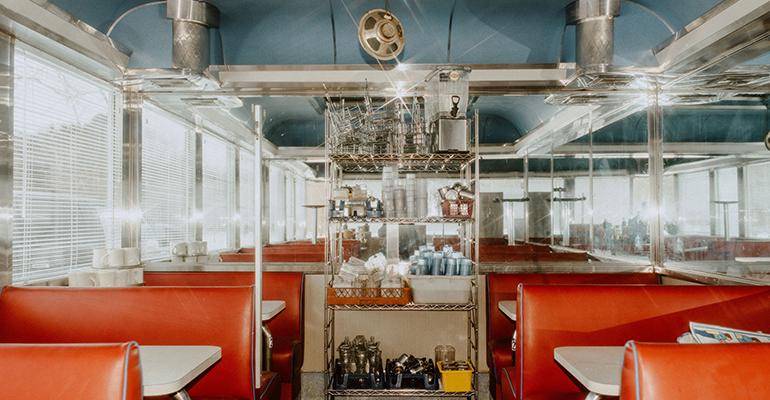 The diner makes a comeback

From the chrome countertops to the cranky servers hoisting generous portions of burgers and fries, diners are one of the most instantly recognizable restaurant formats. Yet as consumers demand more organic, plant-based and transparently sourced ingredients, the mom-and-pop diner has the reputation of being stuck in a time warp.

Modern diners are popping up all over, bringing the greasy spoon out of its club sandwich stasis. From a chef who is opening an Asian-American twist on a New York diner, to a restaurateur looking to refresh a longtime neighborhood staple, the modern diner has entered a new era.

Chef David DiBari, who opened Eugene’s Diner & Bar — a 2,400-square-foot eatery with a design inspired by roadside diners and 1970s-era basements — in Port Chester, N.Y. this April, is drawn to the simplicity of the diner format. 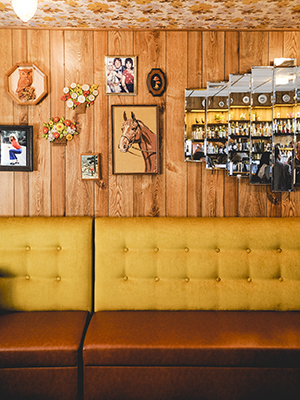 DiBari’s team, led by culinary director John Poiarkoff, started this process by paring down the famously extensive diner menu to avoid any reliance on frozen ingredients, and focusing on putting out food and experiences that make people “smile and feel nostalgic.”

The result is a restaurant with surprising dichotomies: Eugene’s Diner & Bar is lined in ‘70s’-era retro wood paneling, but you can also drink craft beers and cocktails on tap at the bar. Guests have the option of ordering buttermilk pancakes topped with foie gras. A scoop of caviar can be added to eggs with toast and the house-made Belgian waffles can be paired with bone marrow, all for an average check of $35 per person with drinks.

“We empower the customer to be as basic as they want, but they can also be as bougie as they want,” DiBari said.

Taking core menu staples — particularly breakfast — and refreshing them for a new generation is a common theme for diners opening up today.  Chef Kristopher Schram took over the local West Taghkanic Diner — a 1,300-square-foot community landmark in Ancram, N.Y. — in April with the goal of subtly updating diner menu staples rather than reinventing the wheel.

For instance, the diner serves a no-frills Reuben sandwich but brines the pastrami for 9-10 days and smokes it for 12 hours before it’s slathered with Russian dressing and stuffed between two slices of rye. 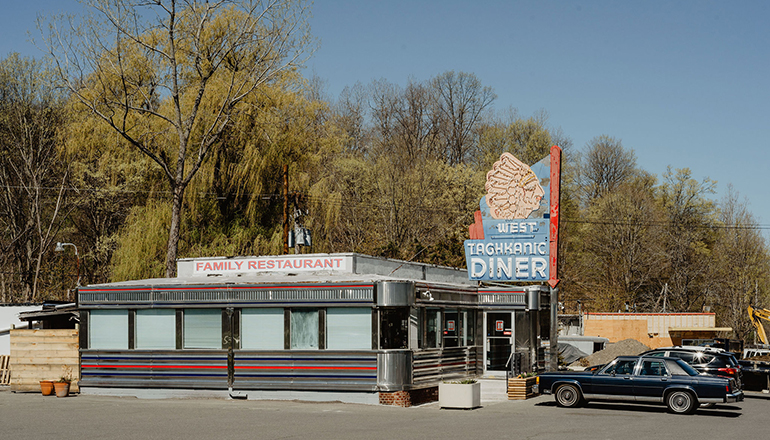 The kitchen team also steeps their porridge in Earl Grey tea and tosses their wings in ‘nduja (a spreadable Italian salami) before they’re fried and served with blue cheese. But none of the tweaks to the $20-per-person menu will be unrecognizable to staunch diner fans, Schram said.

Photo: A sandwich made from the house-smoked corned beef at the West Tagkhanic Diner in Ancram, New York
Credit: Lawrence Braun 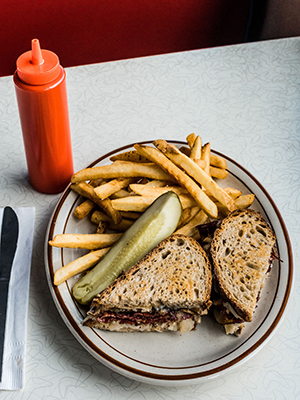 Like most of these chefs opening new diner concepts, Schram — originally from Copenhagen — has a fine-dining background and has worked in multiple Michelin-starred restaurants. But he left the fine-dining world to get back down to basics.

“I found that instead of cooking for people who were only [able to afford] eating there to celebrate special occasions, I wanted to be cooking for people who would become regulars,” Schram said. “More chefs are doing diners because it’s hard to find a restaurant concept with this much personality. I didn’t need to do anything here besides clean the place!”

Schram even decided to keep some of the mid-20th Century kitchen equipment and art deco décor that the diner was known for. The only changes coming in the future is when he opens up the outdoor seating area and introduces a barbecue food truck for the summer.

But whereas Schram set out to refresh an already beloved concept, Momofuku and Torrisi Italian Specialties alum Samuel Yoo — who is opening Golden Diner in New York City this month — wanted to introduce the concept of a New York diner to a new community. Currently in a soft-opening phase for lunch only, the 700-square-foot diner is serving a fusion of Asian-American comfort food and New York diner classics with the surrounding Chinatown community in mind:

“It’s important for me to think about price point; I want longtime neighborhood residents to be able to eat there,” Yoo said. “I’m trying to appeal to older neighborhood folk by making it affordable and giving them food options they’re already familiar with.” 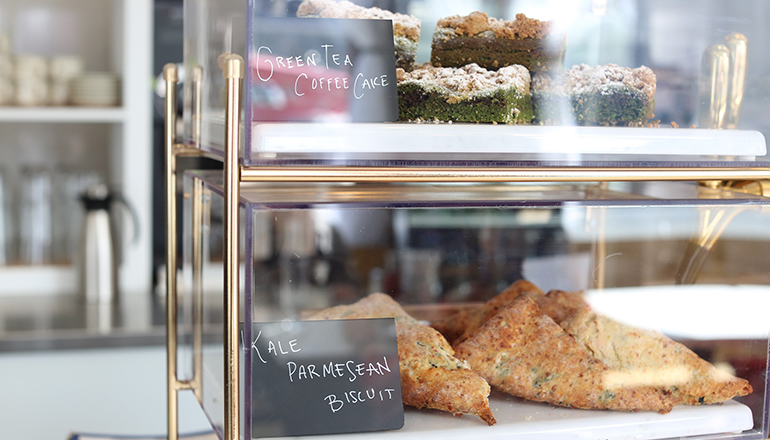 By scouring ingredients from purveyors in the neighborhood and drawing from his own Queens childhood of diner excursions, Yoo has put together an Asian-American diner menu with dishes like a Xian-style cumin lamb gyro, a breakfast sandwich topped with a sesame scallion milk bun from a nearby bakery, and a green tea coffee cake for an average entrée price of $15 for lunch and $20 to $25 for dinner.

But even though Yoo is just one of several new diner concepts popping up, particularly in the New York metropolitan area, he fears that the old-school diners are on their way out.

“I think they’re dying out faster than they are resurfacing,” Yoo said. “With rent and labor costs, the current business model just doesn’t allow for that classic diner with the 20-page menu.” 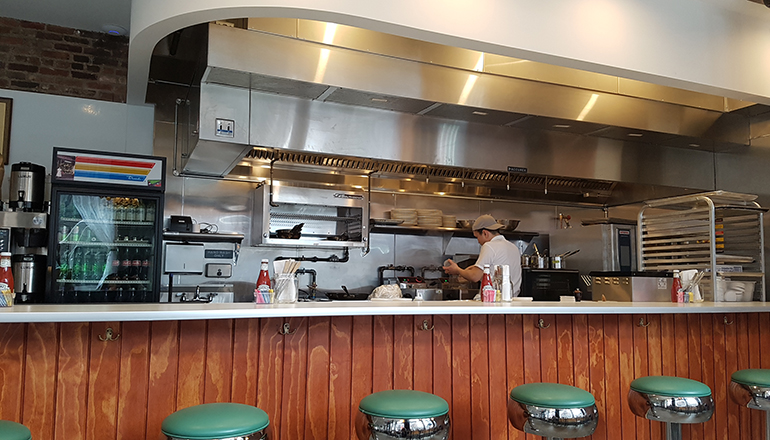 Like many of these new diners, Yoo significantly whittled down his menu to just a few pages to be able to “nail” every dish that the diner will offer. But even as part of the new generation of not-so greasy spoon restaurants, Yoo is proud to have the classic New York diner as his heritage.

“We’re not very big — only 30 seats or so — and we have the countertop, the chrome stools and everything,” Yoo said. “It was my goal that when people come in here, they’re surprised and go, ‘Oh wow. This is a real diner!’ and I really think we’ve achieved that.”