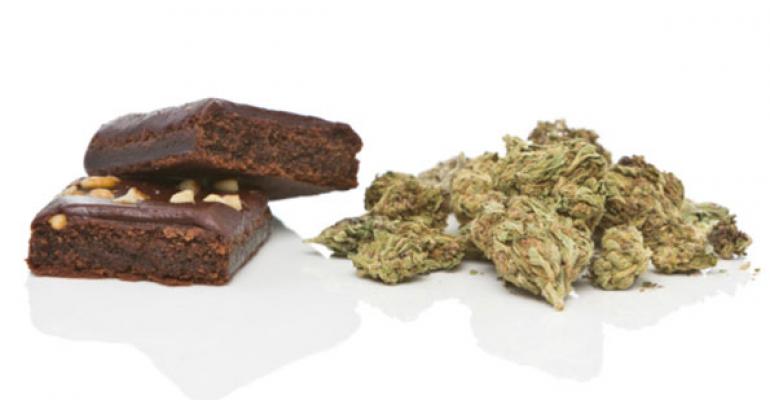 There’s a big surprise to be found in the first set of full-year sales figures for legal marijuana in Colorado: recreational users like to eat pot almost as much as they like to smoke it. That news doesn’t immediately help restaurants, which can’t sell pot or serve dishes that contain it even in states where the drug is legal. But it does pave the way for operators to extend their restaurant brand into the fast-growing marijuana-infused edibles market, where plenty of hungry customers await.

So what edibles are we talking about and who’s making them? It’s primarily a cookies and candy business at the moment. Top-rated products come from producers such as Hella High Extracts, Mama Kush Edibles, Sweetstone Candy and Sacred Creampops. These brands are little known to the new wave of recreational pot shoppers legalization has created.

What they do know are the names and brands of their favorite chefs and restaurants. That’s why we think celebrity chef- or restaurant-branded pot edibles could take over this market in a hurry. Their big advantage: chefs and restaurants have experience developing food items that have appealing flavors, textures and tastes. More than a few no-name or underground-style edible marijuana products now on the market fail on one or more of these factors. 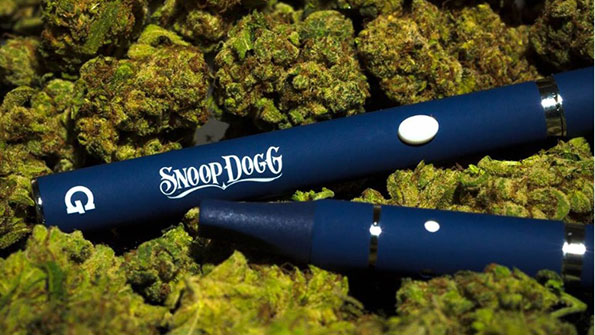 Several high-profile celebrities have already jumped on the legal marijuana bandwagon. Willie Nelson’s strain of weed is called “Willie’s Reserve.” Snoop Dogg says his home delivery app will be the “Uber of weed.” Pioneering stoner Tommy Chong is looking for investors to get his “Chong Star” brand off the ground. And a private equity firm has purchased the rights to sell “Marley Natural” heirloom Jamaican cannabis strains from the late reggae singer Bob Marley’s family.

Plenty of choices on the smoking side of the legal pot business. But what about edibles? So far, nada. It’s a market crying out for a little star power and food-making skill, both of which chefs and restaurants have in abundance. Right now, restaurants are on the outside looking in at the lucrative recreational marijuana market.

A couple have, indirectly, given it a try. In Colorado, Hapa Sushi Grill & Sake Bar, which has units in Boulder in Denver, introduced a pairing menu when recreational marijuana became legal at the beginning of 2014. Among the five suggestions: Order some Pakalolo Shrimp if you’ve ingested Pakistani Kush or go with Poke Don if you toked up Purple Rain before arriving at the restaurant.

“I'm not sure if we're getting a sales boost,” says local franchise owner Arianna Bennett. “More than anything, it's a way for us as business owners to participate in this evolving social-cultural change in our society."

Pairing menus like these two get restaurants a little extra visibility among recreational marijuana users, but don’t really bring in much extra money. That’s why getting involved with edibles might be a better strategy for restaurant owners and chefs. Lots of smart people and smart money are searching for a niche in the adult use recreational marijuana market. Our advice: get in while the getting is good.