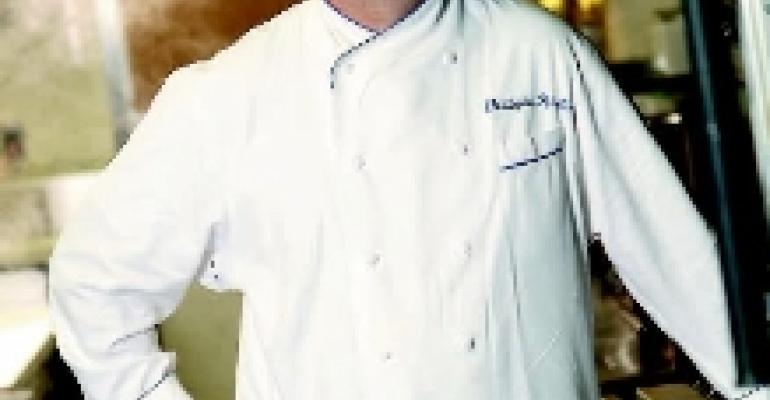 Chris Painter has emerged as a favorite son in the Philadelphia empire of Steven Starr. With seven restaurants and more on the way, Starr has tapped Painter to develop menus for upcoming projects. It's no wonder. Painter was most recently the executive chef at Tangerine, Starr's exotic and sexy Mediterranean concept. For his work there, Painter was named "Best New Chef" by the Philadelphia Inquirer. Having honed his skills at Lespinasse in New York City and the French Laundry in Napa, Painter demonstrated at Tangerine that he can cook a multitude of cuisines, including French, Spanish, Italian and Moroccan. A lesser chef could get lost in Starr's highly stylized restaurant concepts, but Painter and his cooking get noticed. The 37-year-old also had a hand in developing the menu at Jones, Starr's homage to the Brady Bunch, Austin Powers and comfort food. For his efforts, Conde Nast Traveler named Jones one of the top 75 restaurants in the world. In Style is among the many publications that have recognized Painter's abilities: "With talented newcomer Chris Painter in the kitchen, who wouldn't be having a good time?"