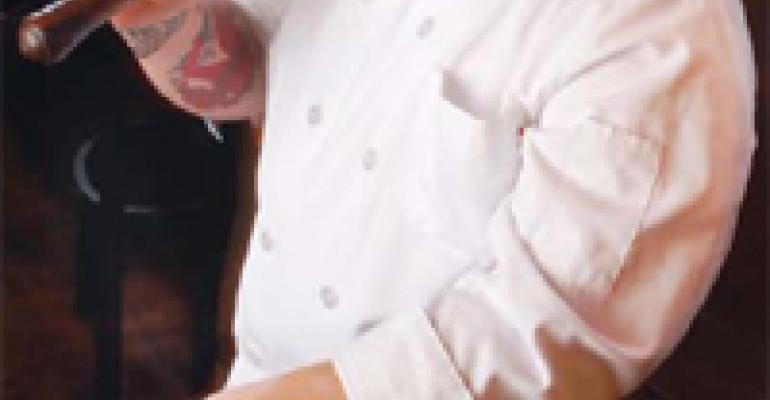 When Jonathon Sawyer talks about the lamb he gets from a small farm just miles from his Cleveland restaurant, you'll be reminded of Tom Hanks in Big. You're watching a kid trapped in a man's body who can't believe his good fortune. His glee, in part, comes from all that is new around him. Bar Cento, his first restaurant, is just several months old, and his soon-to-be second, Greenhouse Tavern, is on the drawing board. And in so short a time, he's already been nominated for a James Beard Rising Star Award. Add to that his kids, two-year-old Catcher and newborn daughter, Louisiana, and you can see why Sawyer's in love with a world that has blossomed in a big way for him. It wasn't too long ago when he was the go-to guy for Iron Chef Michael Symon, first at Lolita in Cleveland and then at Parea in New York City. He also toiled for the legendary Charlie Palmer at several of his restaurants in Manhattan. But now Sawyer's calling the shots, which includes sourcing the region's best products and butchering that amazing, melt-in-your-mouth Ohio lamb. Bar Cento is patterned after a Roman enoteca, and the place has the patina of a bar that's been around forever. He's serving elbows-on-the-table grub; big and small plates of things like salumi, rustic cheeses, thin-crust pizzas, baked ziti, mushroom ragu and whole grilled fish. Add to that an amazing list of 100 wines (hence the name Cento), and you'll feel like a kid eating at an Italian version of Pee Wee's Playhouse.