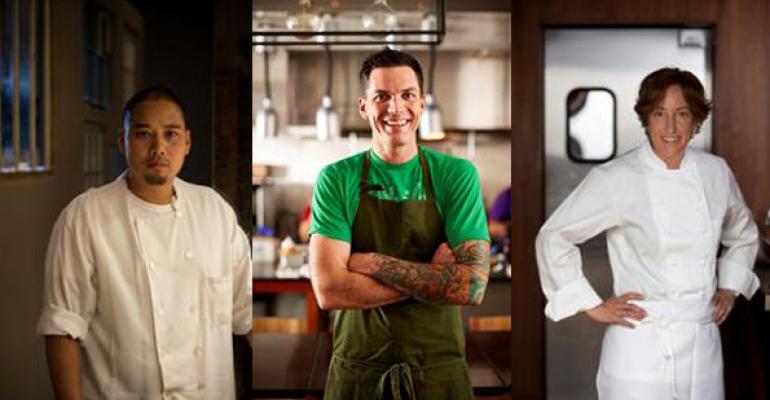 Bring in the guest chefs, bring out the foodies

Here’s one way to fill a restaurant on a slow night: Invite the competition to take over your kitchen. That formula has worked for Mike Isabella, chef/owner of Graffiato in Washington DC, who hosts monthly Industry Takeover Nights on the first floor of his restaurant.

Despite a long wait in frigid temperatures, more than 300 foodies packed the place for this week’s one-year anniversary of the wildly popular parties, according to the Washington Post.

Guests pay $10 for the all-you-can-cadge fare, which is passed on trays. Half of the proceeds go to charity. Cocktails, draft beer and prosecco sell for $5 each.

The likes of Victor Albisu of nearby Del Campo, Edward Lee of Louisville’s 610 Magnolia and fellow Top Chef alum Jennifer Carroll have taken guest chef turns over the last year.

The FT33 dinners, at $110 a head with eight courses (another $50 for wine pairings), obviously won’t resemble the mob scene of Graffiato. But they will most likely accomplish the same goal: Fill seats on a Monday night, and create a buzz.

The same applies to another variation of this switcheroo playing out on the West Coast, with Suzanne Tracht of L.A.’s Jar and Chris Kobayashi of Artisan in Paso Robles trading places twice in January.

Tracht and Kobayashi, showcasing their styles and favorite local ingredients, will helm the stoves for one night only with the support of the host restaurant. During the first event at Jar on a Sunday night, Kobayashi will feature sustainably raised products from Paso Robles area farms, dairies and ranches. Tracht will exchange the favor two weeks later on a Monday.