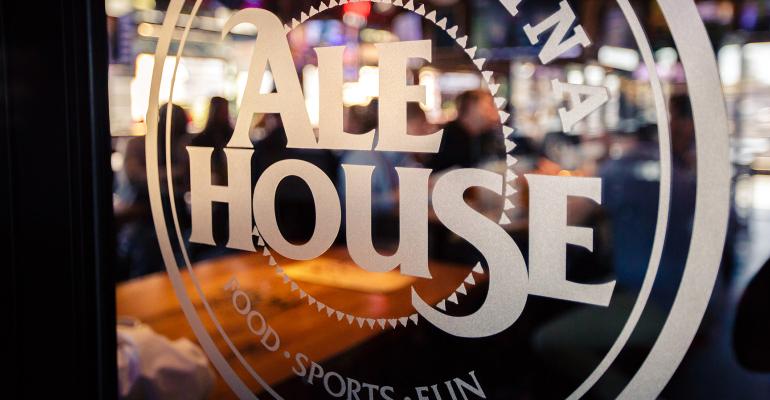 LM Restaurants
LM Restaurants tries to respond to all comments — 150 to 200 a week — on major review websites.
Operations>Technology

Restaurant operators are leveraging online customer-review sites as an opportunity to create one-to-one connections with their guests, maintain goodwill among their fans and win over their detractors.

The sites can also be helpful in identifying problems that might otherwise escape the attention of management, operators said.

A growing number of social-media management firms help businesses track mentions of their brand across the Internet, from Womply and Chatmeter, to Sprout Social and Reputation Defender.

However, operators need to be careful that they and the firms they work with are not actually soliciting or incentivizing reviews, according to a spokesperson for popular online customer review site Yelp.

“We definitely encourage businesses to respond to reviews, and we provide free tools for that,” said Rachel Walker Youngblood, the Yelp spokesperson. “Where we draw the line is asking for customers to update a review, or write a positive review, or incentivize a review by offering something free in exchange, for example.”

In response to what Yelp described as an increasing number of firms that solicit positive reviews for businesses, the company in November issued warnings to businesses and third-party online reputation firms about Yelp’s prohibition against soliciting reviews.

“Engaging with reviewers is great, but incentivizing reviewers or using a service to pay for reviews definitely violates our policy,” said Walker Youngblood.

Operators said they see several benefits from responding to all of the reviews they receive on various online review sites.

LM Restaurants, based in Raleigh, N.C., strives to respond to all customer comments and reviews — good, bad or otherwise — that it receives on Yelp, TripAdvisor, Google and Facebook for each of its 22 restaurants.

“We respond to everything, and we try to do it as quickly as possible,” said Tyler Kaune, guest relations manager at the company, which operates full-service dining venues across the Southeast, including Bluewater Waterfront Grill, Taverna Agora, Vidrio and Carolina Ale House. LM Restaurants uses Womply, which helps Kaune respond to all the reviews that customers leave for each of the company’s restaurants. The company currently receives about 150 to 200 reviews per week, he said.

Staying on top of online reviews helps LM Restaurants respond quickly to any potential problems that may be occurring at individual locations.

“We've found that if we just rely on the people who call in and complain, we're not getting all the feedback,” said Kaune. “Our stores get the [online] feedback in a report every week, and then they make game plans for fixing things.”

Kaune said the company tries to make the best of negative customer reviews by inviting reviewers who were dissatisfied to come back and report on their experience to help the restaurant improve its operations.

“We give them an opportunity to be a part of the team that's trying to help that restaurant get better, and that's really helped with our engagement on reviews,” he said.

The company uses a customer-service email address that it posts in response to negative reviews to take the conversation offline, Kaune said. He’s also been able to eliminate some negative posts simply by identifying customers who violate the terms of use for that particular site.

Tracking reviews carefully also helps protect the company from reviewers who may be trying to game the system by posting multiple negative reviews in hopes of being offered some type of compensation, he said.

Kaune said he believes the company’s efforts to engage with reviewers are helping to drive sales, based on the correlation between positive reviews and sales growth.

The independent, casual-dining restaurant has one person on staff who monitors social media and customer-review sites extensively, and seeks to respond to all customer reviews or comments, Calderwood explained.

Negative reviews can be helpful, he said, when they point out legitimate mistakes that were made or other shortcomings that the restaurant can correct. The company, which works with marketing and reputation management firm Main Street Hub to monitor several review and social media sites, has also found that customers occasionally publish inaccurate information that needs to be corrected.

“Sometimes people will post a copy of what they think is our menu, but it is actually from five years ago, with the old pricing,” he said. “We’ve had people post that we take credit cards, and we don’t. We had one person who said we had a two-slice minimum order, and we don’t even sell pizza by the slice.”

Responding to negative comments online helps can also help set expectations for people who might read those comments in the future, he said.

“Sometimes people will say that we don’t have a great wine list, for example, but we’re not known for our wine. We are known for our pizza,” said Calderwood. “We’re a family-run joint that’s been here for 80 years, serving pizza, burgers, sandwiches and salads. Sometimes people expect five-star food and service at the lower end of the price spectrum.”

“Yellow Pages are a thing of the past,” he said. “With what we used to pay for one month of advertising, we can get a year’s worth of service with one of these monitoring sites, so it’s a huge cost savings, and we’re reaching a lot more people.”

Yelp this year issued a prohibition on soliciting positive reviews.

• Asking for reviews at all creates bias away from organically motivated reviews, Yelp contends.
• When some businesses ask for reviews and others don’t, it becomes difficult for users to compare reviews across businesses.
• Yelp’s recommendation software is designed to identify such activity and will put businesses in the “not recommended” section so they don’t factor into star ratings.