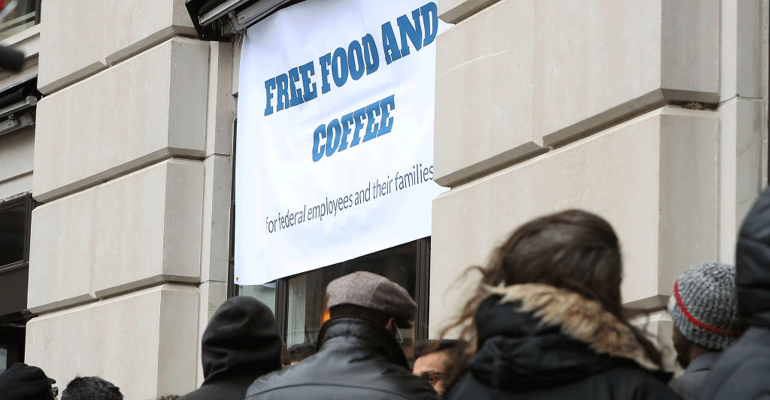 Restaurants lend a hand to workers impacted by shutdown

Foodservice operators continued this week to provide help to federal workers who were furloughed or unpaid because of the more-than-month-long government shutdown, with a number of restaurants giving free food and one offering temporary jobs.

“We wanted to provide assistance; this is a bad time for them,” said Butch Yamali, CEO and president of The Dover Group, which includes the Dover Catering Group and the Coral House, a popular catering hall in Baldwin, N.Y.

The Dover Group will take furloughed-worker applications for a number of positions during a “Career Day” on Monday, Jan. 28, at the Coral House in Nassau County. Positions include bartenders, bus staff, food runners and servers, the company said.

“You know they are out there,” Yamali said. “You see them in the news. These are local people with families. They take pride in their work and pride in their lives.”

Meanwhile, the U.S. Chamber of Commerce on Thursday sent a letter to President Donald Trump and all members of the U.S. House and Senate that urged them to solve the shutdown, which started Dec. 22 in a dispute over the funding of a border wall with Mexico. 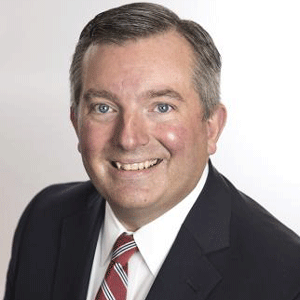 Neil Bradley, the Chamber’s chief policy officer, said on a conference call that the letter was signed by 645 local, state and national business organizations from all 50 states and additional territories and implored the lawmakers to end the shutdown, which it noted was the longest in U.S. history.

“The pain being inflicted on American families and businesses is significant and, in many cases, long-lasting,” Bradley said. “The pain is being felt throughout the United States.”

He emphasized that the shutdown was affecting federal workers as well as small-business contractors, “who aren’t getting paid and, in many cases, will never get paid.”

The letter added: “The harm is well documented and continues to compound with each passing day.”

As the shutdown has worn on, restaurateurs across the nation have stepped in to help impacted workers.

O’Hare International Airport in Chicago said in a Tweet that McDonald’s Corp. operators had provided 1,500 free Extra Value Meal vouchers to Transportation Security Administration workers at the facility. Those TSA employees have been working without pay since the shutdown started 34 days ago.

“Remember to thank checkpoint agents for their hard work and continued dedication,” the airport added.

But Yamali of The Dover Group said he thinks furloughed employees would prefer to be working.

“People are offering free meals, but these people would rather work,” he said. “That’s their integrity. They’ve been out for more than a month now without pay, and that’s a lot.”

Yamali, who also owns a construction company, a beach club and a soda distributorship, said he has a number of jobs available to furloughed workers. The company employs about 1,000 workers year-round and could add a couple hundred part-time furloughed employers.

The company said that with the presentation of a federal government identification card, residents would be welcomed to work shifts for pay and tips.

“All out-of-work government employees will go home with money in their pockets and food and essential items,” the Dover Group said.

“We have many positions in our company, and we can always use an extra hand,” Yamali said.

His current employees and others in the foodservice have expressed their approval of the hiring effort, Yamali said.

“These are not top executives,” Yamali said. “These are people doing the everyday jobs. They need to work.”