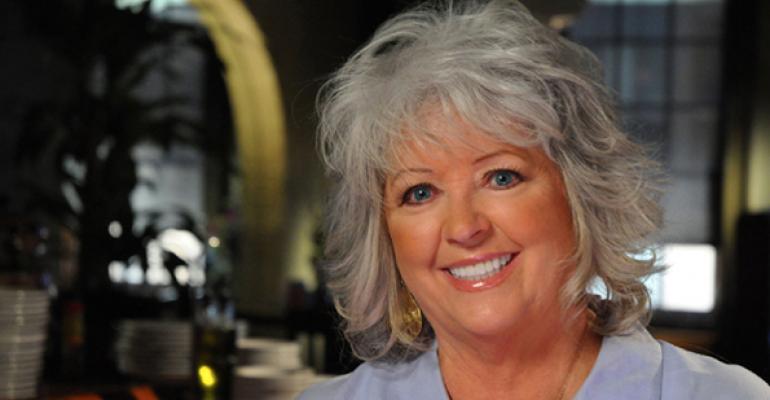 Paula Deen: What reviewers are saying on Yelp

No restaurant personality has ever gone through a career meltdown like the one Paula Deen is dealing with now. Her vast empire of television shows, cookbooks, endorsement deals and more has mostly vanished. But Deen is still a chef/operator and her flagship Savannah restaurant, The Lady & Sons, has 330 seats to fill every day. What patrons have posted on Yelp after recent dining experiences there provides some insight into what social media can and can’t do for a restaurant embroiled in a crisis situation.

And make no mistake; it’s a full-blown crisis for Paula Deen, or should we say, the Paula Deen brand. The Food Network “chose not to renew her contract” and her endorsement/licensing deals with Smithfield Foods, QVC, Target, Novo Nordisk, Home Depot, Sears, J.C Penney and Kmart have all been terminated. Caesars Entertainment quickly shuttered the Paula Deen restaurants located at four of its casinos. And most recently, Ballantine Books, Deen’s publisher, announced it won’t print her next cookbook this fall, even though preorders have made it the current number one best seller—of all books—on Amazon.

Deen is currently as toxic as a celebrity can be. So you’d think that as anger over her "hurtful language" remark became more widespread, commentary about her restaurant on no-holds-barred review site Yelp would be devastating to The Lady & Sons. But that’s not necessarily how it’s going.

There are some nasty remarks to be sure and Yelp analytics show that the tide turned negative as the scandal unfolded. Some examples:

“The fried chicken here is ok, but nothing special. Popeye's is better as it is devoid of any racism in its recipe,” opined Khanh N. of Carrollton, TX, in a one-star review.

“At that point in time, my wife who was a Paula Deen fan, decided she was never going to watch Paula's shows or support her in any way. I would strongly advise everyone to consider spending your money elsewhere. This place is truly CRAP. All they are interested in is getting the money out of your pocket one time” is how Houston’s Christy I. sums it up.

“Truly, I think Paula's show was canceled on the Food Network because the network honchos and the other show's chefs came and dined at her restaurant!” wrote Doe T. of Washington, DC.

But this is slap-on-the-wrist criticism by Yelp standards. There are also some three-star post-scandal reviews that note the uproar but still cut Deen’s restaurant some slack. Two samples:

“OK, I'll admit, I wasn't too thrilled about coming here with all the recent controversy and all but my wife and I had talked about it a while back and we couldn't pass up the opportunity knowing that even Paula Deen's restaurant business might have an expiration date on it,” wrote Eddie G. of Johns Creek, GA, in his three-star review. “Food was OK. Overall, this is a one hit-it quit-it type of place.”

“We had made reservations here, so despite the recent controversy, we came to this place for dinner. I got the buffet—definitely the most bang for your buck,” says W.L. of Charlotte, NC, in another three-star review.

Overall, The Lady & Sons has maintained its three-star Yelp review even while Deen’s personal brand absorbed hit after devastating hit. Fans of Deen—and she still has millions of them—will come away from their visit to the site with the impression that it’s business as usual at her flagship operation. In this kind of branding crisis, that’s about as much as a restaurant operator—even one of Deen’s stature—can hope for.