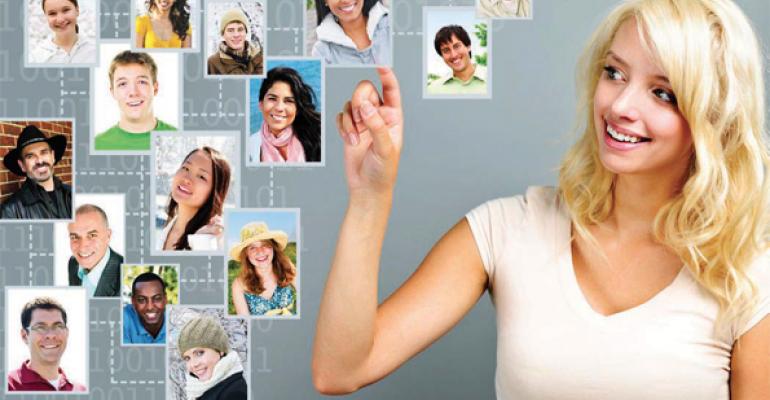 5 answers to your social media questions

Join the conversation with us on Twitter at #RHSocialSurvey RELATED: Who chefs are following on Twitter &bull; See more Social Media articles

What’s next in social media? We asked a dozen chefs, execs and social media stars from around the country, and we still don’t have an answer. It’s hard to know what’s coming down the road in a space that changes by the day. Instead, we heard how these experts were making social media work for them today. Here are the most insightful responses we got, with a handful of tips you can put to use tomorrow.

1. How long each day do you spend on social media, and at what sites?

“I limit it to one hour; otherwise, you can get swallowed by it all. I think it depends on where you’ve got the most followers. I know Instagram and Vine are big, but for me, Twitter and Facebook are the most popular. I try to spend equal time on each.”

— Rocco Whalen, chef/owner of Fahrenheit in Cleveland and several Rosie & Rocco’s casual and quick-service spots around the city

“I spend only as much time on social media for work as I need, about five minutes a day or less. Facebook is most important to me because I link things from there to Pinterest and Twitter. I post anything positive to do with Mana: any specials, menu changes, restaurant agendas, chef appearances.”

— Jill Barron, executive chef/owner of Mana Food Bar in Chicago, which has more than 1,700 Facebook fans

“For all of our restaurants we spend about eight hours a day dedicated to social media. We’re on Instagram, Vine, Tumblr, Facebook, Twitter and Google Plus. I think for restaurants, Instagram is most important and for chefs, I find Twitter to be the best source for reaching out directly to guests, fans, foodies, etc.”

— Amelia Zatik Sawyer, wife of chef Jonathon Sawyer, and the brand manager for their expanding Cleveland businesses that include The Greenhouse Tavern and Noodlecat. The two restaurants have 15,000 Facebook fans and almost 12,000 Twitter followers.

“For me, probably once an hour I’m doing one of them (Facebook, Twitter or Instagram). Whether it’s eight to 10 times a day, five minutes here or there, it’s maybe an hour a day total.”

The right amount of time

“I usually spend 30 minutes before I get out of bed in the morning! With just 20 minutes—definitely the big three—Twitter, Facebook and Instagram. I would regram a customer photo on Instagram and include as many hashtags as possible. This strategy has helped us go from 100 followers to over 400 in a few months. While I’m there, I’ll usually ‘like’ 10 to 15 photos from fellow local small businesses or very active customers. Depending on the content, I usually share the Instagram posts with our Facebook page—two birds, one stone. I might even share the content with Twitter, but upload the photo directly since Twitpics show up in the newsfeed and links to other platforms don’t. I’d jump on Twitter and check out my most important list for a few minutes: local F&B and national F&B. Gotta check out that competition!”

“I’d focus my energies on Facebook, because for us it has the most followers and most interaction with users.”

3. Give us one great tip other restaurateurs can use:

“Use HootSuite (a free app) to help coordinate and schedule posts. I also suggest using the posting material from the past week as content for a weekly e-newsletter.”

“I am finding that taking ‘action photos,’ such as well-known regulars enjoying their food and drink or chef plating a dish, has given us far more positive feedback than staging photos of a dish or a cocktail. People like to see others in the restaurant and bar having a great time. When time permits during a service, I try my best to take some of these photos to post to Facebook, Twitter and Instagram.”

“It’s important for chefs to have their own handles, not just be under the restaurant’s. Create your own identity and speak for yourself and the restaurant. Keep them separate and have different content for both.”

— Gregory Gourdet, chef de cuisine at Departure, an Asian restaurant in Portland, who has 2,500 Twitter followers, 400 more than the restaurant

“Stay active, and engage. Post content that you would want to see, and make sure to respond when people talk to you. If someone is using your handle, they want you to see what they have to say. For example a guest can either say ‘Had a great dinner at BLT Steak DC!’ or ‘Had a great dinner @bltsteakdc!’ If they are choosing to speak directly with you, engage back. A click of the ‘favorite’ or ‘like’ button acts as a wink or acknowledgment if the message doesn’t warrant a response.

— Devorah Rosenzweig, director of digital media for ESquared Hospitality, which owns and operates several concepts, including the flagship BLT Steak New York and more than 25 other restaurants

“I require all my managers to have one social media account of their choice and I keep an eye on their content and give them incentives based on their use. If one of my staff posts a nice picture to Twitter, I want to make sure we connect it to each other and across all the right platforms.”

“Have fun with it. And even if you’re not using social media multiple times throughout the day, it’s all about regularity. Start with once in the morning or at night, and speak about your day and keep it interesting. Talk about food, travel or anything work related. Engage people.”

4. What is social media best used for?

“Social media is a tool for us. It inspires new ideas, recipes, friendships. Following like-minded peers on social media is a great conversation piece for water cooler talk at the restaurants. We always use it as inspiration and love to see the amazing dishes coming out of all corners of the world.

— Amelia Zatik Sawyer, answering for her and Jonathon

“Word of mouth. The outreach is still extremely powerful. We do a holiday Peking duck every December, and we have people flying in from New York to eat it. It shows how far the message goes. It’s a pre-ordered item that sells for $82 and serves two to four people. (In 2012) we sold 100 and last year 182—all through word of mouth and social media.”

“This might sound cliché, but it’s really about the ease in connecting with people and gathering information. Whether I’m engaging with guests, trying to get in touch with a chef to partner with, or using the recommendation of a restaurateur for a great food photographer, social has been an indispensable resource for me.”

“It’s not only a beautiful tool for marketing, but staffing, too. Being able to reach out to other chefs and cooks for staffing needs has been brilliant. It also helps me stay in touch with events and friends all over the country and world and to see what they’re doing. Really, staying in touch is the best thing about it for me.”

5. What’s next in social media?

“I think video is the next big thing for sure.”

— Amelia Zatik Sawyer, who frequently posts videos of Jonathon and the restaurants on Instagram and Vine, a mobile app owned by Twitter that enables users to create and share short video clips

“Analytics. I think that side of it is going to be really important. When we do promotions, it’s really hard to quantify the ROI, but using programs that can give the analytics and track who’s coming in and how they heard about something and calculating revenue from social media is the next thing. We have a system that allows us to see what types of people are following us and from where, and really tell who’s getting our message. We use Revinate (a software program) to track our social media effectiveness and we can see what’s getting the most hits, what topics are most important and more.”

“Man, if I knew that I’d be a millionaire. We’ve been shown the sky is the limit. So much has happened from Facebook on. It’s been extraordinarily daunting in many ways. I think the next piece is video. Lots of Vine, and things like that, but even to the point someday I think it could become almost like a Skyping mechanism so I could be talking face-to-face with guests. You could engage with Bobby Flay or Mario Batali as a fan and have that personal contact with video.”