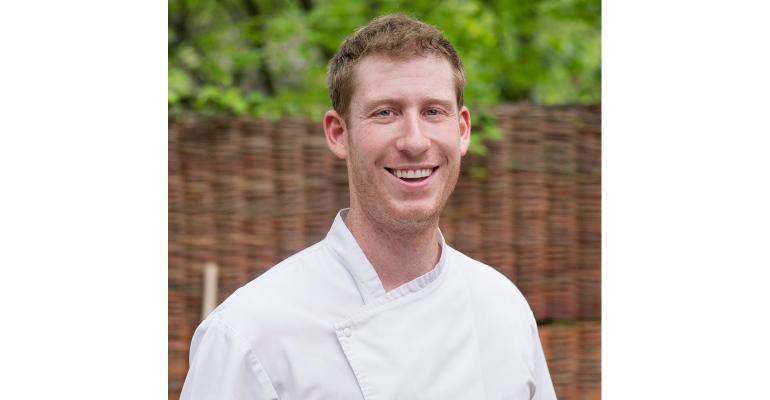 On the Rise: Greg Baxtrom

Greg Baxtrom wanted to open a thoughtful little neighborhood restaurant in Brooklyn, N.Y., and instead created a sensation.

Olmsted — named after Frederick Law Olmsted, who designed nearby Prospect Park — was built with a living wall that grows herbs and vegetables, and a now-
famous garden that’s as closed a system as the restaurant can make, with chickens laying eggs and fish that help fertilize the garden.

“That’s always been for us,” said the chef, who has an impressive résumé, including stints at Alinea, Per Se, Blue Hill at Stone Barns and Lysverket, a New Nordic restaurant in Bergen, Norway. He was also the personal chef of comedian Jerry Seinfeld. At the seasonal, ingredient-driven Olmsted in Brooklyn, N.Y., much of the produce comes from the backyard garden.

The garden is part of Baxtrom’s aspiration to run a restaurant that’s sustainable on par with pioneers Dan Barber and Alice Waters, he said, teaching his staff — and himself — what it takes to be a sustainable restaurant in Brooklyn.

“But we don’t want the concept to be that,” he said.

The restaurant should be a place that serves delicious and innovative food in a casual setting. While it is that, it’s also one of the hottest restaurants in New York City’s buzziest borough.

Baxtrom went out of his way not to introduce the trappings of fine dining that always made he and his friends uncomfortable — the condescending sommelier and the upsell of bottled water, for instance. Olmsted, which opened in 2016, is Greg Baxtrom's first solo project.

But the food, even when served in a humble format, is of fine-dining quality. Take the crab rangoon.

“It’s crab [exquisite crab sourced from an excellent purveyor] with ricotta that we make [using milk from a farm upstate] and kale that we grow in the garden,” Baxtrom said. “It can’t be bad; it’s deep-fried and salty.”

The dish is served in a Chinese-style takeout carton with “Olmsted” stamped on it, but the sweet-and-sour sauce recipe, which Baxtrom learned at Per Se, takes two hours and some 30 ingredients to make.

“We flex creatively, we used the products that we wanted, we put them in a dish that maybe people wouldn’t expect, and it’s a hit,” he said. “Mission accomplished.”