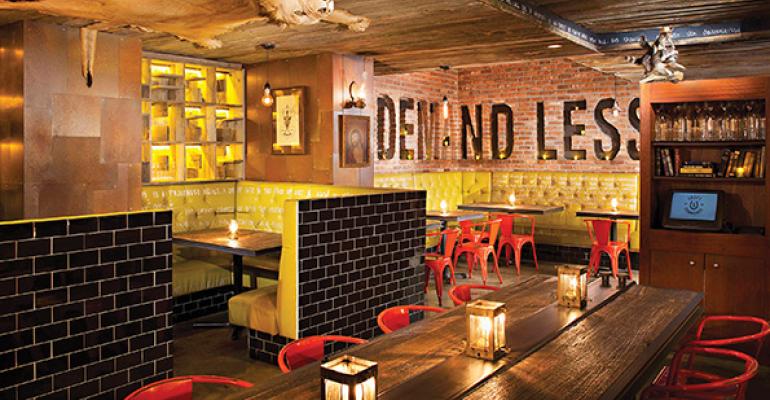 WHY IT'S COOL: When Arsalun Tafazoli told his parents he was getting into the restaurant industry, they didn’t speak with him for three years. The perception of San Diego’s dining scene was that bad. Tafazoli likes to think he and his partners at CH Projects have been a part of changing that perception. By March, they’ll have 12 restaurants within a six-mile radius in San Diego and the dining scene in San Diego now has some individuality. CH Projects’ concepts are public gathering spaces that help cultivate the neighborhoods in which they lie. There are no televisions, which are seen as a distraction to conversation and community; there is no vodka, which is meant to inspire more creatively crafted cocktails; and there is no ketchup, which is seen as a masking agent for bland food. To CH Projects, owning and operating restaurants is a personal business and the partners want to have a presence in each location each day. The idea is to immerse themselves deep into the concepts as opposed to wide and shallow. They’re proud of the role they play in the coastal city and, while it took them a while to get noticed, now they’re taken quite seriously. Design and aesthetics are incredibly important to CH Projects--there’s a common voice in their locations that focuses on the surrounding environment and brings a sense of community to the patrons.