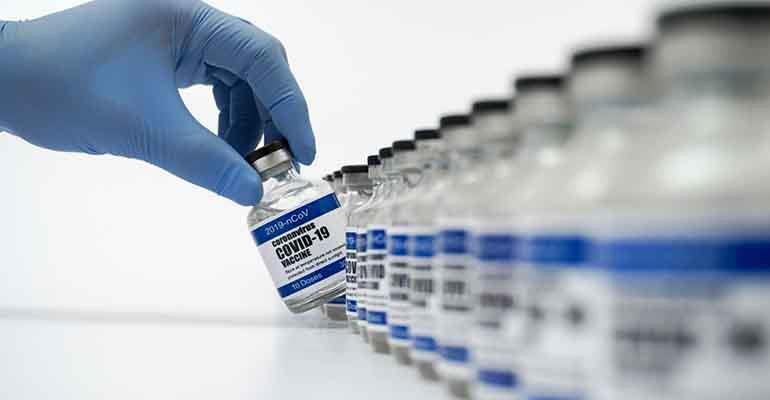 Kunal Mahto / iStock / Getty Images Plus
Most cities and states are still trying to get through the first phase of vaccine distribution, which prioritizes frontline healthcare workers.
People

Chicago restaurant workers are not in line to be vaccinated until at least next month, city officials said

On Monday, Washington, D.C. mayor Muriel Bowser said in a press conference that the city’s restaurant workers have been classified as “other essential workers” and will have a target vaccination eligibility date of Feb. 1. Residents living in Virginia and Maryland will also be eligible for the vaccinations.

Per today's press conference and the mayor's office, restaurant workers are considered part of the "other essential workers" group that has a *target* vaccination eligibility date of Feb. 1. Residents of MD/VA who are employed as essential workers in D.C. will be eligible.

While the CDC guidelines have deemed foodservice workers part of the third group in the first wave of Americans to receive the vaccine (along with people ages 65-74, adults with underlying medical conditions and other essential workers like transportation, construction, and public health workers), state governments and local health departments will have the final say on vaccine distribution.

The National Restaurant Association advocated for foodservice workers to be placed in group 1b instead of 1c when the CDC rolled out its vaccine distribution recommendations in December.

On Tuesday, Chicago city officials clarified in a press conference that as the city continues to prioritize hospital workers as first in line to receive the COVID-19 vaccine, hospital foodservice employees are also considered part of that group. Restaurant employees, however, will likely have to wait until at least February, city officials said.

“We do not have enough vaccines,” Chicago mayor Lori Lightfoot said Tuesday. “If you want to have us bend this curve and give people confidence, there must be an exponential increase in vaccines available. At the current rate it would take us a year and a half to vaccinate Chicago.”

Currently, the city is “not close to done with” vaccinating healthcare workers in group 1a, Chicago Department of Public Health commissioner Dr. Allison Arwady, said, and phase 1b (expanded to elderly citizens and the first wave of frontline workers) will likely not begin until next month “at the earliest.”

Other local governments have not begun to release a targeted schedule of vaccination groups. New York State is currently still dealing with challenges associated with vaccinating group 1a frontline workers. On Tuesday, New York Gov. Andrew Cuomo said in a press conference that so far, 900,000 vaccines have been distributed for 2.1 million healthcare workers in the state. He has attributed the slow rollout to both supply and dissemination issues.

Gov. Cuomo also said that the state’s organization plan for group 1b is “underway” for frontline essential workers, though did not specifically mention when restaurant workers would be eligible for vaccination.

In California, Gov. Gavin Newsom criticized the distribution of the vaccines as “too slow,” since only 35% of doses have been distributed to healthcare workers and long-term care residents. Restaurant workers are not specifically listed on California’s COVID-19 plan, and spring 2021 is the “best estimate” for when the vaccines will be available to the general public.

Nation’s Restaurant News has contacted the health departments in Chicago, New York State, and California for more specific information on when restaurant workers can expect to receive vaccination eligibility.