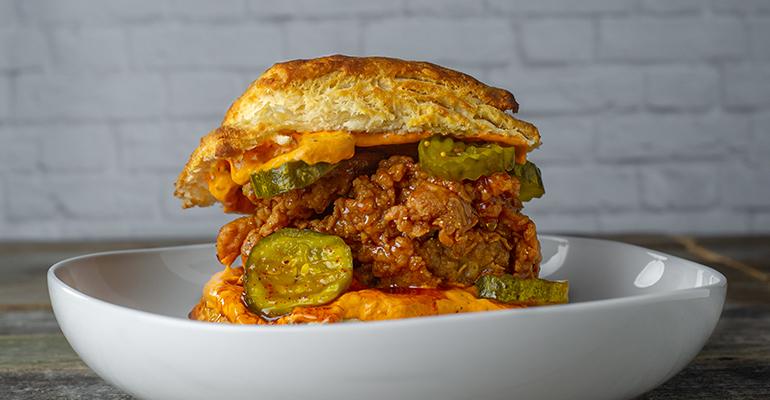 “Top Chef” alum and chef/owner of the now-closed Brooklyn restaurant Butterfunk Chris Scott, below, wasn’t cooking at his own place before COVID devastated the restaurant industry, he was working gig to gig waiting for opportunity to strike.

Then he got a call from his old friend, celebrity chef Franklin Becker — a “Top Chef Master” and founder of vegetable-focused chain Little Beet — about joining him for a new ghost kitchen venture. 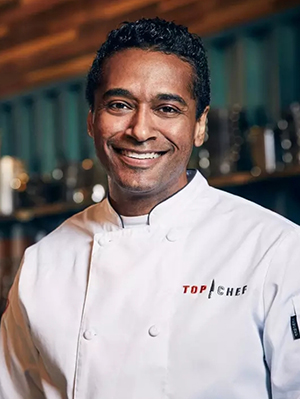 The two chefs began working on the new concepts that would eventually be housed at the Zuul ghost kitchens in Soho: Universal Taco, Galinha and Sha for Becker and Butterfunk Biscuits for Scott.

They are also preparing for the May opening of a new food hall on the Columbia University Campus in Harlem that Becker has invested in, where a brick-and-mortar location of Butterfunk is set to debut.

Scott shares his story of being a chef during COVID and his future plans for more community and chef involvement.

Q. Butterfunk closed in 2019 soon after your ‘Top Chef’ run, but you’re bringing it back in a new ghost kitchen and brick-and-mortar food hall. How did this reincarnation happen?

We closed in January 2019 because when we started, nine years previously, our rent was $4,800 by January 2019 and went up to $15,000. So, there was definitely not a real way to be able to sell enough food and pay our employees and keep the lights on and pay our quarterly tax and everything. So, we got just decided to kind of opt out. But, but right after that we opened up a place in Connecticut. And I took jobs and became a chef instructor over at the Institute of Culinary Education.

And then finally [Franklin Becker] called me one day and said, ‘Hey listen I'm about to open up this concept at Columbia, would you like to be a part of it?’ And I jumped on it. Franklin and I both have a deep history together and we got the ball rolling, but then COVID pushed everything back a little bit. But in the meantime, he was developing the same concept that we're going to do up at Columbia, but he wanted to do it in a ghost kitchen kind of format which I thought was genius.

Q. How is it operating a ghost kitchen as someone who is known for being personal with customers and food?

I think that when you're doing a ghost kitchen format, you're sort of behind the veil because people can't really come and enjoy the experience that they would at a celebrity chef’s place. You have no table touching by the chef him or herself, so your food is your mouthpiece.

I think that a lot of chefs had to dip their hands in new financial rivers because we're used to either making our money off of our restaurants or with our brand, but now we kind of had to go that ghost kitchen route, you learn that you have to concentrate on the things that you wouldn't necessarily concentrate on before. I give too deep of thought about ‘how is my food going be made in a professional way in my kitchen’ but also now be packaged, so I have to choose the right kind of packaging. Then the food is going to sit a bit, wait for that driver and hopefully there's not one, two, three or four more stops before my food gets there.

Then, once it reaches the guests, is it still going be good enough? Is it still going to be restaurant quality? So, these are all the things I've signed on while we were trying to not only develop what we were food wise, but how it would package, how it would travel, would it stay hot? 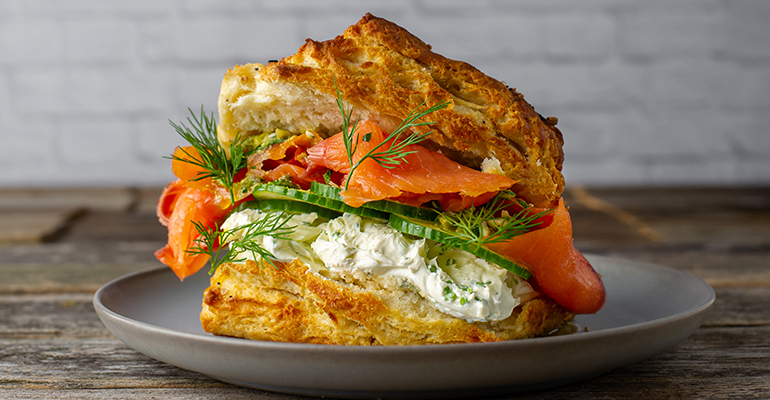 Q. How have you transitioned to the ghost kitchen life as a chef?

I’m in the kitchen [at the Zuul kitchens] every single day. We're about to kick off breakfast so I'll be coming in at 6 a.m. and stay until 8 p.m. just making sure that everything is ready. It's our newborn baby so we have to be there every step of the way, even when we have staff. We have to make sure that they're trained well and that they can do it with us in the room and do it with us out of the room.

Q. You’re one of the few celebrity chefs actually cooking in their new ghost kitchen when there’s no one to see.

I mean, that's a testimony of my work ethic. What I believe in is that I find it super important to be here on hand because it's like when you go to Bobby Flay restaurant, you're expecting Bobby Flay to be in a kitchen, but Bobby probably hasn't been there in two weeks. But when you order the food at Butterfunk, I'm there, and if my hands haven’t been on it then I stood directly next to the individual that made it.

Q. Why do you find that such an important element of the Butterfunk concept?

So many people would make the trip to Butterfunk in Brooklyn because they saw me on “Top Chef” and whenever they were in Manhattan on business, they would make an appointment to swing through and it would be standing room only outside of the restaurant at 5 p.m. when we opened. I made it a point for the people to see me or know that it was me behind the stove, and that I was in the kitchen looking over everything, because that's important. When people really enjoy your food, they enjoy what you stand for and they enjoy your conversation.

Q.  So what is the plan for the brick-and-mortar location of Butterfunk in Harlem when it comes to your presence and mission?

Once we open up the Columbia spot, there's actually a space in that room for us to do pop up dinners. In the evening, and what we plan to do is invite big name chefs from all over the country — a lot of my contacts — and have them fly into New York. We'll do some pop ups with them, but I also want to put some not-so-well-known chefs on the map as well. Once you're in the field, you know people in different countries who are movers and shakers and developers and have fantastic cuisines. I really want to be able to open doors for new chefs coming up and have that built in the community.