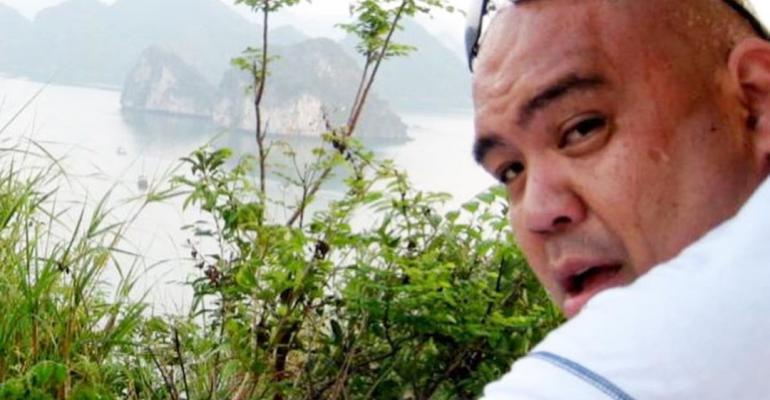 Rodelio Aglibot, a popular Chicago chef known for his friendliness and charm as well as his culinary talent, died Saturday of cardiac arrest following an apparent heart attack on Friday. He was 52.

His death does not appear to be related to Covid-19.

According to a report in The Chicago Tribune, Aglibot was in Cincinnati on Friday working on a location of E+O Kitchen, an Asian-Latin concept, and planning to open two additional locations in Columbus, Ohio.

Born in the Philippines, Aglibot grew up in Hawaii and then moved to Los Angeles where he was chef of Yi Cuisine, Koi and Zazen. He then moved to Chicago, where he was the opening chef of Sunda, a pan-Asian restaurant with a focus on Filipino cuisine that opened in 2008. Earth & Ocean and FireFin Poke.

“His incredible smile, energy, talent, warmth, friendship, love … embodied hospitality, and still lives in all of us to this day,” he said.

Aglibot embraced his nickname “Food Buddha,” which chefs gave to him for his warmth and calm demeanor as much as his stature. “The Food Buddha” also was the name of his show on TLC.

Aglibot’s Facebook page has filled with tributes and memories of the chef, and his sister, Ruby Byers, on Facebook said “Whether you knew him as Den, Rod, Rodelio, Lolo, Ninong, Chef, or the Food Buddha, you knew he had the most infectious laugh, an amazing talent, and THE biggest heart. In his 52 years on earth, he touched so many lives all around the world. He had the best time no matter where he went, what he was doing, or whom he was with. If you knew him, you loved him. If you knew him, I know your heart is broken too.”

Details about his memorial service are pending.