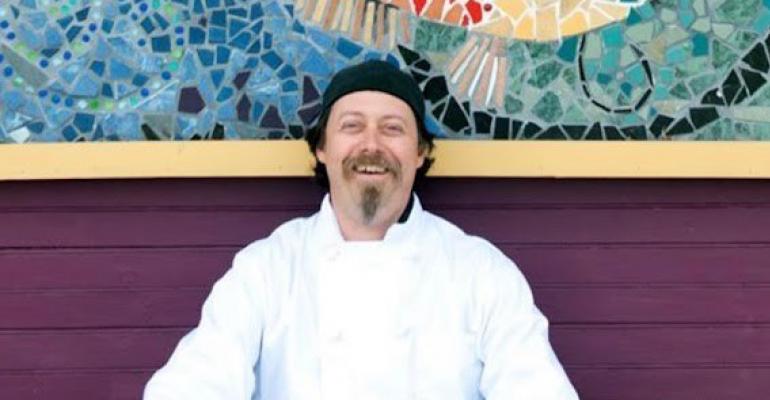 Chef/owner of The Stonecat in Hector, N.Y., dies at age 54

Scott Edward Signori was known for bringing together food, music and art

Scott Edward Signori, the chef and owner of the Stonecat Café in Hector, N.Y., died on Dec. 26 after a 16-month battle with glioblastoma. He was 54.

Signori was described as a pioneer of the farm-to-table movement in the Finger Lakes area who developed deep relationships with local farmers. He opened The Stonecat in 1999 and took pride in “establishing true connections with people, food, the land he loved, music and art,” according to an announcement from the family.

Before opening The Stonecat, Signori — who was raised in McLean, Va. — opened the Escape Café, a tapas restaurant and bar, above La Fonda restaurant in Washington, D.C., which beame known as a gathering place for music lovers. He is credited with introducing one of the first drag brunches in the city, and hosted musicians from Paula Cole to Jewel, as well as local hip hop and indie rock bands.

In a Facebook post last month, restaurant officials wrote that Signori’s legacy lives on in the thousands of lives he touched.

He was buried on his land in Hector, N.Y. and a celebration of his life will be held in the spring there, the family said. Donations can be made to Seneca Lake Guardian at www.senecalakeguardian.org.