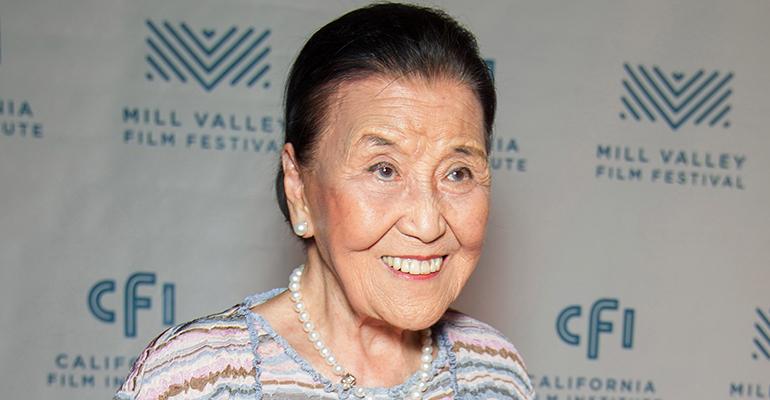 Cecilia Chiang, who helped revolutionize Chinese dining in the United States, died at her home in San Francisco on Wednesday, according to published reports. She was 100 years old.

Chiang was born in 1920 in Wuxi, China, about midway between the cities of Shanghai and Nanjing, but was raised in Beijing until she fled west to Sichuan province when the Japanese invaded during the Second World War. After the war, following a stint in Japan, she settled in the United States.

She opened the Mandarin restaurant in San Francisco in the early 1960s, which, after struggling for a while, expanded and grew to become one of the country’s first Chinese fine-dining restaurants and a culinary landmark frequented by food luminaries of the day, such as James Beard and Alice Waters.

The restaurant veered from the path of Chinese-American cuisine, which was largely influenced by American idiosyncrasies and the cuisine of China’s deep-south Guangdong province (also known as Canton), and served Sichuan dishes such as kung pao chicken and twice-cooked pork as well as northern Chinese dishes such as potstickers, as well as more high-end dishes such as whole stuffed chickens and tea-smoked duck.

Chiang was not a trained chef herself: Growing up in an aristocratic family, she was raised on extravagant meals cooked by the family’s chefs, and that influence was brought to bear on her restaurant. She hired chefs from China to run the Mandarin, which became a training ground for other chefs, who would in turn introduce Chinese dishes that had rarely been seen in the United States before.

Hunan Taste, another Bay Area restaurant that spearheaded the Hunan cuisine movement — American restaurant-goers’ first introduction to spicy Chinese food before it was eclipsed by Sichuan cuisine — got their start at the Mandarin.

So did George Chen, the founder of China Live, the 30,000-square-foot Chinese dining complex in San Francisco.

Her son, Philip Chiang, is a co-founder of the restaurant chain P.F. Chang’s China Bistro.

Chen and many others shared memories of Chiang on learning of her passing.

I remember her since I was 13 when she remarked on Mom’s cooking at a Mah Jong dinner...that started a 50 year friendship w me working at The Mandarin many years, assisting my early restaurants, Betelnut, Shanghai 1930. A true visionary that changed Chinese cuisine in America!

I’m so sad to learn that Cecilia Chiang has died. Her work, which so many cooks have built on over the years, pushed everything forward. Last fall, on her 99th birthday, we read old menus together and she patiently answered hundreds of my questions https://t.co/WGNgZuHU5v

My happiest childhood memory of San Francisco was in Cecilia Chiang's restaurant. Our family was still whole then & there was smoked duck & tea & happy conversation. That moment has stayed with me forever. https://t.co/ksHy4mbPkN

Cecilia Chiang. A legend. A true force of nature. We will miss her. ❤️ pic.twitter.com/DmzDYqQ1wA

I interviewed Cecilia Chiang 江孫芸 several times, one time was at her Pacific Heights home, talking about the development and innovation of Chinese cuisine.
She's very nice to me, sometimes she called me for our newspaper and told me my writing was good. pic.twitter.com/OVWEcqBrX2

According to the New York Times, Chiang sold the Mandarin in 1991 and it closed in 2006, but she continued to work as a consultant into her 90s.