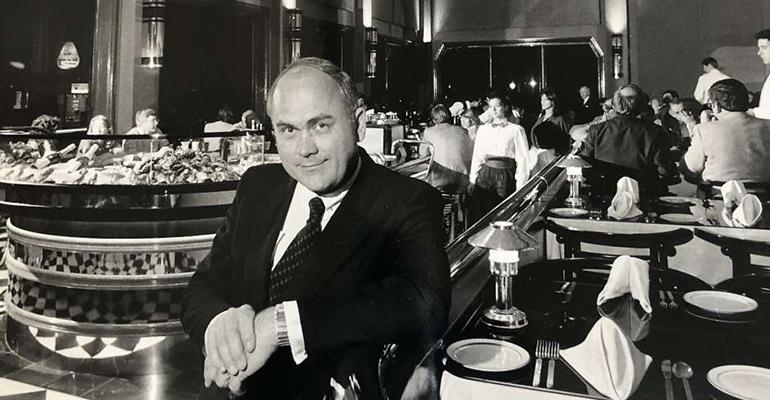 Robert Samuel “Sam” DuVall — San Francisco restaurateur known for Izzy's Steakhouse, Elite Cafe, The Great American Music Hall, and Cafe Royale — died at his home Nov. 1 due to old age, according to a company announcement on Monday. He was 80 years old.

A native of Jacksonville, Miss., DuVall moved to San Francisco after graduating from the University of Mississippi in 1960. The 30 restaurants he opened during the 50-year span of his career covered many cuisines, from New Orleans-style food at Elite Cafe to Cuban dishes at Habana to traditional steakhouse fare at Izzy’s Steakhouse.

“He had the goal of taking someone out of their day-to-day and bringing them, if just for a few hours, into an all-encompassing, unique experience, from the decor to the food to the way they felt when they walked in the door,” daughter Samantha DuVall Bechtel told the San Francisco Chronicle.

Some of DuVall’s restaurants were equally about the experience as the cuisine. Café Royale was a former piano store that, when DuVall transformed it into a restaurant, was made to look like an ocean liner.

Business partner Joe Kohn told the Chronicle that DuVall didn’t believe in fancy dining but instead, believed in “comfort food and value,” which meant that he often gave customers something “free and familiar” with their experience. Depending on cuisine, that meant free rice and beans with entrees or fresh beignets.

Samantha DuVall Bechtel has been named to head up The DuVall Family Restaurant Group. She was previously the CEO of Izzy’s Steakhouse, where she has been since 2019.

Izzy’s Steakhouse currently has two locations, but had six units at its peak and achieved Legacy Status from the city of San Francisco in 2013.

At the time of his death, Izzy’s was the only restaurant DuVall still owned.