In a business as sprawling and competitive as foodservice, it&#39;s tough to get noticed. Dream up a new concept that takes off right out of the gate? Ignite a food or drink craze? Inspire your colleagues? Create wow experiences? This year&#39;s crop of people to watch are all that, and more. &bull; 14 to watch in 2014 &bull; GALLERY: A closer look at the 14 to watch 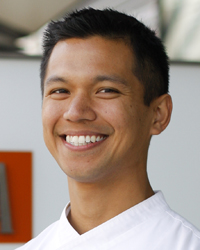 Olalia’s culinary pedigree makes him a natural to take the high-profile helm at one of the country’s most celebrated restaurants. Last year, Patina founder Joachim Splichal hand-picked Olalia to head up the kitchen at his landmark fine dining spot at the Walt Disney Concert Hall in downtown L.A. Before joining Patina in 2010, the 30-year-old was a private chef for Oracle, where he cooked for company founder Larry Ellison—no doubt excellent training for L.A.’s high-maintenance audience. He arrived there after training with no less than Thomas Keller and Corey Lee at French Laundry, and Guy Savoy at Restaurant Guy Savoy in Las Vegas.

Tocco embarked on his career five years ago at The Patterson House, a partnership between Strategic Hospitality Group and Alchemy Consulting. Patterson House ushered in Nashville’s cocktail renaissance and Tocco’s signature mixology style. He moved on to Rolf & Daughters, where he crafted drinks to reflect the modern peasant fare. Last November, Tocco returned to Strategic Hospitality to take over as beverage director of Nashville’s first alternative social club, Pinewood Social. Mirroring the all-American focus of the new concept, cocktail selections will change with the seasons and incorporate house-made bitters, syrups and juices and chiseled ice from the bar’s 300-pound Clinebell ice block. Next up: cocktails on tap, adult milkshakes and frozen drinks by the soon-to-open pool. 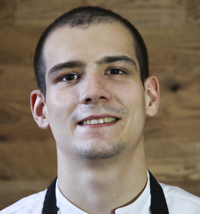 Havidic cut his teeth at Homaro Cantu’s Michelin-starred moto, and continued the tradition when he took over at iNG, where science meets pop culture. Known for his innovative style and artistic flair, he recently created a menu that pays homage to surrealist Salvador Dali, with plating and bold flavors designed to reflect the iconic artist’s signature style. One course, Honey is Sweeter than Blood, teams a Brioche maxim with roasted beets in vinegar orange and salt, roasted beet sorbet, pine nut puree, toasted pine nut, candied orange zest, pickled beets, micro bulls blood salad and beet vinaigrette (phew). He often seeks inspiration from nature, and he sees more chefs following suit. “The days of white round plates are over,” Havidic predicted in a recent Huffington Post interview. 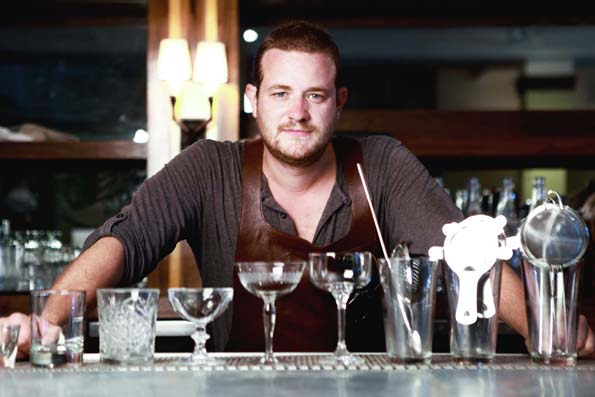 Davis, a costar of Spike TV’s Bar Rescue and bar director at two San Francisco concepts, is known for his southern charm and an iconic bartending style. At Bergerac, which opened in September 2013, the menu includes soda fountain-era inspired drinks, punches, table-shaken cocktails and seasonal bottle services as well as a serious ice program and house-blended spirits and vermouths. He is also working to elevate the bartending profession by acting as an advisory board member for Drink Careers 101, creating his own bar/mixology/spirits consulting company and consulting on a variety of bar projects and liquor/spirits brands. He teamed up with St. George Spirits to create a barrel-aging technique, the Manhattan Project. 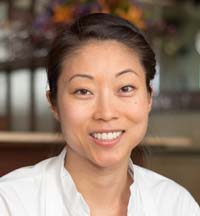 Giffen, who spent much of her childhood in Europe, last year ascended from cook to chef at this seafood-obsessed establishment in the city’s Williamsburg district. Leading up to Maison Premiere were stints at Prune, Blue Hill, Daniel and Adour, where she learned from some of the country’s most talented chefs. She’s putting her stamp on the Maison menu with choices such as lobster with sweetbreads, peas, hon shimeji and scallion; or rabbit with spaetzle and carrots. Newer dishes pull in New Orleans and French influences. 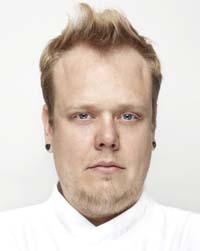 Chittum left his post at the revered Vermilion in nearby Alexandria to relaunch the Iron Gate, once a DC stalwart that had been closed for three years. After a drawn-out rehab of the neglected Dupont Circle space, he has introduced a Greek and Italian-influenced menu. While waiting for the construction work to wrap up, Chittum spent months traveling through Sardinia and Greece seeking inspiration. He presides over a space divided into three distinct sections: a dining and bar area, intimate indoor space with a huge fireplace in a former carriage house and a large courtyard. The indoor space offers a four- or six-course tasting menu with options in each category, while the patio and bar have their own less-formal a la carte menus. Locally sourced seafood such as octopus and oysters is a highlight, as are whole rotisserie-roasted animals. 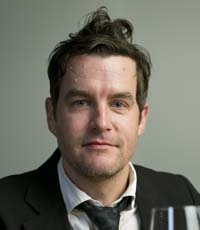 Quinn is an advocate for small, family-owned wineries that produce wines using as many natural processes as allowable. Quinn, a certified sommelier who was named a top sommelier by Food & Wine magazine in 2012, travels to major wine-producing regions throughout the year in search of the Next Big Thing. He has developed his own portfolio of artisan European wines, sold under the Jeremy Quinn Selections label. He also oversees the wine programs at sister restaurants Webster Wine Bar, The Bluebird and Reno. His background as a fiction writer no doubt helps him craft evocative tasting notes   like “this generous tannat blend from the far southwest harks back to the clarets of old with a deep color and pinpoint tannin.” 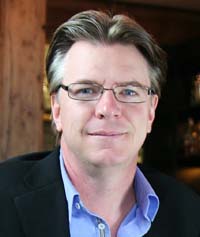 Davis has poured wine at some of the country’s finest eateries: Commander’s Palace, where he caught the wine bug while waiting tables after high school; Michael’s, in Santa Monica; Geronimo in Santa Fe; Bin 54 in Chapel Hill, NC. He worked for a wine distributor, eventually achieving master sommelier status, then teamed up with Louisville-area restaurateurs Michael and Steven Ton to open Doc Crow’s Southern Smoke House and Raw Bar in Louisville’s historic Whiskey Row. Two years ago the trio took on another partner, attorney Chip Hamm, to open a second restaurant, La Coop: Bistro a Vins. This  year the group plans to branch out further, opening a second Doc Crow’s in Louisville and a steakhouse in Nashville.