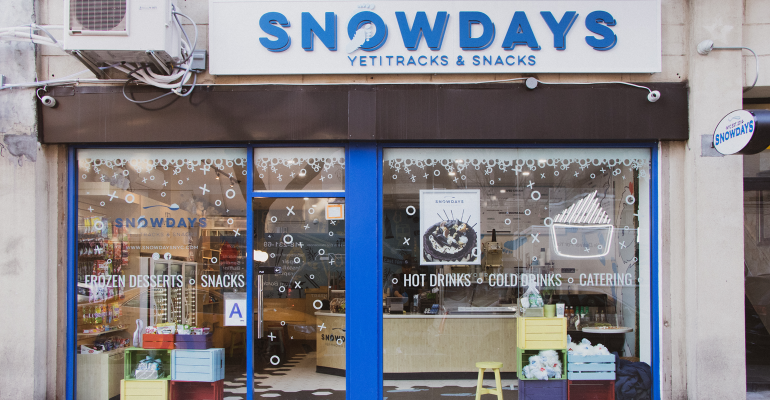 All photos courtesy of Snowdays
People>Owners

Tony Quach opened his first Snowdays location in New York in 2014, and the shaved-cream dessert concept took off at first, expanding to four locations and being named a Breakout Brand in 2018.

Despite having a product that stood out and stores in thriving parts of New York, Snowdays struggled to generate enough revenue. With all of his units losing money, Quach turned to a television show he regularly enjoyed watching: “The Profit.”

Throughout the run of the CNBC primetime reality series, now in its sixth season, host and millionaire entrepreneur Marcus Lemonis visits small businesses fighting to stay afloat. Once he figures out why they’re not profitable, he decides whether or not he wants to strike a deal with the owner by investing his own money, and then makes changes to help the business.

While filming, Lemonis first visited Snowdays’ original unit in the East Village and tried their shaved creams, as seen in an episode that aired in February.

The dessert market is “one of the most cutthroat markets in all of the food industry,” Lemonis said on the show.  In such a competitive segment, having a seasonal product played a role in Snowdays’ declining revenue.

Though all four Snowdays units were losing money, Lemonis opted to invest in the concept after seeing how it stood out from other dessert places — and recognizing Quach’s passion for his business.

For the sake of television, the deal and the negotiation process between Lemonis and Quach were presented very simply: $300,000 from Lemonis for 50% of the business.

In real life, the terms of the agreement were different from what was depicted, said Quach, declining to disclose the details of the investment. He ultimately agreed to take the deal.

Lemonis then convinced Quach to close down all four locations last fall to rework the concept. Lemonis noted that each unit had different branding for the menu, signage and store design, so the first step was bringing all four units under one brand identity.

“Tony made the common mistake of every entrepreneur, that he expanded too quickly. Now what he’s left with is a half-baked business concept with inconsistent branding,” said Lemonis on the show.

The host tapped past “The Profit” participant Precise Design Group to work with Quach in creating a new look for the East Village store that the owner now plans on using as a template for future units.

Lemonis’ suggestion for increasing guest checks and traffic throughout the year was to utilize all the extra space in the store with a snacks-and-drinks section offering curated Asian products and branded merchandise. 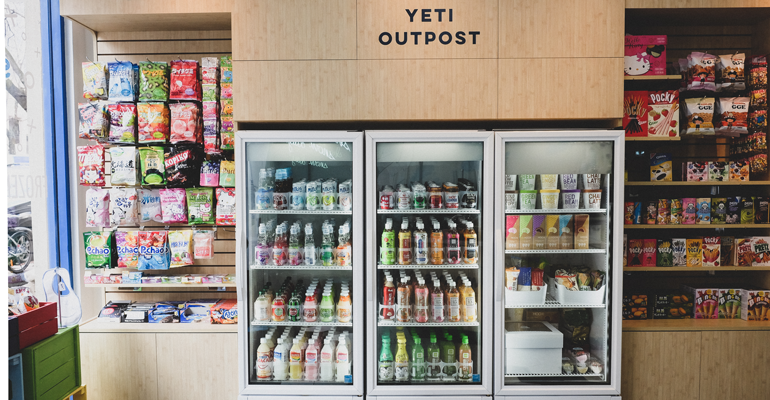 He also connected Quach with owners Richard and Michael Emanuele of Mr. Green Tea, a “The Profit” success story, to outsource the supply.

Quach now no longer handles the production process, which had previously been done in a commissary in Queens. Mr. Green Tea, a retail ice cream and mochi company based in Keyport, N.J., began manufacturing Snowdays’ products, such as the dairy blocks used for shaved cream and the mochi ice creams now offered on the menu. 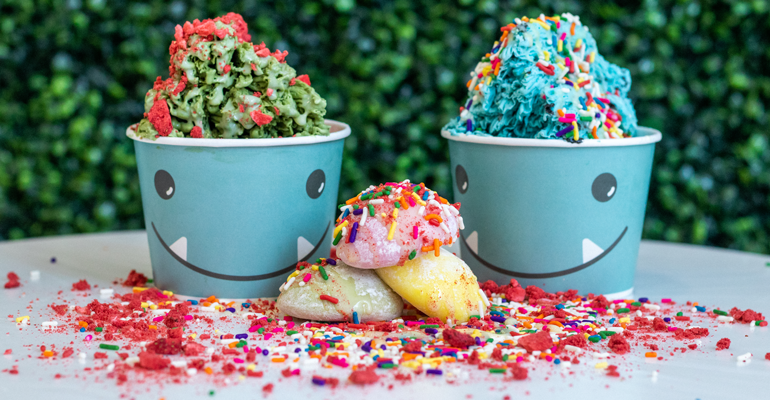 As is expected in reality TV, the show is not without drama. The episode involves melodramatic background music, tense confrontations between Quach and his staff, and an emotional moment as Quach tearfully shares that he wants to save the business to provide for his wife Stephanie and their toddler Penny.

Behind all of those made-for-TV elements, however, Lemonis really helped Snowdays, according to Quach.

“A lot of things are done for TV,” said the Snowdays owner. “I think the overall macro view of what happened — Marcus investing in our company, connecting us with Mr. Green Tea, and us redoing the concept — that was all real.” 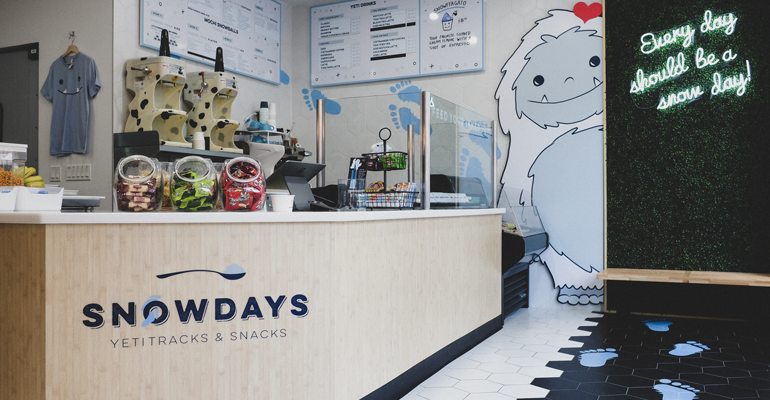 Only time will tell if being on “The Profit” will lead to a happy ending for Snowdays. A deal from Lemonis doesn’t guarantee success.

In the case of Amazing Grapes, a wine bar in Rancho Santa Margarita, Calif., for example,  Lemonis’ investment helped the owners reopen and operate successfully for a year and a half. But when it came to making improvements to support the growing business, Lemonis reportedly couldn’t be reached.

Farrell’s Ice Cream Parlour in Southern California, which had appeared on the reality show in 2016, closed down all of its locations except for one in January.

Other small-business owners that had appeared on “The Profit” said they felt exploited for the sake of entertainment, or felt Lemonis had taken advantage of them. Some reportedly said they faced backlash and even experienced death threats from “The Profit” fans for talking back to Lemonis or not accepting his deal. 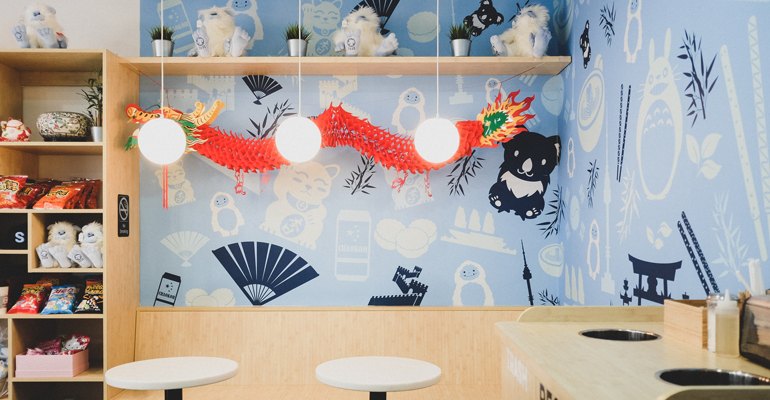 Lemonis did not respond to requests for comment at press time.

But Quach said he feels good about the changes so far. He declined to share specifics on the store’s performance since its relaunch, but he said revenue is definitely up and the new additions have been moving better than expected.

Another positive outcome after being on the show has been having the time to focus on operations and new product creation, he said. The Mr. Green Tea partnership has been a smooth process. 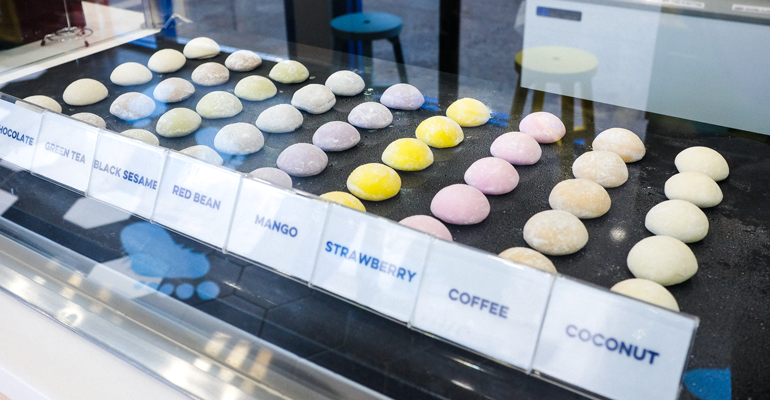 “I’m in full creative control and operational control of the company,” said Quach. “They’ve been very helpful in helping us refine our product as well as working on new types of products with us.”

In addition to its previous offering of customizable shaved creams and coffee and hot chocolate beverages, Snowdays now has a bar where customers get their mochis dipped in different sauces and toppings such as housemade matcha brownie brittle pieces and freeze-dried strawberries. The dessert concept also serves ice cream sandwiches and ice cream cakes that customers can custom order for $80 to 100.

Since the reopening in early February, Yelpers have been leaving generally positive reviews online, and Quach has been getting great feedback from customers directly.

“People really love the new additions that we’ve made to the shop and as far as the mochi, people really like what we’re doing,” said the owner. “We’re doing a lot more flavors than what’s available in typical supermarkets.”

As the brand grows, Quach hopes to roll out mochi ice creams with signature Snowdays flavors such as Yetitracks, a combination of blueberries and Oreo, and new drinks such as nitro teas. He also plans on branching out into retail markets with cold-packed pints, which are in the research-and-development stage.

With the East Village location making waves with its new look and product lineup, Quach is looking to expand soon. Another corporate location is planned for this year, and a franchising agreement has been signed for a new unit in Brooklyn.