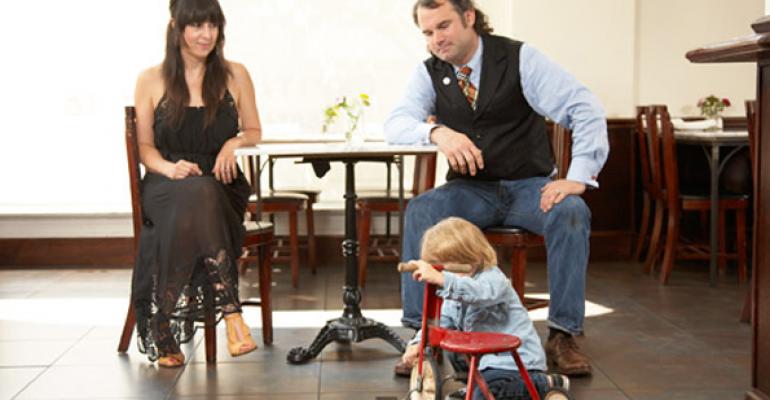 What separates independent restaurants from the pack

While recently filming for our upcoming “people of indie restaurants” video series, we interviewed a number of operators, including the proprietors and some of the staff at Capital Club 16 in Raleigh, NC. We asked them why they like being a part of an independently owned restaurant, why they believe indies are important in their communities, and more. Here’s what they had to say:

Why are independent restaurants important in their communities?

What advantages do independent restaurants have over chains?

Independent restaurants have the unique benefit of knowing our customers, and knowing what their roles are in the community. It is a much more down-to-earth, much more grassroots relationship with the community if you are an owner-operator.

How important is it for you as owners to be present in the restaurant?

Our presence as owners is definitely recognized by the guests because we treat them like they are in our house. If I can’t make it out to greet them, they know I’m back there in the kitchen cooking. They know that what is going into that dish is effort and love. They can feel that. Meanwhile, my wife, Shannon, has been here up front greeting customers from the first day, and four years later, many of them have become good friends and have watched our son grow from a baby to a four-year old boy.

What kind of people do you tend to find working at independent restaurants?

Most people I’ve worked with in independent restaurants are passionate people who have other interests in their life, whether it be music, art, film, dance...all sorts of things. They are just driven people in general. And when you find a place like this you can really get fired up about what you’re doing. You have a support group and everything gels together and as a group of passionate, driven people you get stronger at what you do. You learn from each other. We eat, we talk, we share thoughts, we joke. And we build our lives around working together here. We’re going to be supportive of whatever you do here and outside of work. If you are a musician, we’re going to go to your shows. If you’re an artist we’re going to go to your galleries. If you make jewelry, we’re going to buy it. It’s just part of helping everybody progress and we’re all in this together.

What have you learned from being able to work directly for the owner of a restaurant?

Jake Wolf is one of the hardest working men I’ve ever seen in my life. He’s the owner, the chef, and he’s in here doing it harder than anybody I’ve ever seen. And he doesn’t get to spend much time with his family because this is his bread and butter. But one day I was standing at the host stand, and I looked at Jake and his wife, Shannon, and their son Johnny, and they were sitting at a table, having a meal. It was a Tuesday night, the sun was setting and it shined on the words “Capital Club 16” in the window, and I said to myself, ‘That’s the American dream. It actually exists.’ That moment when I saw him sitting there having dinner with his family, in his own establishment, I thought, That’s doing it right. That’s doing it with heart. And I thought that this is something I want to do one day as well if I get the chance.

What is unique about working for an independently owned restaurant?

I think it’s nice for the employees of independent restaurant like ours to see that the owners’ hearts are in it. And you see that directly. It’s not like you have to write off for permission to do this or that. You just walk into the kitchen and we’ll come up with an idea and we’ll do it that night, or that weekend. It’s a very hands-on experience and the employees get to be a part of it, and that’s what builds the character of this restaurant and other independent restaurants in general. That very hands-on feel is something the customers can sense. I get the same feeling when I go to other independent restaurants. You can tell people care.

Talk about the flexibility you have to be creative and try new things at an indie like Capital Club 16.

In a lot of larger places, everything is sometimes written in stone, while there is often a lot of room for experimentation in an independent restaurant, and I think that’s great. If you want to try something, you try it and see what happens. There are four to five heads in the kitchen, there are a few servers, so when you’re bouncing stuff off of other people who work here, you never know what the end product might be. The best course is to get other people’s advice and ideas, and kind of meld your own finished product out of that. There’s freedom to knowing that everybody’s thoughts and ideas are valued here. Everybody’s input matters.

Why have you only worked at indie restaurants during your 10 years in the restaurant business?

I like working in these boutique-style, family-run restaurants, where it’s not only like a family, but almost a club, and it kind of becomes your lifestyle. And in places like Capital Club 16, I can dabble in many parts of the business. There’s not a chain of command that is inaccessible. I can be mentored by and work with anybody here on any aspect of the business. I get to dabble in everything from serving, hosting, and bartending to expo kitchen work to finance. I think that exposure is really important, and often times not accessible to people who work in large corporate environments or these large business models. I’m really learning what it’s like to run a small business from top to bottom, every day.

Also, there’s a sense of accountability that I think everyone feels at a place like Capital Club. You know the person who runs the business. You trust them. You respect them. And you believe in what they are doing. And I think with that level of accountability that everybody has, it does something special for the restaurant.

Does it feel like being a part of a family when you are part of an indie restaurant?

Yes, it does here. Jake and Shannon treat us all like family. It’s one of their core values. They’re building this dream, and they want to bring everybody in. They’ve always treated us all with a tremendous amount of respect and patience, and I think what goes around comes around.

We look forward to capturing the thoughts, philosophies,and stories of a few of the many amazing, hard-working, inspiring people that own and work for independent restaurants through our upcoming video series. The first installment, “The people of Capital Club 16,” will launch in April on restaurant-hospitality.com.