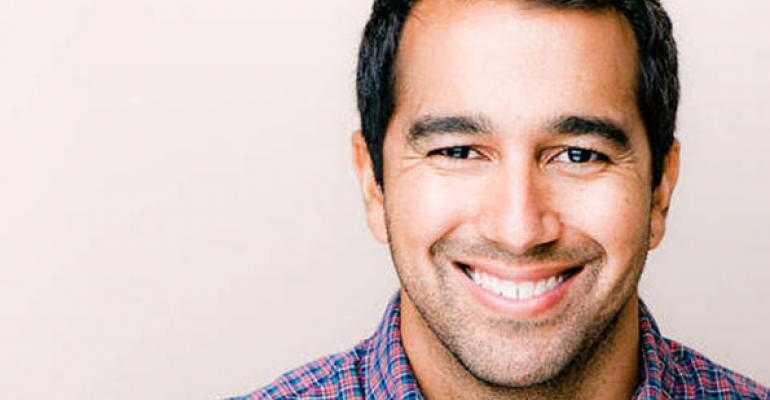 <p>Dustin Lancaster fell backward into the restaurant industry after investing in a wine bar that became an immediate hit.</p>
People>Owners

Dustin Lancaster may have washed dishes and bussed tables in high school, but he certainly was no restaurateur.

The 18-year-old kid from Deer Creek, Oklahoma, moved to Silver Lake, an affluent hipster Los Angeles community, after high school to become a star. He went to art school and shot commercials in his spare time, eventually dabbling in television acting. As the acting gigs picked up, Lancaster looked for a fun way to invest the extra money that was coming in. Investing in a wine bar “took the pressure off of acting,” he says.

His first spot, a wine bar called Bar Covell, opened in 2010 and ended up securing a spot on Travel and Leisure’s “America’s Best Wine Bars” and Esquire’s, “Best Bars in America” lists. He set the bar high, and he’s been raising it ever since. He created a hospitality group called An Eastside Establishment, and as the Silver Lake community grew, so did Lancaster’s business.

Five years later, Lancaster is still in Silver Lake, now with seven food and beverage outlets and a five-room boutique hotel. The pace has been startling. In 2012, Lancaster opened L&E Oyster Bar (named one of Los Angeles magazine’s 75 best restaurants) and a wine and beer bar called The Hermosillo. In 2014, he opened El Condor, serving fresh Mexican food and cocktails, and in 2015 he opened Highland Park Brewery and the boutique Hotel Covell.

His most recent venture is Augustine Wine Bar, a hip vintage joint that is both casual and sophisticated. Yelpers are fawning.

“Almost as if you stepped back in time a little bit and into someone's living room or parlor room, complete with a stand up piano, a large marble wrap-around bar, cute two-person booths,” says one reviewer. “Of course the wine selection is top notch, the staff is super knowledgeable and friendly and the food is looking pretty tasty.”

Restaurant Hospitality caught up with Lancaster to discuss how he fell backward into the restaurant business:

RH: How was the transition from restaurant employee to restaurant owner?
Lancaster: I was bar managing so I knew how to do inventory and payroll. When you see all of the gears in motion in a restaurant, I kind of thought to myself, “How much more do I need to learn or know to do this?” I started developing a business plan and I took a one-week class at a UCLA extension. I came out of there with a full-fledged business plan.

At first, I had to figure out a market analysis and a break-even cost. Those were sides of the business I hadn’t really thought of.

Silver Lake was what I knew; it’s where I cut my teeth. I’ve always resonated with the people here and it really is all of my friends and neighbors.

I started with a wine bar because I didn’t want to start with a restaurant. When you’re opening a restaurant, the food component is much more difficult than opening a bar. Restaurants are such brutal machines. You’ve got to make sure your food costs, cost of goods and labor are all in check and get all those to line up. It’s just really tough, especially for a first timer, so I kind of took those elements out of the picture. I wanted to make sure I wasn’t overzealous and didn’t try to tackle too much, after all I was 30 years old and not a chef.

RH: So when did it finally hit you that you’re officially a restaurateur?
Lancaster: I didn’t open Covell with ambitions of opening anything else. When it did so well I started to rethink it and think, “Maybe I’m good at this.” That next year I was on a trip to Boston and we were at a wedding, eating at this oyster bar. I love that whole scene, but there were no really good oyster bars in L.A. When I opened L&E in 2012 it did really well. We caught lightning in a bottle.

RH: How was your first experience assembling a kitchen team?
Lancaster: It was a really kind of serendipitous thing. I was talking with a chef at a restaurant at home in L.A. called Grace and she was going to come in (to L&E) and keep it streamlined. Not have a super heavy menu, but much more of a raw bar—oysters, prawns, mussels, clams, but not go into full dishes. I was in talks with her, but in the interim I was having a party at my house and a chef I used to work with showed up with a cauldron full of clam chowder, and it was the best anyone had ever had. I spoke with him about the job and his eyes lit up—he loved the idea and the concept. So I decided to give the job to someone I had worked with before, and the restaurant really took a different shape.

RH: What challenges have you run into along the way?
Lancaster: The Hermosillo was originally a sandwich shop concept called Storefront. But when we opened that it was under-capitalized. You don’t want to be under-capitalized because you’re always in the hole. So we had to take on another investor and we just couldn’t find a way to make it be really profitable. We were making hardly any money off of it. We ended up just not seeing completely eye to eye—you really need to make sure you and your partners speak the same language—and ultimately we revisioned it and it has been completely successful. You have to adapt. We’ve made plenty of mistakes—anyone who takes risk is going to. A lot of people think running restaurants is a super-glamorous job until you have to go deal with flooded toilets.

RH: Since L.A. sees all the trends before they move east, what can the rest of the country expect to see happen in the restaurant space over the next few years?
Lancaster: We see a trend away from fine dining and toward a much more mid-casual environment where restaurants are doing things classy and nice but not white tablecloth. That has a much stronger appeal—cheaper and much more relaxed.

Farmers’ markets and the farm-to-table aspect is very popular, but it is very expensive to go to farmers’ markets and shop. So chefs have to be very careful when they’re making an artisanal menu. You’re going to have to price it accordingly. You don’t want a little salad dish to cost $16. It’s always a juggling act of sourcing great products.

L.A. just approved a minimum wage increase, and in that they are removing a tip consideration. It’s going to put a very, very large strain on restaurants. How are you going to give a raise to front-of-house staff who are already making $15 an hour plus $30-$40 an hour in tips? How do you make that a sustainable model? I’ve heard some people talking about going to iPad ordering, and a lot of people are going to a service charge that’s built in and moving away from tip service. I don’t know what that trend is going to be but I think it’s going to have catastrophic effects.