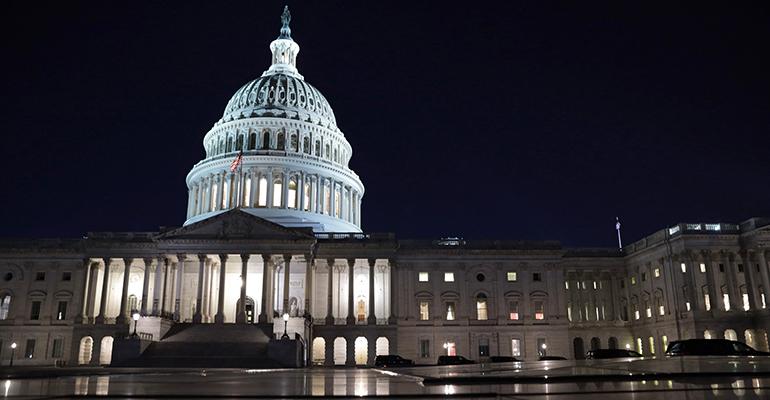 Alex Wong / Staff /Getty Images News
The Senate began debate on Friday morning and ended with a vote around 12:30 p.m. on Saturday after a “vote-a-rama” featuring suggested changes from both parties.
Operations

The U.S. Senate passed President Joe Biden’s $1.9 trillion COVID-19 relief package Saturday afternoon after more than 24 hours of debate, including $28.6 billion in relief for small restaurants (increased from $25 billion in the original bill), state funds for vaccine distribution, and $1,400 stimulus checks for Americans making less $80,000 (or $160,000 per household).

The final version — which excludes the Democrat-sought $15 minimum wage and shrinks unemployment benefits from the original $400 to $300 — was passed strictly down party lines 50-49, and now heads back to the U.S. House of Representatives, which is expected to vote on the amended bill this week. If it passes, the bill will head to President Biden’s desk for signing.

The Senate began debate on Friday morning and ended with a vote around 12:30 p.m. on Saturday after a “vote-a-rama” featuring suggested changes from both parties.

The American Rescue Plan also includes the Restaurant Revitalization Fund, which now will provide $28.6 billion in debt-free relief for small and mid-sized restaurants and is based on the original $109 billion RESTAURANTS Act passed by the House last year.

The plan would provide up to $5 million in grants (not loans) for individual restaurants, bars, caterers, breweries and tasting rooms or up to $10 million for restaurant groups. To qualify, restaurants must not be part of an affiliated restaurant group with more than 20 locations.

See more about the Senate passing the $1.9 trillion American Rescue Plan with $28.6 billion in restaurant relief on NRN.com.