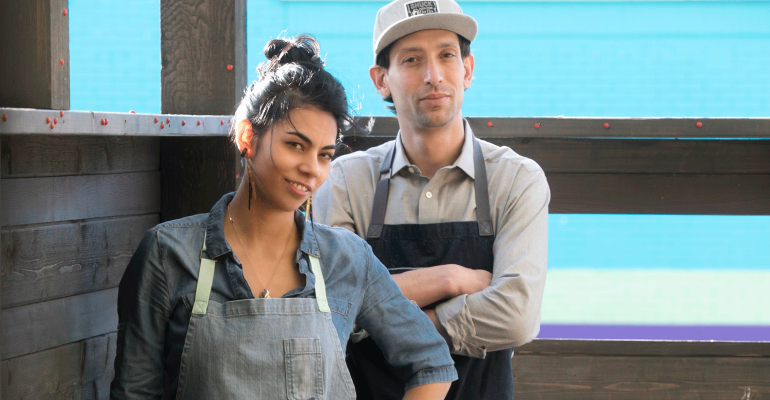 The perplexing challenge of rethinking tips

Hospitality included or service charge? The debate over a fair wage continues

Restaurateurs over the past three years have sought to replace the tipping model, but they have encountered opposition from both guests and staff members. At the same time, operators are feeling the pressure of rising minimum wage rates.

An increasing number of restaurants this year are trying an alternative, oftentimes hybrid method, adding “service charges” of 3 percent or 4 percent to guest checks in addition to tips.

One of the latest to do so was Fat Rice, a Chinese-Portuguese restaurant that opened in Chicago in 2012. Along with its The Bakery at Fat Rice and The Ladies’ Room, Fat Rice this year began adding a 4 percent “Fair Wage and Wellness Provision” to all guest checks.

The Bakery at Fat Rice 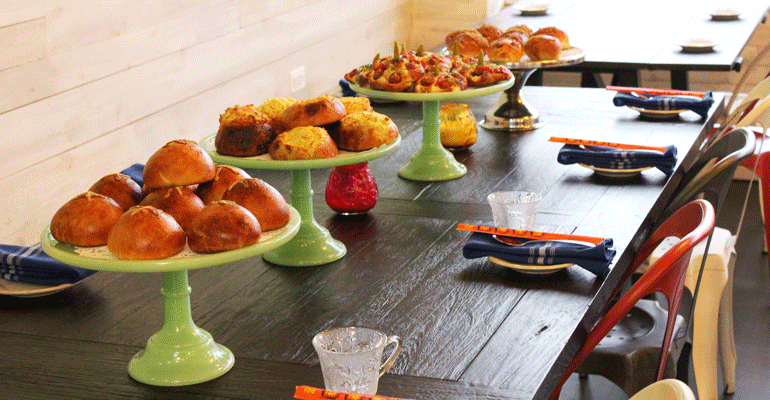 The Bakery at Fat Rice

It also began suggesting lower gratuities from the “traditional” recommendations of 18 percent to 22 percent, instead promoting a range of 16 percent to 20 percent.

“As our fellow colleagues in the industry understand,” said Adrienne Lo, partner in the restaurants with Abraham Conlon, “the main challenge of offering fair wages is due to the antiquated tipping and payment structure in restaurants.”

The Fair Wage and Wellness Provision “allows us to provide fair pay to balance the increasing inequality of wages between tipped and non-tipped employees that threatens the livelihoods of small, independent restaurants and their staff,” she said. “At Fat Rice, we believe that the restaurant as a whole is only as good as the happiness and well-being of our team, all of whom are an integral part of the dining experience.”

Others in the industry have tackled the tipping issue with mixed success and a side order of challenges.

In fall 2015, Danny Meyer, founder and CEO of Union Square Hospitality Group,  announced he would eliminate tipping at all of his restaurants in New York City. As of February, a USHG spokesperson said the hospitality-included policy was implemented at 15 locations, nearly all the company’s restaurants.

The cafes at the Museum of Modern Art and “our location of Blue Smoke in Battery Park City will be the last to introduce it,” she said. “None of our restaurants have reverted back to tipping — we are committed to fully rolling it out.”

Meyer has long argued that eliminating gratuities and paying a higher wage is a fairer method of compensation. Nationally, wages for kitchen workers have risen about 25 percent since 1985, he said, but tipped employees have seen pay rates increase more than 300 percent in the same period. 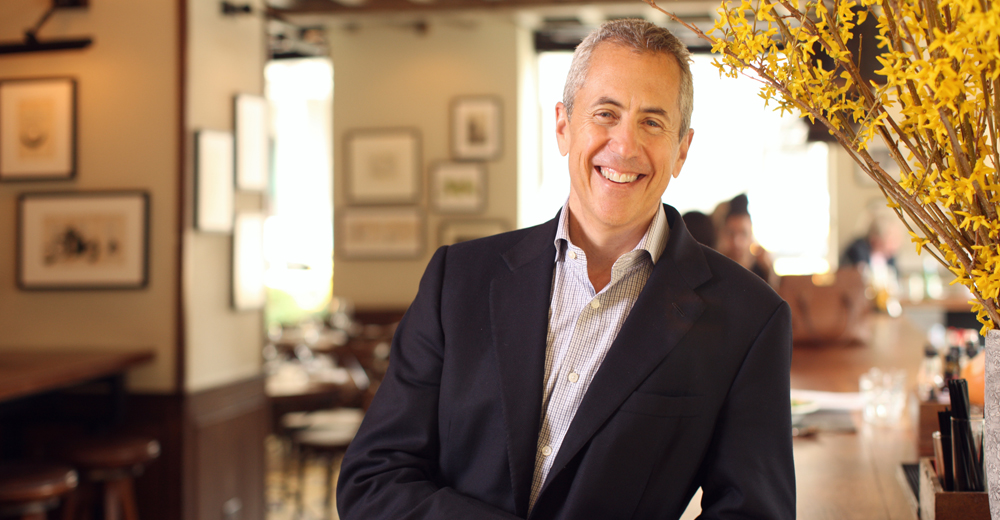 But USHG’s rollout hasn’t been without side effects.

Meyer told TDn2K’s annual Best Practices Conference last year that the restaurants that made the switch to the hospitality included policy lost between 30 percent to 40 percent of their legacy front-of-house staff because they were making less than before the no-tipping policy was put in place.

But hospitality included has helped Meyer bring both front- and back-of-the-house wages more in line with each other, he said.

With Meyer’s spearheading the no-tipping push, other noted restaurateurs, including David Chang and Tom Colicchio, tested it as well. But they haven’t stuck with it. Chang’s Momofuku Nishi, for example, ended it after six months.

But while eliminating tipping altogether does not appear to be catching on, restaurant operators continue to grapple with the wage disparity issue. That debate is made more complex by growing pressure to eliminate the tip credit that allows employers to use a subminimum wage for tipped workers.

Eight states (Alaska, California, Washington, Oregon, Michigan, Montana, Nevada and Minnesota) don’t allow or are phasing out use of the tip credit, and other states, including New York, are considering similar moves.

Rising labor costs have others, like Fat Rice, turning to the service charge.

Randy Sharpe, for example, CEO of the newly formed Xperience Restaurant Group in Cypress, Calif., said his group’s restaurants have been testing a mix of surcharges and price increases in the past year. 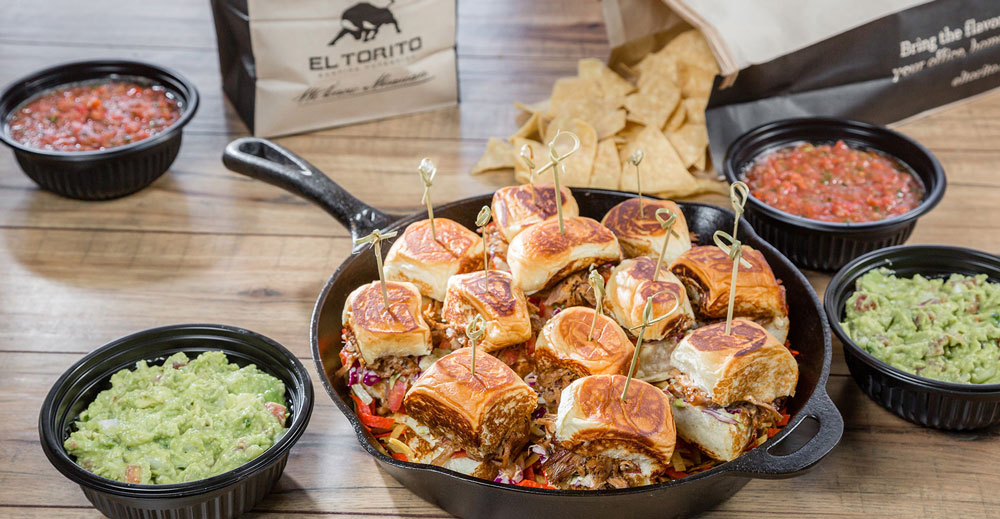 In January, the company, which was created after private-equity firm Z Capital Partners LLC completed its acquisition of assets of the Real Mex Restaurants Inc., introduced a 3 percent surcharge at 46 of the company’s 52 locations. Its brands include El Torito, El Torito Grill, Acapulco, Chevys and Pink Taco.

Sharpe said the company was facing “brutal” rising labor costs. On Jan. 1, the minimum wage for businesses employing 26 or more increased by $1 to $12 an hour in California. The hourly rate will increase to $15 in 2022.

The company communicates the surcharge to guests in two ways: a sign at the hostess table and a statement on the menu.

Sharpe said he’d rather do a surcharge than bury price hikes within the menu. “We want to try and avoid that,” he said.

In a recent study, consulting firm AlixPartners found U.S. consumers were reluctant to accept both a European-style set service charge and no tipping with adjusted menu prices.

AlixPartners surveyed 1,005 adults nationwide in February 2018 and found 65 percent said they like to control how much they tip and would rather avoid a restaurant with a set service charge.

Only 16 percent of respondents said they preferred restaurants that used a service charge instead of tipping, while another 19 percent had no preference.

Michael Lynn, a professor of food-and-beverage management at Cornell University, noted in a 2017 study that "voluntary tipping is clearly the most liked policy (with a net favorability of 39 percent), but service-inclusive menu pricing also has a net favorability (of about 17 percent)."

Lo at Fat Rice in Chicago, however, said the traditional tipping model has created a wage chasm, and has made it difficult for smaller restaurant operations to compete for talent.

“It has resulted in wage disparity and lack of basic benefits for decades,” Lo said, “and independent operators like ourselves find it difficult to offer competitive wages when compared to large restaurant groups and fast-casual chains.”

Lo added that the service charge implemented this year has been communicated to staff and guests to make it “clear and transparent, so that our guests can be confident in the business that they are supporting.”

Fat Rice also created a public micro website attached to its brand page that is devoted to explaining the policy and answer frequently asked questions.

“The culture at Fat Rice has always been that everyone is a valued integral part of the team and we truly believe that all positions are equally integral to providing the guest with their dining experience,” Lo said. 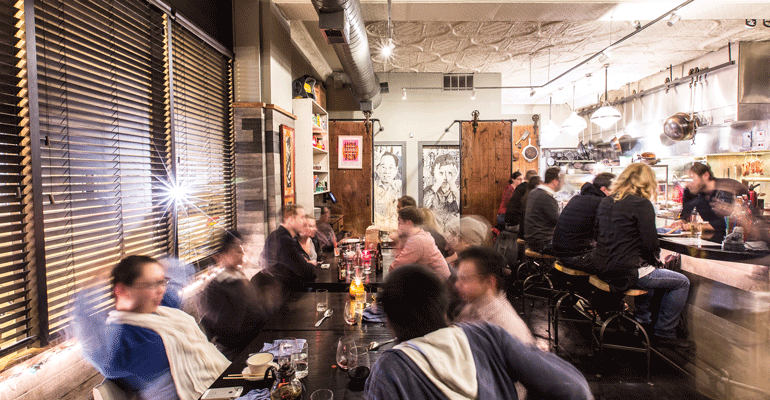 Lo said both customers and employees have reacted positively in the first weeks of the change.

"People are tipping no differently than they were before it was added,” she said. “We’ve received applause from guests and staff alike who are really proud of the steps that we are taking and feel that this is a good move forward within the restaurant industry. The employees at Fat Rice have been really grateful and have shared with us how appreciative they are to see how much we care about each of them.”

Like other operators hoping to provide a more level playing field for workers in all parts of the restaurant, Lo said Fat Rice’s approach is still new and the owners are open to changing it.

Fat Rice plans no changes “as of right now,” she noted.

“But as this Fair Wage and Wellness Provision is still in its infancy, we anticipate that there will be some tweaks and adjustments in the future as we gather more data,” she said. But, so far, they “are happy with how it is being received by our staff and guests.”