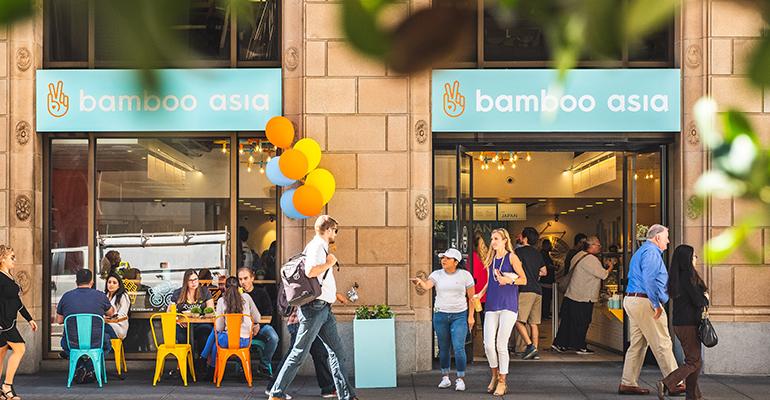 There was a time when the words “commissary” and “central kitchen” evoked images of mass quantities of assembly-line-produced or frozen foods delivered to foodservice institutions.

Today, a growing number of fast-casual brands — known for hanging their hats on the freshness of made-to-order food — are reaping big benefits by pulling food prep out of their restaurants and into next-generation central kitchens.

“The reality is, a lot of fast-casual operators are in areas where rents are expensive,” said Dean Small, founder and CEO of Synergy Restaurant Consultants. “[A centralized kitchen] makes a lot of sense for operators who find value-driven real estate.”

Having a 25,000-square-foot commissary is what enabled New York City-based Fresh & Co., a fast-casual concept serving organic and seasonal health-forward foods, to expand to 19 units across the island of Manhattan.

“There’s plenty of advantages,” said George Tenedios, Fresh & Co. CEO, of employing a centralized kitchen. “[Having a commissary] helped to scale the business in Manhattan.” 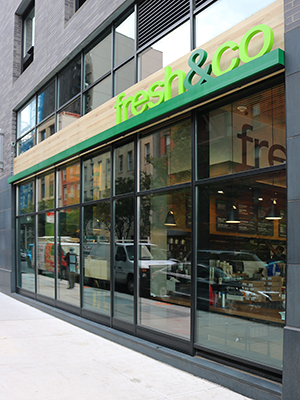 The commissary, located in the Hell’s Kitchen neighborhood, does batch cooking for all Fresh & Co’s restaurants and its thriving catering division. By preparing most of its staple soups, the majority of its dressings, baked goods, desserts, and more off site, Fresh & Co. has been able to afford to open restaurants with a smaller footprint in prime locations in New York City, where operators can expect to pay upwards of $100 per square foot.

Additionally, Tenedios said the commissary will enable Fresh & Co. to sell product to future franchisees, the first of whom is in the process of opening three locations in nearby West Chester County.

For Oren’s Hummus, a fast-casual Israeli concept with four restaurants in the San Francisco Bay Area, opening an 8,500-square-foot commissary in San Jose is fueling expansion at a lower cost.

“As you continue to grow, you really worry about kitchen space,” said David Cohen, Oren’s executive chef. “[With a commissary] I can open smaller restaurants at more expensive rents, often in better locations.”

As the brand expands, Cohen said it is planning to scale its restaurants down to a counter-service format in as little as 1,000-square feet.

Similarly, Bamboo Asia, a farm-to-fast-casual concept serving Indian, Japanese and Vietnamese cuisines with two locations in San Francisco, is poised to open three more in the Bay Area by year’s end because of its 10,000-square-foot “cloud kitchen” located in Oakland, Calif. 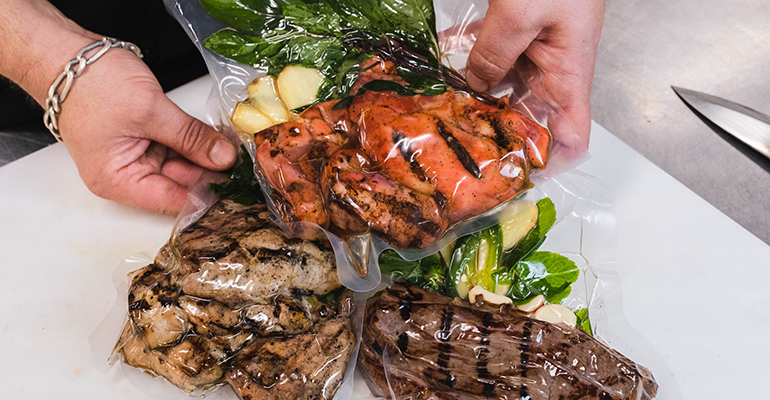 Chefs in the cloud kitchen prepare items such as the company’s marinades, dressings, rice, and sous-vide proteins, which are then delivered by company-owned trucks to each restaurant every morning, and then finished in-store. The unique sous-vide method, a technique of cooking food by vacuum sealing it and placing it in a water bath, also eliminates the need for the more expensive aspects of kitchen buildouts.

“We don’t need any type of kitchen ventilation,” said Bamboo Asia owner Sebastiaan van de Rijt. “It’s a huge advantage in new locations. We can take over a coffee shop, retail … because there’s no need for ventilation or grease traps.”

With this model, van de Rijt said the cost to build out new Bamboo Asia locations can be as low as one-fourth that of typical fast-casual restaurants.

But the kitchen just can’t be anywhere.

“There are a lot of efficiencies you can get as long as the kitchen is geographically well positioned,” Small said.

All three brands have kitchens located within less than an hour’s drive of their restaurants, as well as their own fleet of delivery trucks and drivers.

“It’s a local, central kitchen, not a factory in Michigan,” said van de Rijt. “It’s set up to feed 12 locations and only 12 locations within an hour’s driving distance.”

The company plans to open another cloud kitchen to serve additional restaurants in the Los Angeles area by the end of 2020.

“In order to compete, be in the delivery business or have a smaller footprint, [operators need] to take some costs out of the kitchen, especially labor,” said Small.

With the high cost of labor, particularly in California, Oren’s continues to reduce costs by moving more and more items to the commissary where one person can make as much product for all restaurants as one person in each unit. 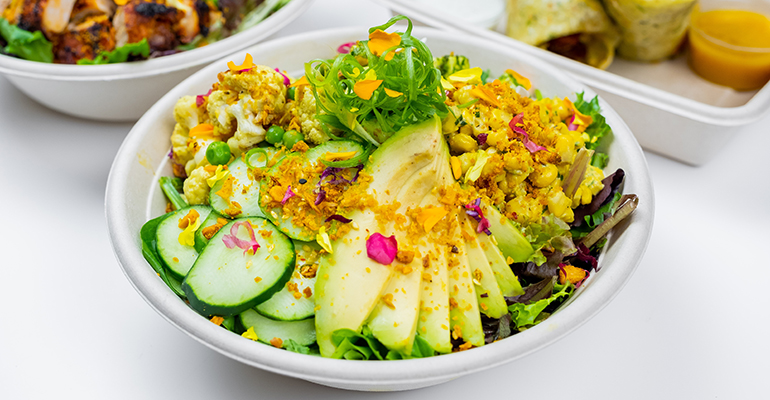 The latest move is the company’s fresh-squeezed “morning juices.” By using a commercial juicer to squeeze fruit at the commissary, Cohen cut out 90 minutes of labor previously performed by one person at each of the four restaurants.

Similarly, by removing labor from its restaurants, Bamboo Asia has reduced labor costs by 30 percent.

Fast-casual executive chefs may standardize their recipes, but each chef at any restaurant is a bit different, setting up the possibility of food inconsistency from store to store.

“In fast casual, customers are huge on consistency,” said van de Rijt. “They want the same experience every single time.”

To ensure that consistency is maintained for its  multi-cuisine from-scratch menu, van de Rijt said a central kitchen is key for Bamboo Asia.

And while large-batch cooking is sometimes equated with factory food, Oren’s, and the other companies, are making and distributing fresh food daily to their restaurants.

For example, large batches of garbanzo beans are cooked overnight at Oren’s commissary, then company drivers deliver it to the stores by 8:30 a.m. or 9 a.m. each day where the hummus is then mixed in-store at least twice a day. Oren’s also maintains food freshness by making proteins and salads to order in stores.

“We still do everything fresh, every day,” said Cohen. “Wherever we go, we will never sacrifice that.”

Growing other sources of revenue

Central kitchens also have the benefit of being ideal for brands that offer catering, often enabling them to do more of it, more efficiently.

“Catering creates havoc in restaurants when you have guests coming in,” said Small. “It creates a different work environment, so something suffers.” 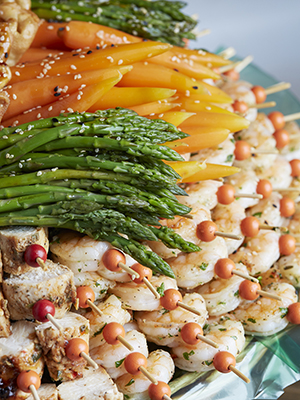 The first few years of Fresh & Co., catering was done at the store level.

“We noticed the inconsistencies,” said Tenedios. “Each restaurant making their own twist on our catering.”

Since moving its catering to its commissary, Tenedios said those inconsistencies have been eliminated and catering sales have risen by double digits.

Oren’s Hummus is also doing more catering volume thanks to its commissary.

“The real piece to making a commissary work is multi-purposing it. Omni channel,” said Cohen. “We’re doing huge volumes — $20,000 a day in catering. We could never do that much catering out of the stores.”

One of the biggest challenges in the commissary model?

“Coming from fine dining, it was a little challenging,” said Chef Erik Hopfinger, who had to learn how to scale items such dressing from 5 gallons to 35 gallons.

Cohen, who also came from fine dining, echoes that sentiment, saying “The recipes change. Not every ingredient scales by 10. You have to go through that curve.”

Though a commissary model has worked well for these operators, that doesn’t mean it’s the right solution for every brand.

“It’s a financial model. You have to model it, identify your break even. Understand what types of sales you need to make it work,” said Small. “You need the sales. Otherwise you’re just displacing the labor and operations expenses to another location.”

Foie gras can be shipped to California once again
Jul 15, 2020

Tech Tracker: Restaurants are turning to QR codes during the coronavirus pandemic for digital menus and contactless payment
Jul 14, 2020

California shuts down indoor dining and bars after surge in coronavirus cases
Jul 13, 2020