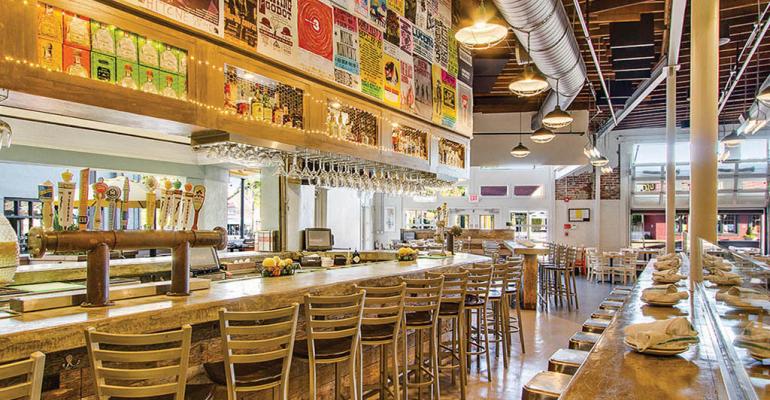 The operator of the Atlanta-area-based Babalu Tapas & Tacos concept has filed for Chapter 11 bankruptcy reorganization.

Roswell, Ga.-based Eat Here Brands LLC, parent to six Babalu locations and a one-off called Table 100 near Jackson, Miss., filed bankruptcy in the Northern District of Georgia on July 30. The company listed both its assets and estimated liabilities in the $1 million to $10 million range, according to court documents.

Inspired by the Ricky Ricardo character on “I Love Lucy,” the Latin concept Babalu was founded in 2010 by Bill Latham and Al Roberts in Jackson, Miss. The partners formed Eat Here Brands as a holding company in 2012 to take the Babalu brand to other markets, including Atlanta; Memphis and Knoxville, Tenn.; Birmingham, Ala.; Charlotte and Chapel Hill, N.C., and Lexington, Ky.

Four of those units opened in 2017. In court documents, the company said rapid growth led to increased turnover and inconsistent operations, causing initially strong sales to decline. In addition, the company’s management team was distracted by an attempt to sell Eat Here Brands, diverting attention from operations and the fact that development costs were significantly overbudget.

Development was halted in 2018, but the company had already signed leases in three cities and was unable to sub-lease. A location in Charlotte was closed and the chief financial officer resigned. In May, industry veteran Abe Ruiz was named CEO.

“Struggling under declining sales and cash flow, lease payments for dark restaurants and undeveloped locations, and significant debt service obligations, Eat Here implemented several strategic initiatives in an effort to build sales and reduce operating costs, including a substantial reduction in corporate overhead,” according to court documents signed by Ned Lidvall, Eat Here’s current CEO and a founding partner, who stepped in to assist the reorganization.

“While those measures were initially successful in improving sales and profitability at several restaurants in early 2019, the rapid pace of change from several of the strategic initiatives confused customers and sales weakened, beginning in the spring of 2019, which further reduced cash flow.”

Units in Chapel Hill and Lexington were also closed. The six units remaining are in Atlanta, Birmingham, Jackson, Knoxville and two in Memphis.

Eat Here Brands did not respond to requests for comment.