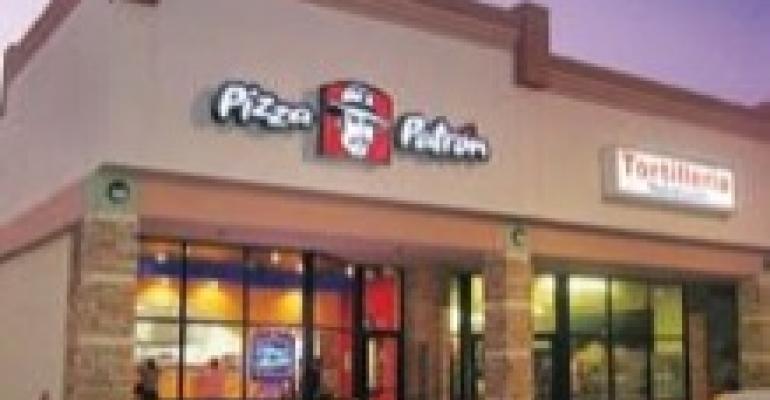 If you can get past the death threats and hate mail, the decision by 59-unit Pizza Patron to accept Mexican pesos for payment in its restaurants chain-wide is looking like one of the smartest ways yet to appeal to the fast-growing Hispanic market. Earlier this year, the Dallas-based company posted signs in its Texas, Arizona, Nevada, California and Colorado stores that said "Aceptamos pesos" (We accept pesos), notifying customers that they could pay for their meals with Mexican currency. Its business, already strong, remained so, only now 10-15 percent of it was being done in pesos at company-owned stores.

Less accepting of the idea were those who complained to the company, via thousands of e-mails, that the notion of taking payment in pesos was un-American and somehow contributed to illegal immigration. Their suggestions centered around the themes that Pizza Patron officials end the practice or move their business to Mexico, preparing themselves for dire consequences if they didn't do one or the other.

Pizza Patron stood its ground. "We have no intention of stopping," said company director of brand development Andy Gamm.

Give Pizza Patron credit. It knows its chosen customer base well. Sixty percent of the chain's customers are Hispanic, and many of them pay frequent visits to Mexico, returning with leftover pesos in their pockets when they do. The pay-withpesos promotion makes Pizza Patron the ideal place to use this money instead of letting it sit idle in their wallets.

Retailers up to and including Wal-Mart routinely accept either Mexican or U.S. currency at stores located close to the U.S.-Mexico border. The flap about the Pizza Patron program is that it is doing so in stores that are well-removed from that border. For example, Dallas is 400 miles from the border; Denver sits 700 miles away.

These aren't big transactions; a large pizza with cheese goes for $4.99. That's part of the reason why, although the official conversion rate for pesos is about 11 per U.S. dollar, Pizza Patron figures it at 12. Change is given in U.S. currency.

Critical reaction to this peso promotion only emphasizes Pizza Patron's mastery of the Hispanic market.

Instead of trying to make his pizza more Mexican, founder Antonio Swad kept the chain's food offerings traditional. But each unit's look and feel and the company's overall marketing strategy were tailored to the Hispanic market. So Pizza Patron's pizzas aren't much different than any other pizza outlet, but Hispanics feel right at home when ordering one from the bilingual workers in these stores.

Swad aimed to create "the premier Latino pizza brand" at a time when no one knew there might be money in being one. He's got their attention now. With same-store sales up a whopping 35 percent in the last quarter of 2006, the word is out about how lucrative this Hispanic niche can be. Which probably helped convince Church's Chicken to open 10 new restaurants in the Rio Grande Valley of Texas last month, all of them in former competitor locations.

"Hispanic customers are a primary target for our brand, and the Rio Grande Valley is our most valued market," says Farnaz Wallace, Church's chief marketing officer. "We are proud to serve the multicultural, cross-generational customer base. Most brands are general market and try to do segmentation of multi-cultural branding as a layer. Church's Chicken, since its inception, has always been a multicultural brand."

Roughly one-third of the 1,600-store q.s.r. chain's customer base is Hispanic. We think Church's won't be the last chain to focus its efforts on the fast-growing Latino market.