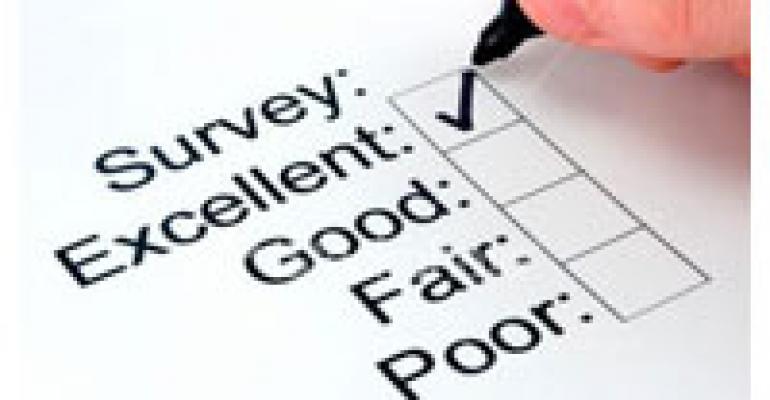 We’re still scratching our heads over the scores posted by full-service restaurants in the American Customer Satisfaction Index released this morning. They show big improvements for the four largest chains, but a significant drop for the overall category. The story is virtually the same in fast food. So are customers happy with what restaurants are giving them right now or not?

The American Customer Satisfaction Index describes itself as a national economic indicator of customer evaluations of the quality of products and services available to consumers. It’s a well-regarded product that comes out of the University of Michigan’s School of Business.

Two sets of data are produced, with scores reported on a 0-100 scale at the national level. One gives a big-picture view of how certain U.S. industry segments are doing while also breaking out the customer satisfaction scores for certain companies. ACSI makes these scores public, as they did in a release this morning. There is another, much more detailed and proprietary set of data that ACSI sells to companies to explain not just how well they scored, but which factors caused their overall score to be good or bad. In all, ACSI keeps track of customer satisfaction in 44 industries, of which full-service restaurants and limited-service restaurants (i.e., QSRs) are two.

So what did ACSI find when it looked at full-service restaurants this year? The picture was mixed. The four big full-service chains each improved their scores by a significant margin. Olive Garden was up by 3.7 percent, Red Lobster by 3.8 percent, Outback Steakhouse rose 3.9 percent and Chili’s Grill & Bar increased by 5.4 percent. Overall, Olive Garden had the highest restaurant ACSI score, an 84.

Despite the great numbers for these chains, ACSI says customer satisfaction in the overall full-service category fell by 3.6 percent. This net decline, a significant one, was attributed to the “all others” category, down by a whopping 4.7 percent. The unusual split in these results makes us hope that ACSI’s methodology is really telling us about customer satisfaction and not about customer familiarity with large national brands.

Despite the net loss, the industry’s numbers are still strong. Full-service posted a higher score (81) than limited-service restaurants (75) or hotels (75). By way of comparison, the express delivery industry (FedEx, UPS, USPS) recorded an 83. Airlines received only a 66.

In fast food, nine of the 10 big chains posted higher scores than last year. But the segment as a whole declined 3.8%, with the big falloff coming from McDonald’s (a loss of 4.3 percent) and “all others” ( down 8.4 percent.)

“This may seem somewhat paradoxical in view of McDonald’s sales growth over the past year, particularly compared to the competition,” says ACSI's Claes Fornell. “But as increasingly frugal consumers have made price more salient, McDonald’s has acquired more customers. These newcomers seem less satisfied, and were it not for the economy some of them would probably rather eat somewhere else.”

That’s the good news takeaway from this report. The bad news relates to Domino’s. As ACSI points out, “Domino’s made major changes in its pizza at the beginning of the year, but customer satisfaction hasn’t moved—ACSI was unchanged at 77, behind all the other big pizza competitors.” Which is to say, Domino’s took a huge corporate gamble and couldn’t move the needle—not a good predictor of job stability for the company’s leaders.