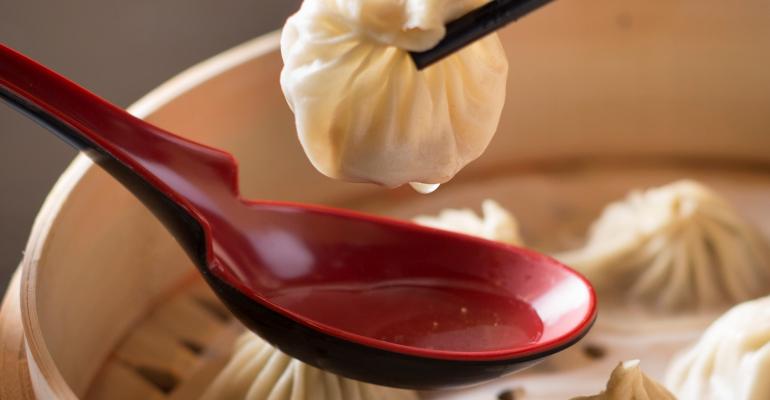 When the Seattle-based Dough Zone Dumpling House first opened its doors, the original owners envisioned a small mom-and-pop restaurant that would give customers real Chinese cuisine.

But what they weren’t expecting was how popular it would become. With the first Dough Zone opening in Bellevue, Wash. in 2014, they now have eight locations in the Washington/Seattle area, two in California, and two more under renovation in Washington/Seattle and in Portland with hopes of opening them in the middle of the year.

All restaurants are individually owned with several shareholders, though not franchised, Chiu said. She declined to elaborate.

Now Dough Zone is targeted to open 15-20 locations within the next five years. This growth has been an exciting challenge for the owners, representatives say.

“They started as mom-and-pop restaurant owners and did not expect to become a chain owner. So it’s a conversion from a restaurant to a corporation. Not only do the restaurants change but we have to change people’s minds, as well, to become a business owner,” said Cindy Guan, Dough Zone’s vice president. 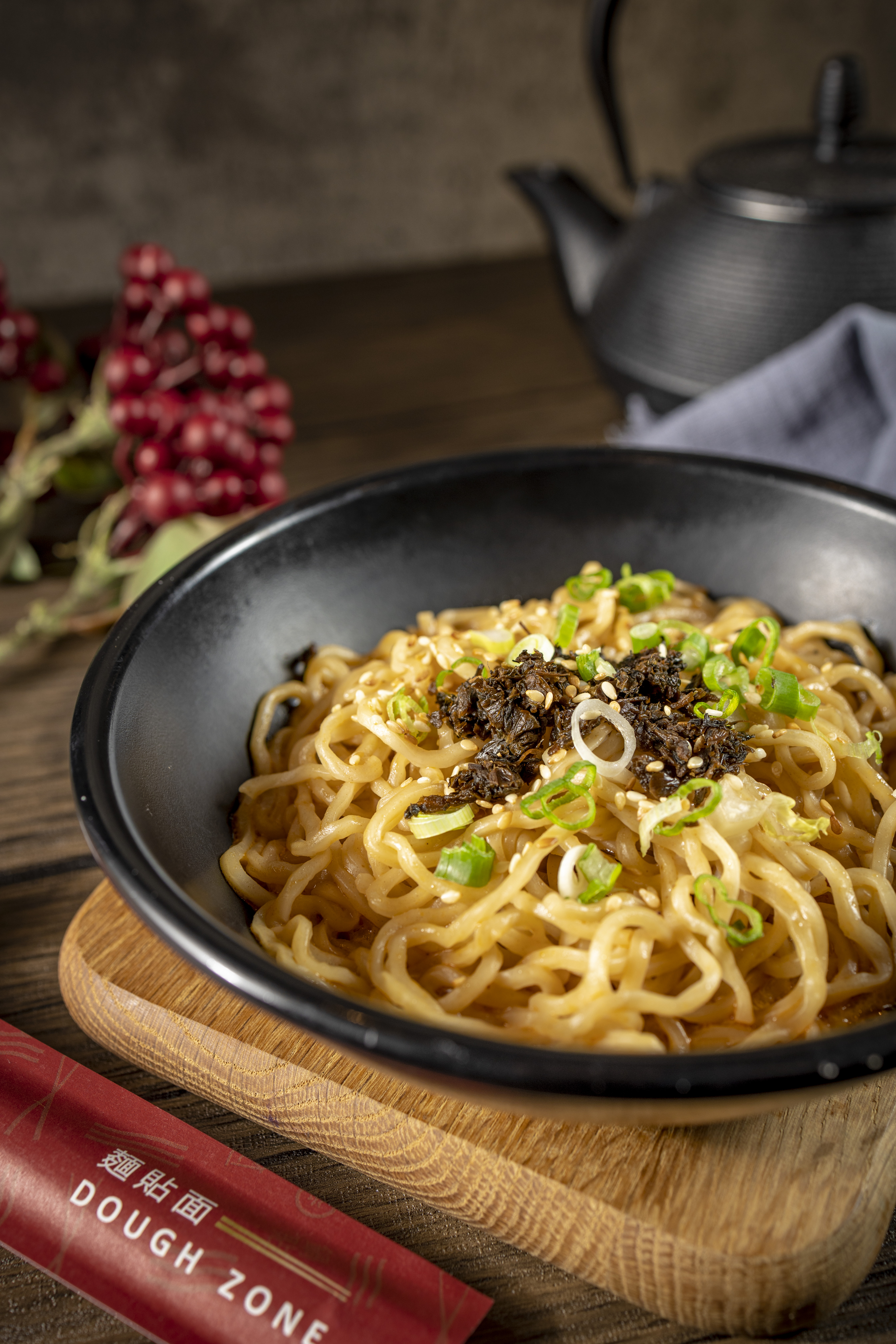 The dan dan noodles are made with a secret sauce spiked with numbing peppercorns.

But the unit coming to Portland this year will be the biggest on the West Coast at 7,657-square feet with “an amazing river view,” Chiu said.

Guan and Chiu said the quality of the brand’s food has not been compromised by expansion. Dishes are prepared in a central kitchen, and delivered via frozen food truck, with some items being made fresh, such as their signature soup dumplings.

Using Berkshire pork and chicken raised with no antibiotics, Chiu and Guan said investing in higher-quality ingredients is what sets them apart from other dumpling houses.

“The food quality is the first, major concern. That’s why we take the highest quality meat and freshest vegetables,” Guan said.

Some notable menu items include appetizers, such as the marinated pig ear for $6.25, or the fruit-flavored seaweed for $5.75. But what they’re really known for are their dumplings, which come steamed, boiled, or pan-fried. 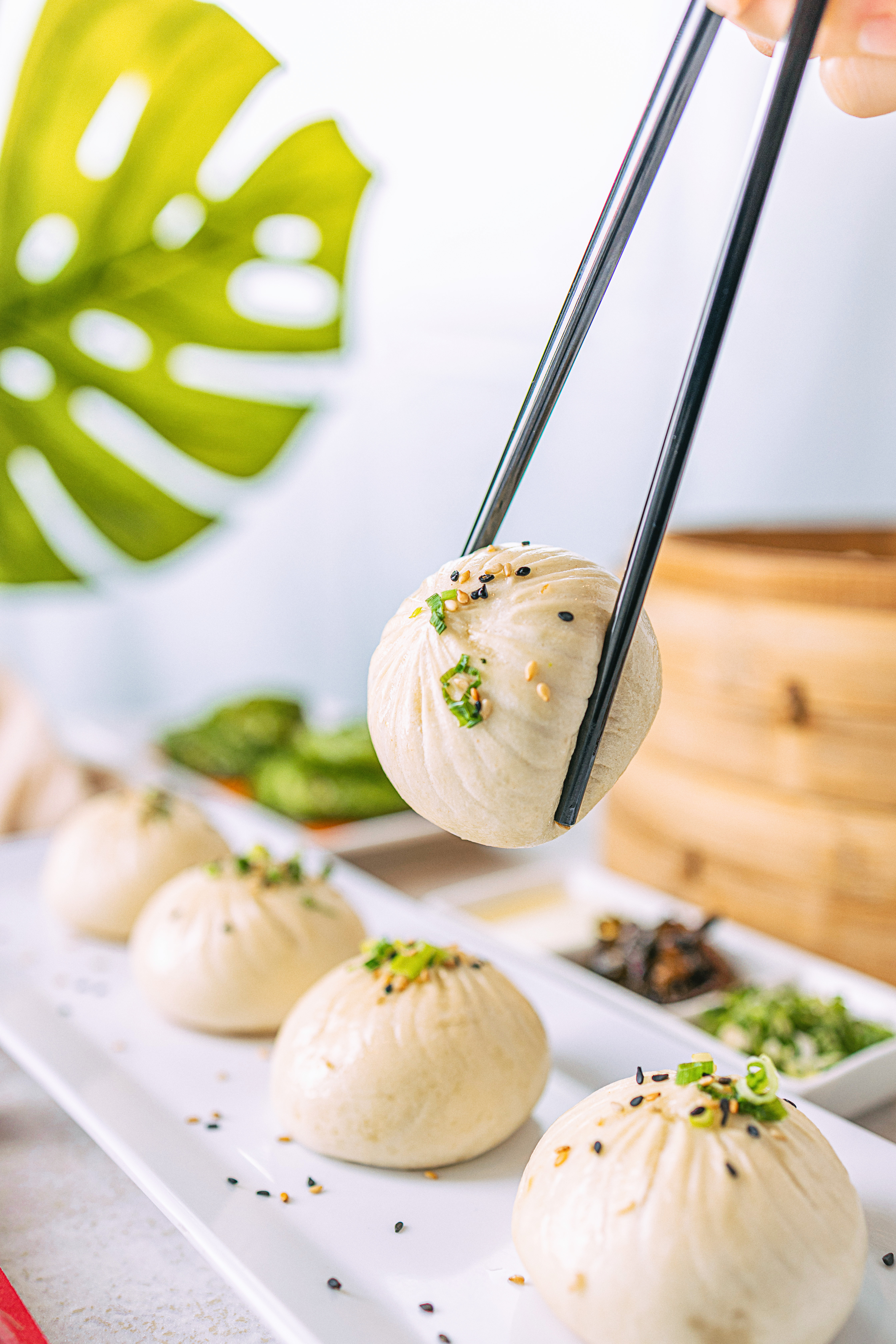 The Q-bao are steamed and then pan-fried for a crispy bottom.

On the menu, you’ll find shrimp and Berkshire-duroc pork steamed dumplings, a top seller for $8.95, or zucchini shrimp dumplings for $6.25. Their buns are also popular and come pan-fried or steamed; as well as their noodles, priced at about $6.25.

During the pandemic, Guan said they survived by serving local teachers and adjusting their menu to adapt to takeout orders.

“Before the pandemic, takeout orders were only about less than 5% of our sales,” Guan explained. “A lot of items that we think we served best as a restaurant now we had to consider if they ate them in 30 minutes or hour later. So we had to change.”

Now takeout is about 50%. “We pride ourselves on our friendly service and affordable pricing for both dine-in and takeout,” said Chiu.