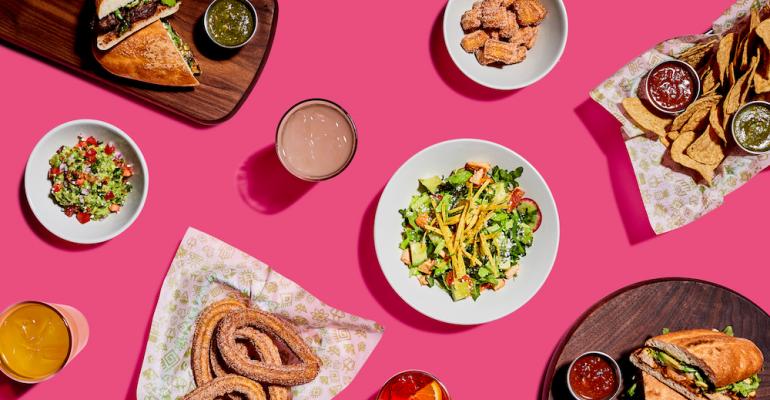 Jollibee Foods Corp. is a partner in new tortas-focused concept, which plans growth

Jollibee Foods in 2018 acquired a 47% stake in Bayless’ Tortas Frontera concept for $12.4 million. The new Tortazo inside Catalog at Willis Tower, a recently renovated retail-and-dining space in the city’s tallest tower, is a result of that partnership, which also includes DOM Capital Group. The companies said more units are planned, both in and outside Chicago, but they did not reveal details.

“Tortazo encompasses the food and culture of Mexico that I have spent over 30 years exploring, creating and falling in love with,” said Bayless in a statement. “We are thrilled to debut our first location in Chicago’s landmark Willis Tower for locals and visitors to enjoy.”

On the menu are made-to-order Mexican-style sandwiches, which are “griddle crisped,” such as a Smoked Pork Cubana with pork loin, artisan bacon, chipotle, jack cheese, avocado, chipotle mustard, cilantro crema and black been spread.

As at Tortas Frontera, which has several locations in Chicago’s O’Hare Airport, the menu also includes tortilla soup and taqueria salad, as well as churros for dessert.

The 77-seat restaurant also has a full bar for dine-in guests with a beverage program developed by Lanie Bayless, Rick Bayless’ daughter, including hand-shaken margaritas, mezcal cocktails and craft beer and wine, as well as agua frescas.