The Pool in the Seagram building opens in New York 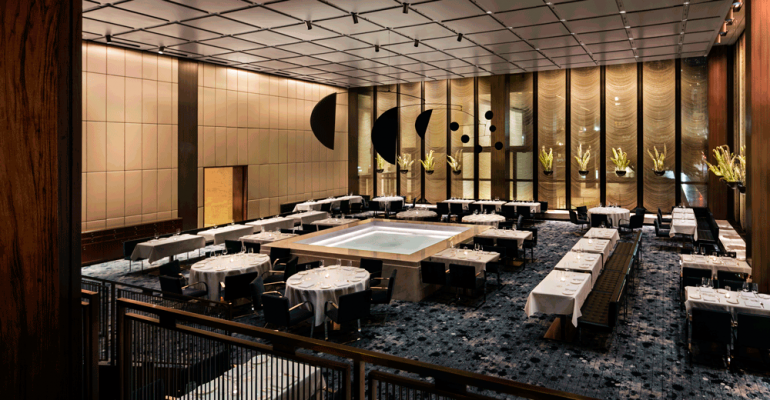 The Pool, a new seafood concept by Major Food Group, debuted in the landmark Seagram building in late July.

The restaurant is Phase Two of the group’s reworking of dining outlets in what was the former Four Seasons Restaurant. It joins The Grill, a retro-but-contemporary meat-focused concept that opened to great fanfare in May. The two restaurants share a kitchen with half for The Grill and half for The Pool.

When it was the Four Seasons, the space was called the Pool Room, which inspired the new seafood concept. A former private-dining area has also been transformed into the “blue-tinted aquatic fantasy” called The Pool Lounge, a cocktail bar with views of the Pool restaurant, according to press materials.

Here’s a look at the new Pool by Major Food Group.