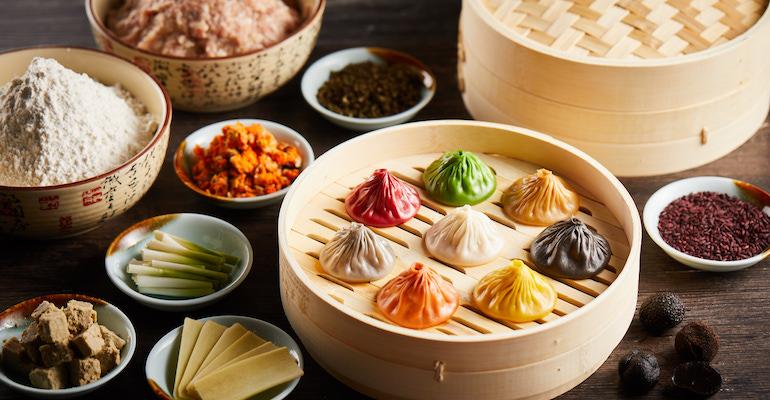 A few years ago, Singapore-based Paradise Dynasty set out to bring its Instagram-ready multi-colored soup dumplings to U.S. malls. The brand, with 50 locations around the world, specifically looked at Los Angeles.

But Eldwin Chua, CEO of Paradise Group Holdings, said he would constantly get rejected by shopping center landlords.

“We were essentially told those places had Chinese concepts, and the landlord didn’t want another competing restaurant,” he said.

One of those places was South Coast Plaza, a luxury mall in Southern California that is also home to Paradise Dynasty’s rival, Din Tai Fung. But earlier this year Chua managed to find a workaround when a restaurant broker approached him with an opportunity to sublease space that was controlled by mall tenant Bloomingdale’s.

That loophole allowed Paradise Dynasty to slip into the premium shopping center, which is frequented by tourists from around the world. Paradise Dynasty, and a sister ramen concept, Le Shrimp, are scheduled to debut in spring 2020. Paradise will anchor a multi-concept food space dubbed Collage.

The 16,000-square-foot high-end food hall inside Bloomingdale’s was formerly home to Charlie Palmer’s and Holstein’s.

“It’s the best and most ideal location for us,” Chua told Restaurant Hospitality during a phone interview Sunday.

Following two single concept failures in the space, the current landlord has opted to divide the space and add about eight to nine restaurants.

Leonard Chan, a local restaurateur who is helping to curate food tenants, said Collage is more of an “elevated” food hall. Instead of community seating, each full-service restaurant will have their own space, he said.

“It’s not grab-and-go. We’re actually calling it a culinary collection,” he said. 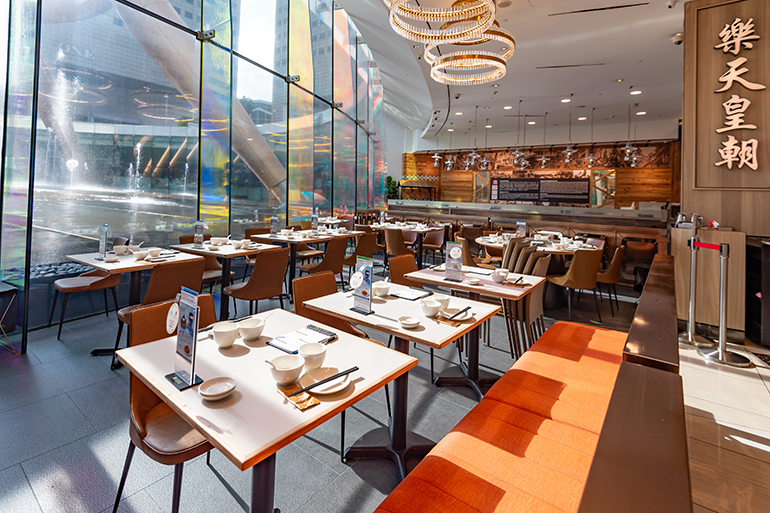 Last week, the developer broke ground on the two-level space. Paradise is taking up roughly 5,200-square feet and will be the largest restaurant at Collage, Chan said.

Not so far away, in another wing of the mall, will be Taiwanese powerhouse Din Tai Fung.

“For me, I always thought of competition as healthy. I feel like [both brands being in the same mall] will only elevate both of their games,” Chan said.

In Asia, Paradise enjoys a friendly rivalry with Din Tai Fung, which popularized soup dumplings after debuting in the U.S. in Arcadia, Calif., in 2000.

“There are many malls where we co-exist,” Chua said of the rivalry in Asia.

Paradise, founded in 2008, serves eight kinds of multi-colored soup dumplings. The skin of the dough comes in hues of black, red, green, yellow and orange. Flavors include crab roe, ginseng, garlic and cheese. Each skin is “dyed” using natural colorings from ingredients such as beets and spinach.

Paradise Dynasty sells a variety of dishes based on different styles of Chinese cuisine, while Din Tai Fung’s “taste of Taiwan” menu is known for steamed dumplings and noodles.

Danny Liao, Paradise’s restaurant broker, said Din Tai Fung’s South Coast Plaza restaurant is known in the industry to be one of the company’s busiest locations in the U.S.

No doubt, Paradise will benefit from the mall’s destination reputation. Liao should know: he brokered a deal between South Coast Plaza and Japanese udon concept, Marugame Udon. The restaurant, the first in Orange County, opened at the mall in August next to Din Tai Fung.

“It's trending to be a top-10 store for the all the Marugame units worldwide,” Liao said.  "It should be a relatively safe bet for [Paradise] to do well.”