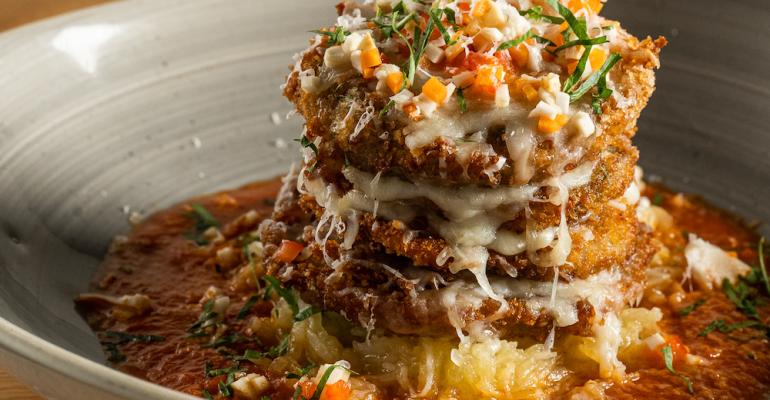 At Olivia Restaurant in Denver, travel is a perk

To entice potential employees to work for Olivia Restaurant in Denver, and to get them to stay there, the owners have included travel as one of the benefits. Austin Carson, the pasta-focused Italian restaurant’s co-owner, sommelier, and bar manager, said they don’t just offer any travel, but culinary adventures overseas.

"When you travel internationally it puts you in the position to expand the breath of your food and beverage knowledge, and that translates to the restaurant," said Carson. "Having this program is also an effective recruitment tool, it keeps the staffs' attention, and overall it's a cool thing to provide."

The first staff adventure took Carson, his wife and partner Heather Morrison, co-owner and chef Ty Leon, and their staff members to Greece in 2021. Carson said the idea was to learn about the country’s wine, culture, and food, as well as a bit about each other over a week of exploring. The leadership team curated the trip, choosing places that would not only enhance the education of the front- and back-of-house, but destinations they wanted to personally check out, too.

"This was a pipedream from the day we opened in January 2020," said Carson. "We had already booked a trip where Ty, Heather, and I were going to Italy, but then COVID happened and that was canceled. After that, we saw the opportunity to take a swing and do the whole staff thing, and while financially it's a big deal, we felt we could find a way."

The did, and for that inaugural venture they chose Greece because it was one of the first countries to open back up to tourists in 2021. Then in 2022 a group of 14 people went to Paris, and already the team is working on a visit to Tuscany for 2023. Carson also did a shorter trip with his chef de cuisine, Addison Bollaert, to England in October in order to research cocktails, booze, food and culture there.

To go on the big trips, employees pay their own airfare, but Olivia takes care of the rest, including lodging, food, drink, and experiences. The staff trip is open to anyone who works there, but it's not mandatory. If someone needs the downtime or can't afford the airfare they can just take the week off, Carson said. The 25-seat restaurant remains closed for 10 days, and staff members on salary get paid for the time away.

"[The trips are] somewhere between vacation and work, but it's exciting and fun," said Carson. "It's definitely taxing, dealing with jet lag and reopening the restaurant since the culinary side has to start from zero, but we are thinking of ways to make the process less arduous for them."

Once they return, the culinary and beverage teams work at creating a special two-day pop-up menu at Olivia that focuses on what they learned on the trip, and that has always sold out.

The trip Carson just took with Bollaert to the U.K. will result not just in their education, but a single British-themed dinner in December.

Having a British, French or Greek menu for a night ends up being a big deal since the chefs need to get ingredients for a whole new theme. Olivia normally serves a menu full of elegant bites and hand-made pastas such as French onion ravioli with Gruyère fondue ($35), and lobster spaghetti with black truffle ($39). There's also a five-course tasting menu for $110 per person; small plates such as heirloom tomato sformato ($23) and arancini with braised chicken ($22); and a couple of entrées including eggplant Parmesan ($29) and porchetta with pine nut butter ($36).

Between the restaurant being closed and expenses for the trip, the cost of group travel runs around $20,000. Not cheap, but Carson said the benefits makes it all worthwhile. The results of these trips are employee loyalty, better trained staff, unique bonding experiences, and developing a group of people who are not just excited about food, beverage, and hospitality, but remain curious and eager to learn more about it, too.

"It's an emotional investment and we provide them [the staff] with a thing to look forward too, so it works as a tool for recruitment too," said Carson, adding that most restaurants go through line cooks every few months. But Olivia doesn’t have much turnover.

"Right now it's the best group of cooks I have ever worked with, and they work well with each other, and the vibe is exponentially better than any kitchen I have been exposed too," Carson said.

While right now the international adventures might not look fiscally sound, Carson, Morrison, and Leon hope at least to break even in the long run.