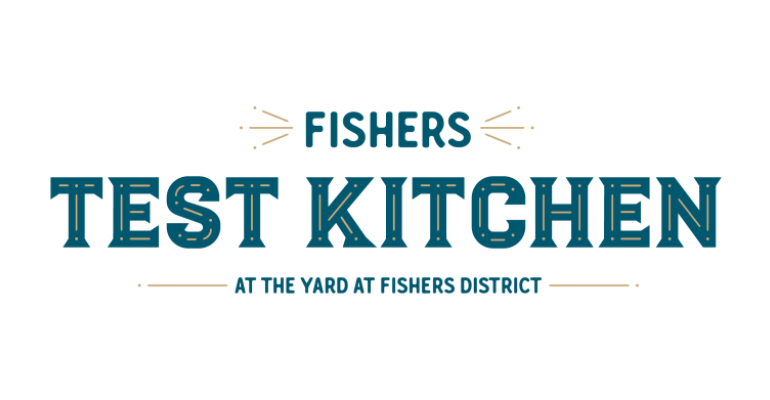 As the cost of owning and operating a restaurant or hospitality business continues to skyrocket, restaurant incubators might be a low-risk key to success for first-time entrepreneurs. The latest example is Fishers Test Kitchen: a nonprofit, municipally sponsored “culinary launch pad” in Fishers, Ind., scheduled to open in November.

A cross between a mini food hall and a business incubator, Fishers Test Kitchen will allow three culinary entrepreneurs to launch their brands inside the test kitchen: a less risky endeavor than opening their own food truck or restaurant. A fourth station, the Signature Table, will host private events. All are in The Yard at Fishers District development in a suburb of Indianapolis.

“We’ve seen real growth in our innovation economy in Fishers,” Test Kitchen co-founder and founder of co-working space Launch Fishers, John Wechsler said. “One of the most common requests we hear from residents is that they want more from their dining experience: they want farm fresh and they want to know where food came from, and we just don’t have a ton of choices right now. We wanted to do something to add to that culinary scene.” 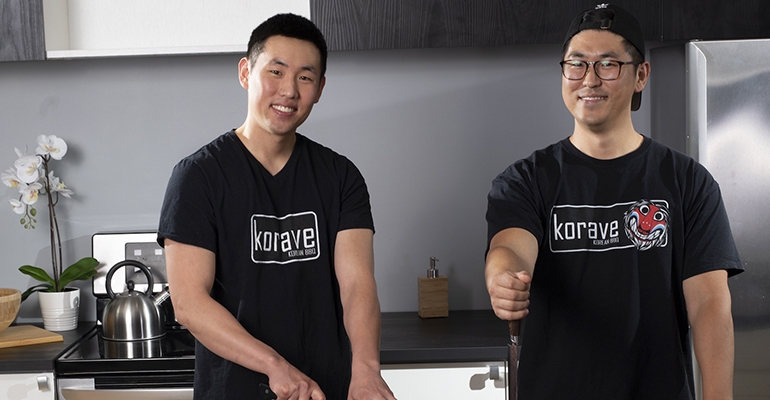 Wechsler is on the committee that selected the entrepreneur finalists and three winners, along with Fishers mayor Scott Fadness; co-founder and head brewer of Sun King Brewing Dave Colt; and local food writer Jolene Ketzenberger.

The three winners will have access to their own city-sponsored space and kitchen equipment to run their businesses. 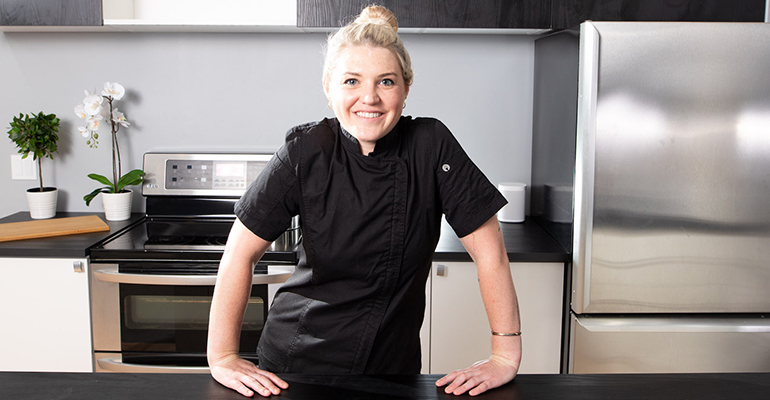 Here are the first three entrepreneurs to make their debut:

Korave Korean BBQ from brothers Jung Gyu Kim and Jung Min Kim, who will also operate a Koreak BBQ food truck. For Korave Korean BBQ, the selection committee was “blown away” by their Korean barbecue poutine which Wechsler said he “lost his mind over.”

Each of the entrepreneurs will offer entrees for an average ticket price of $11-$13, not including the beer, wine and spirits that will be served by Sun King Brewery. They will pay rent based on a percentage of their sales: the more food they sell, the more rent they will pay for the privilege of using the space.

But Wechsler said he is not concerned about losing money based on this business model.

“We are a community nonprofit and our mission at Fishers is to build the entrepreneurial ecosystem,” Wechsler said. “This culinary base is an essential part of that vision. We are the first-ever municipally sponsored culinary accelerator. Never before has a city come together behind an initiative like this.”

He predicts that the first wave of entrepreneurs will last about 12-18 months before being rotated out one at a time, and then after that, they might roll out a new culinary entrepreneur every three to four months. There are no plans to add more slots inside the test kitchen at this time.

Fishers Test Kitchen is scheduled to open the first or second week of November.