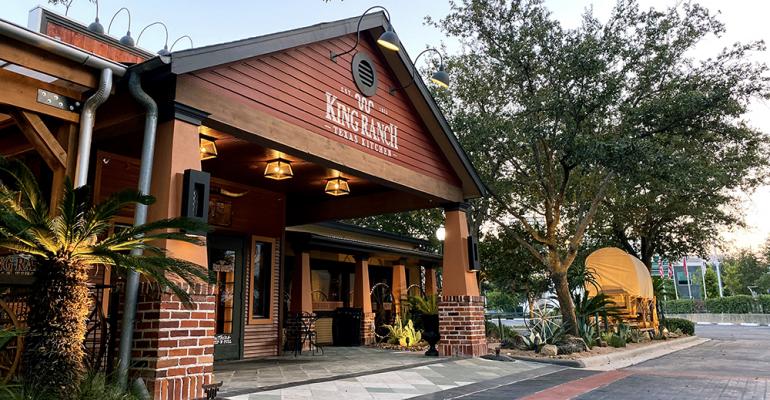 “This is a visionary concept where Texas heritage collides with legendary cuisine,” said Robert Underbrink, King Ranch president and CEO, in a statement.  The historic King Ranch was founded in 1853 by Capt. Richard King and remains its seventh generation of family ownership. It is the largest ranch in Texas, covering 825,000 acres between Corpus Christi and Brownsville.

King Ranch Texas Kitchen plans to begin serving dinner on Tuesday, Nov. 17, and will add lunch on Dec. 1. It is the ranch’s first branded restaurant.

The menu is overseen by Carlos Rodriguez as executive chef, who previously worked with Vic & Anthony’s, a fine-dining restaurant in the Landry’s portfolio.

Menu items include steaks, Gulf seafood and ranch favorites, such as

“We worked diligently with King Ranch to translate their brand into a culinary experience unlike any other,” Rodriguez said.

In addition to foodservice, The Saddle Shop at King Ranch Texas Kitchen will offer King Ranch retail merchandise such as leather goods, home furnishings and accessories, glassware and food items.

A spokesperson said King Ranch Texas Kitchen is operated by the Fertitta Family organization, which also owns the Landry’s properties, the Golden Nugget Casinos and Hotels and the Houston Rockets basketball team.