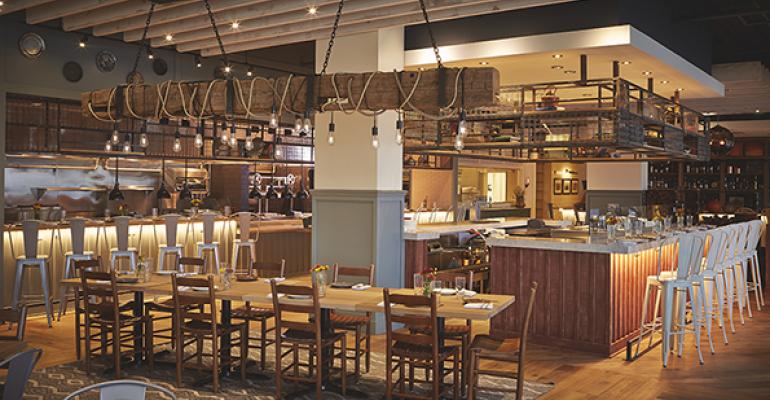 Fans of Bravo’s Top Chef cooking competition will remember Kevin Sbraga as the winner of the Season 7 culinary fisticuffs. Since then he’s gone on to open a modern American restaurant, Sbraga (Esquire named it a Best New Restaurant in 2012) and The Fat Ham, which opened in 2012 and serves small plates of Southern comfort food. Both are in Philadelphia. His newest restaurant—Sbraga & Co.—which recently debuted in Jacksonville, FL, focuses on the cultural influences of Northeast Florida. Sbraga’s grandmother was born in Jacksonville. Nearly half of the menu at the new restaurant is dedicated to heritage crops and grains. Many foods, including meats and seafood, are cooked on a six-foot wood-fired grill. Here’s a look inside Sbraga & Co.